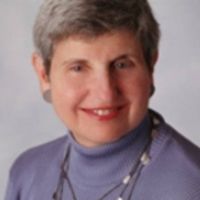 While one expects an oral history by Judy Lichtman to be rich in feminist lore – and this one is – it begins with the equally fascinating story of how she came to the field of gender advocacy.  Her history is refreshingly candid and self-aware – acknowledging her strengths as well as some early doubts and misgivings, all the while giving due credit to fellow pioneers without whom the movement would not have progressed in the manner it did.

Growing up as the daughter of liberal parents in the 1940s, Lichtman recalls the terror of a childhood in the McCarthy era, including an aunt threatened with deportation if she didn’t report on union activity (she didn’t) and strangers rummaging through her leftist parents’ garbage.  She realized early on “how fragile democracy is . . . [and] that you have to work very hard to keep it in place.”

Lichtman was one of only two women in her 1965 law school graduating class.  Frustrated though she was at the humiliations and inequalities female students faced in law school, “that was part of what we signed up for in this system, so we took it.”  There was no field of gender rights at the time; civil rights was focused on racial equality and Lichtman was drawn to the fray.  She helped organize freedom rides to the South and then got a job with the federal government advising Southern school superintendents on what they needed to do to comply with the 1964 Civil Rights Act.  Incredibly, compliance (and thus eligibility for federal funds) required only that there be one black pupil per grade.  The bar could hardly have been lower.  With refreshing candor, Lichtman describes how a Northern white girl, doing “God’s work” in implementing Brown v. Board of Education, could be oblivious to some of the social and economic issues facing blacks.

She didn’t remain oblivious for long.  She came to understand much of the Southern way, including why so much of the leadership in the black community emanated from funeral parlor owners and church leaders.  (These are people whose economic security was not dependent on whites.)  Newly married to a lawyer working on civil rights issues in segregated Mississippi, Lichtman and her husband lived in a black neighborhood.  She was the first white to be hired as a faculty member at Jackson State College (an HBCU).

When a wonderful career opportunity opened for her husband in D.C., they moved back North and Lichtman got a job with the then-powerful U.S. Commission on Civil Rights.  In that position, she held hearings in both the North and South on school desegregation and the problems of white flight.

It took a while for Lichtman to make the connections between race and gender, and it is fascinating to read her progression.  (It includes the fact that she believes she was denied a promotion at the Civil Rights Commission because she was pregnant.)

Friends founded the Women’s Legal Defense Fund (now The National Partnership for Women and Families) in 1971.  During its first years it operated on a shoestring, relying on volunteers to litigate and hold public education classes.  In 1974 they obtained a $30,000 grant from the D.C. Junior League.  This munificent sum enabled them to recruit an executive director – their first paid employee – and they wanted Lichtman.  Her lobbying and advocacy for the organization and on behalf of women’s rights is now legendary.  She remained Executive Director until 1988 at which time she assumed the presidency of the organization.  In 2004 she stepped down from that position to become a senior advisor.

Lichtman’s recounting of her years with the organization is filled with the roller coaster emotions that inevitably went with the job.  While the legislative and judicial activism of the Carter era facilitated many changes, Lichtman reminds us of some of the problems of that time.  Although farsighted on many issues of gender equality – including his appointment of women to the bench – Carter’s views were not fully aligned with those of the Legal Defense Fund.  As Lichtman recalls, Carter was adamantly opposed to abortion.  Moreover, he replaced Bella Abzug as Chair of the Federal Commission on the Status of Women “for having the temerity to want to look at the entire federal budget’s impact on women.”

Lichtman’s strength – largely developed during her years with the more established civil rights organizations – lay in lobbying and coalition building, skills that were essential as new legislation was proposed to meet the feminist tide.  She also became a formidable fundraiser.  Lichtman reminds the reader of what a slog it was to get passed some of the landmark legislation in the field, including the Family and Medical Leave Act and the Pregnancy Discrimination Act.  It took nine years – during which time it was twice vetoed by the first President Bush – to get the Family and Medical Leave Act signed into law (by President Clinton).  The push and pull of that fight, the strange bedfellows with which her organization was allied, and the compromises it was and wasn’t willing to make provide compelling reading.  As of 2010 when her oral history was completed, she estimated that the Act had been used at least 100,000,000 times.

Lichtman also provides behind-the-scenes insight into the Bork and Thomas confirmation hearings, both of which her organization was deeply involved in.  Interestingly, although the outcome of the Thomas hearing is a source of tremendous angst, she draws a connection between his hearings and the 1991 Civil Rights Act, which gave plaintiffs the right to money damages in successful suits against employers for sex discrimination.

The history is full of many such insightful connections and reflections, on a personal as well as professional level.  Lichtman not only provides a primer for effective advocacy, but connects dots that are not necessarily self-evident.  That is what makes this oral history so worth reading. 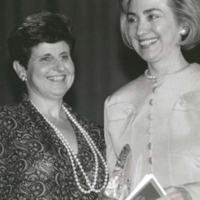 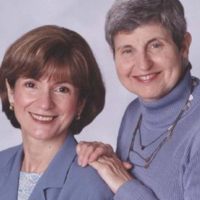 With Debra Ness, President of the National Partnership for Women & Families 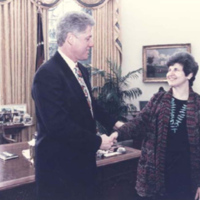 With President Bill Clinton in the Oval Office 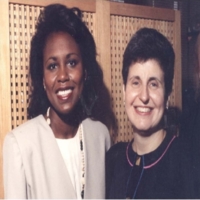