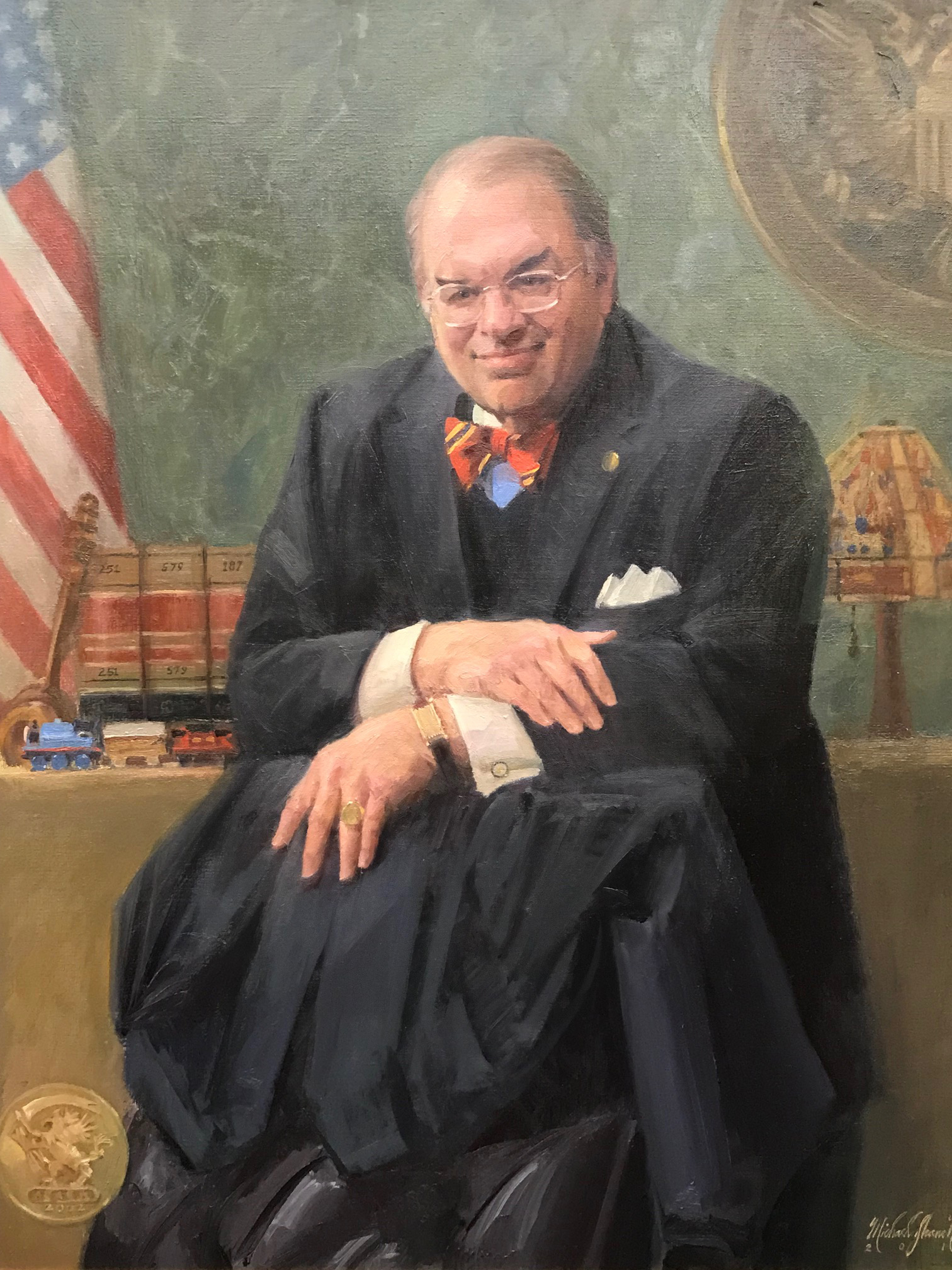 Portrait Ceremony
Program of Ceremony: May 11, 2018

Artist
Michael Shane Neal began his artistic career when he was 21 and has since completed over 600 portraits which are displayed in the United States and around the world. He was commissioned to paint the portraits of Justice Sandra Day O’Connor, former Secretary of Energy Spence Abraham, and U.S. Secretary of the Navy Ray Mabus, among many others.

A protege of renowned figurative and portrait painter Everett Raymond Kinstler, Neal’s work has been featured in a number of publications including American Artist, International Artist, Art News, and The Artist’s Magazine, which listed Neal as one of 20 contemporary artists considered “On the Rise” in 2004.

Considering himself a “people person,” Neal’s paintings portray the character and personality of his subjects as well as their outer likenesses.

Neal and his wife, Melanie, own “Lone Oak,” a historic 100-year old English manor-style country home in Nashville, where Neal maintains his studio.