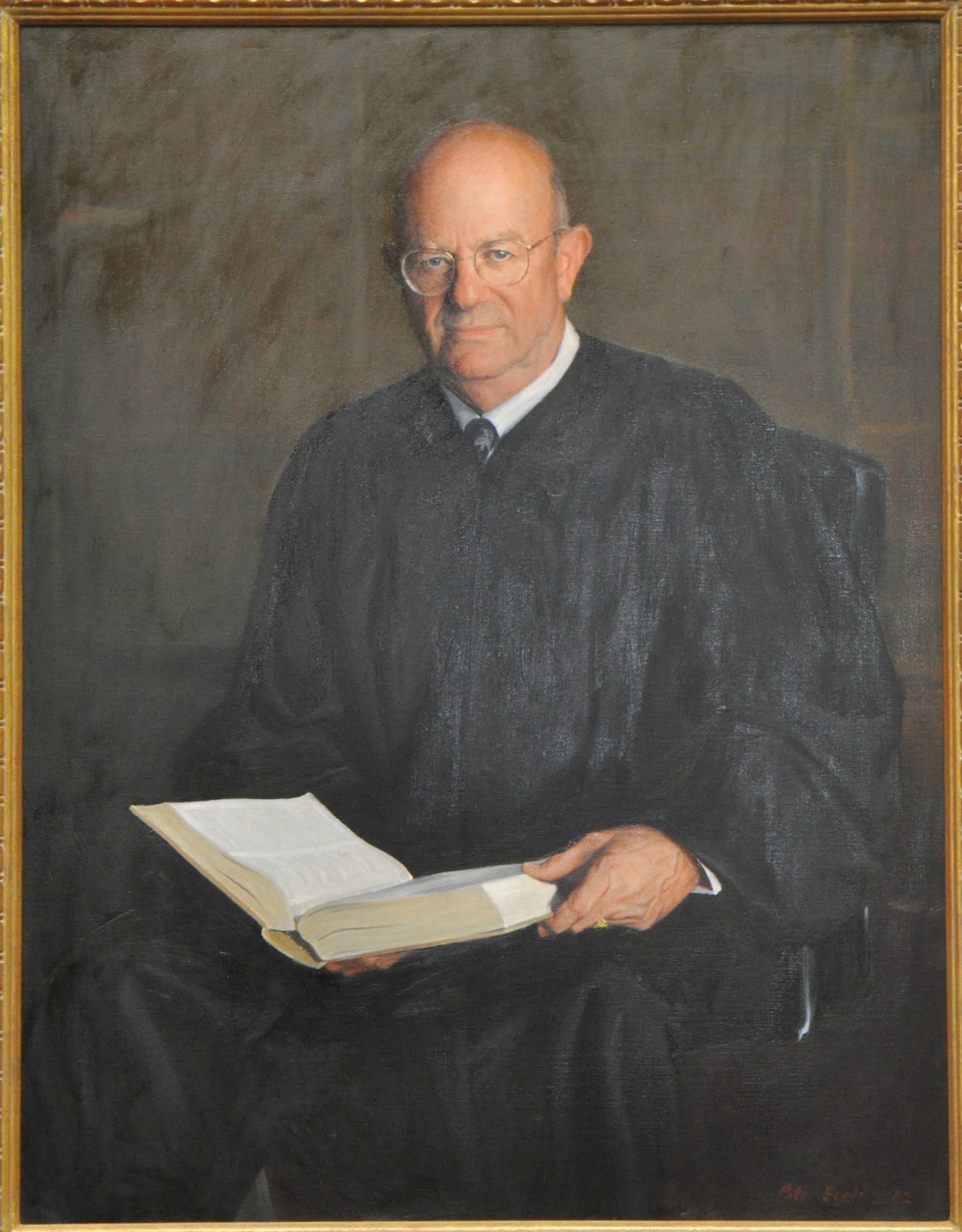 The Two Lives of Laurence Silberman: Political Service and Judging

By Steven A. Steinbach
Based on Laurence H. Silberman’s Oral History for the D.C. Circuit Historical Society

Followers of the federal judiciary obviously recognize Laurence Silberman as a preeminent member, for more than three decades, of the Court of Appeals for the District of Columbia Circuit. A leading proponent of judicial restraint, Judge Silberman has authored hundreds of opinions and was a finalist for a Supreme Court nomination on no fewer than three occasions.

Perhaps not as well known, however, is Judge Silberman’s fascinating pre-judicial career – where, among other things, he authored a path-breaking plan for affirmative action, defended the integrity of the Justice Department during the darkest days of Watergate, became an intelligence advisor to several presidents, and served as U.S. Ambassador to Yugoslavia – in addition to stints at law firms, professorships at law schools, work on a presidential campaign, and even an interlude as a California banker.

These pre-judgeship years – as well as his service on the D.C. Circuit – are absorbingly covered in Judge Silberman’s newly-posted Oral History, taken for the Historical Society of the District of Columbia Circuit in 2001 and 2002, and then updated in 2008, by Raymond Rasenberger (who himself worked for John and Robert Kennedy, specialized in aviation law, and founded the D.C. firm of Zuckert, Scout & Rasenberger).

To be sure, a reader of Judge Silberman’s Oral History will gain numerous insights into his judicial philosophy.  Indeed, those in search of crystallizations of Judge Silberman’s views will not be disappointed.  For example: “It has always seemed rather simple to me that in a democracy federal judges appointed for life should not allow themselves to make policy judgments, but should do their very best to interpret the policy judgments Congress makes and turns into legislation, as well as the policy judgments that are embodied in the Constitution.” (In contrast, he continues, too often the Supreme Court has “simply invented new constitutional provisions to cover policy objectives they wished to pursue.”)

And how, in practice, does a judge apply “judicial restraint” and a devotion to the “original meaning” of the Constitution? By proceeding on the basis “that there is a theoretical right answer to every case.” More generally, Silberman maintains that the nation has produced too many lawyers – “too much of [our] best talent [has gone] into law as opposed to business” – and that, in his view, excessive “lawyering” poses an existential threat to “democratic capitalism.”

Judge Silberman also reflects on several of his significant opinions – including Morrison v. Olson (where he found the independent counsel statute unconstitutional on several grounds; its reversal by the Supreme Court was “my greatest disappointment as a judge”), the Iran-Contra prosecutions, and litigation over the Patriot Act – as well as the reasons why he believes that judges should always draft their own opinions.

But equally interesting are Judge Silberman’s recollections on his varied career path prior to taking the bench. After growing up as “a gross underachiever,” Silberman attended Dartmouth College (which he picked largely because of its minimal math requirements and where he performed “not spectacularly”) and Harvard Law School (which he “loved”). In passing, Silberman bemoans what he considers the “intolerance of any kind of conservative views” in the world of academia. “At Dartmouth, I despised [Joseph] McCarthy for his intolerance of political views on the left. . . . I have been sorely troubled that liberals in the United States haven’t taken up the cudgels to prevent the universities from becoming so intolerant against conservatives.”

In his Oral History, Silberman also takes up his own cudgels against law review articles (generally “awful”) and critical legal studies (“intellectual garbage”). After his schooling was completed, Silberman settled in Hawaii, where he practiced labor law.

In 1967, Silberman began work as an appellate advocate for the National Labor Relations Board. Before completing his initial stint of government service in 1973, he had risen to become Solicitor and then Undersecretary of the Department of Labor.  It was as Solicitor of Labor that Silberman (under the direction of then-Secretary of Labor George Shultz) developed the Philadelphia Plan, which imposed affirmative action mandates on federal construction contractors. (Silberman later recanted his work in a 1977 Wall Street Journal op-ed piece.) He also was instrumental in drafting both the Occupational Safety and Health Act and ERISA legislation.

Silberman resigned from the Department of Labor after a run-in with Chuck Colson, who was improperly “trying to fix” DOL enforcement actions. At the time he left government service, the Watergate investigation was in its early stages, but Silberman had already become convinced “that Nixon was guilty.” (Subsequently, while in private practice, he declined the representation of John Ehrlichman.)

In the wake of the Saturday Night Massacre, Silberman returned to government service as Deputy Attorney General, serving under newly appointed Attorney General William Saxbe. Especially because of the earlier Colson incident, Silberman believes he was perceived as a “white hat.” During his Senate confirmation proceedings, he pledged to respect the independence of the special prosecutor. Reflecting on these perilous times during the final months of the Nixon administration – which were “like walking through a minefield blindfolded” – Silberman observes: “I used to tell people, we had an obligation to loyally carry out the President’s policies except where we were prosecuting him.”

In his Oral History, Silberman recounts a particularly tense one-on-one telephone call with President Nixon, who was more or less asking him (improperly, in Silberman’s view) to intervene in the prosecution of Treasury Secretary John Connally.  He also remembers learning that during the final days of Watergate, Secretary of Defense James Schlesinger had instructed the military not to follow any orders from the President concerning deployment of military forces.  Says Silberman:  “That impressed me as a major constitutional crisis. My response was to resume smoking.”

After Nixon resigned, Silberman continued at DOJ. He ran the Department on a day-to-day basis, assisted President Ford’s efforts to deregulate the airline industry, and played an important role with respect to judicial appointments (although he became disillusioned that “many more of these Republican judges turned out to be activists than I would have suspected”).  But one of his most significant assignments was to review the “secret files” maintained at FBI headquarters by former Director J. Edgar Hoover.

In his Oral History, Silberman recounts that he was “shocked, stunned to my toes” at what he discovered: that Hoover had used “scandal material” to “blackmail Congressmen, Senators, and other political figures into supporting the FBI,” and that the Bureau had been “terribly” misused for political purposes in particular by Presidents Lyndon Johnson and Franklin Roosevelt (including, in the former’s case, to collect “dirt” on Barry Goldwater, Robert Kennedy, and others). Concludes Silberman: “After I read those files, I was convinced Hoover was the single worst government official who had served in the 20th century, and it breaks my heart to see his name on that FBI building.”

Following his service at Justice, Silberman was considered for various positions in the Ford administration, including as Special Trade Representative, Assistant to the President for Intelligence, head of the Central Intelligence Agency, and the country’s first Jewish ambassador to Germany. Eventually, he was appointed Ambassador to Yugoslavia. His reflections on those years of service (from 1975 to 1977) can be found in a separate oral history he completed for the Department of State (see Foreign Affairs Oral History Project) .

After Yugoslavia, Silberman returned to private practice, teaching, writing for a think tank, and (unexpectedly) working as Executive Vice President of Crocker Bank (then one of the nation’s largest). But he remained active in politics, serving as a foreign policy advisor to candidate Ronald Reagan during the 1980 campaign. In that capacity, he visited Nicaragua and met with Daniel Ortega.  Also in that role, he unintentionally attended a meeting with a mysterious foreigner who broached the possible release of American hostages in Teheran to then-candidate Reagan. We have only one president, Silberman retorted as he shut down the meeting.

In September 1985, Silberman was nominated by President Reagan to a D.C. Circuit seat, and he was confirmed by the Senate only a month later. But even then, Judge Silberman continued his non-judicial contributions to the country, serving in 2004-2005 as a co-director (along with former Senator Chuck Robb) of a bipartisan presidential commission to investigate the “intelligence debacle” surrounding the absence of weapons of mass destruction in Iraq.

Accompanying Judge Silberman’s Oral History are several of his speeches, including his vivid reflections on Watergate.