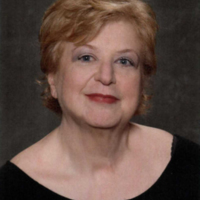 Few people have had as deep an imprint on the practice of law as Esther Lardent.  She may be the most noteworthy lawyer you never heard of.

Often dubbed the “Queen of Pro Bono,” Lardent transformed makeshift volunteerism on behalf of low income clients into organized programs that are now ingrained in the culture and everyday life of countless law firms.  She described how it happened in a series of interviews for the American Bar Association’s Women Trailblazers Project before her death in 2016.

She recalled what used to be.  Those were the days of the Legal Aid Society and what she called “Hey Joe Programs.”  “Somebody’s secretary would call up and say, ‘Hey Joe, would you take a divorce?’  Very noblesse oblige.  I thought this was a time when we could do something different.”

That was in the 1960s and early 70s.  A graduate of the University of Chicago Law School and living in Boston where her husband had a medical residency, she said to herself, “I went through law school, all that hassle.  I should do public interest litigation.”  She started volunteering in a “kind of iffy” neighborhood at an organization called the Cambridgeport Problem Center, dealing with “the usual low-income issues” – evictions, disability benefits, domestic violence.  “It meant a lot to these folks,” she says, but it was frustrating.  “I just felt it was like a drop in the ocean.”

The federally funded Legal Services Corporation was created in 1974 with lawyer-staffed offices around the country.  Unintentionally, says Lardent, that is what led to a nationwide pro bono movement.

“As a sop to conservatives, “ she says, “who were concerned that these wild-eyed, radical carpet-bagging lawyers would come down and sue every institution in the state,” a measure was added to encourage the use of local lawyers in private practice as pro bono volunteers.  Experimental projects were funded in six cities starting with Boston.  Lardent was hired to run the Boston bar project at a salary of $17,000 a year.

There were challenges.  Lardent says some members of Congress viewed the projects as a “stalking horse” for a national Judicare program.  Staff attorneys in the Legal Services program were suspicious that the local bar projects were meant as an alternative, not a supplement, to their offices.  And then Ronald Reagan was elected President.

“When he was Governor of California he tried basically to destroy California Rural Legal Services which represented migrant workers, and he came damn close to doing it, he and Ed Meese,” says Lardent.  Their proposal:  zero funding for Legal Services.  That meant no money for the pro bono initiatives.  “It was devastating,” Lardent remarks.  “People were beginning to really get a feel for what the potential was, and then BOOM.”

Surprisingly, she recalls, “It turned out in a strange way to really be a blessing.”   She says “people came together” to maintain the Legal Services funding.   She ran “A Lawyers March on Washington” to meet with key members of Congress.  The ABA and the organized bar “decided to own the issue.  It was dramatic.  It was fabulous.”

In the end, the Legal Service Corporation retained three-quarters of its funding, a portion of which was to develop and support the voluntary participation of private lawyers.  “That is when pro bono exploded,” Lardent recalls.  “The Legal Services program started to get really smart about working with bar associations.”  The ABA created a pro bono support project.  Fifty pro bono programs grew to 900.  “It was really just amazing.  It was something good coming out of something terrible.”

In a series of life-changing events, Lardent ran the Volunteer Lawyers Project of the Boston Bar Association, administered a technical assistance grant from the Legal Services Corporation, got divorced, and tried living and teaching law in New Mexico.  She says she was traveling all over the country and responding to so many phone calls about setting up volunteer programs that friends claimed the telephone company was paying her fifty cents for every long-distance call from someone who said the words “pro bono” – back in the days when long-distance calls were a profit center for the telephone companies.

A profusion of phone calls from the indefatigable Sally Determan at Hogan brought her back to the East.  Lardent remembers her saying, “You have to come to D.C., you have to, D.C. is your place.”  Determan, the incoming chair of the ABA Section on Individual Rights and Responsibilities, wanted Lardent to head a project to recruit more volunteers to handle post-conviction death penalty representation.  Civil rights organizations furnished some lawyers, but “the numbers on death row were growing so quickly that it just overwhelmed them,” says Lardent.  She acknowledges Determan convinced her to do it, “even though I knew nothing, nothing, nothing about death penalty law and stayed far from criminal practice, which scared the bejesus out of me.”

“It started out purely as a recruitment effort,” according to Lardent.  “We actually managed to get twenty million dollars in federal funding to set up death penalty resource centers in states like Texas and Alabama and Virginia to provide training and resources to these lawyers who were far outside of their practice area and their skill sets.”

After a while, however, she began to wonder what she had gotten into.  “I’d be getting ready to refer a case, and I’d be thinking, what if I can’t find somebody?  I mean, this guy is going to die.  I mean, literally, his life is in my hands.  There were moments when it was a tremendously exciting time.  But I missed the civil side.  I missed some of the pro bono stuff.”

Then the Ford Foundation approached her with a grant to study and strengthen law firm pro bono participation.  It became her watershed moment.  She repeatedly encountered resistance because of the negative impact pro bono had on billable hours – the metric by which lawyers and law firms were evaluated, rewarded, and measured.  What to do?

Lardent’s solution:  count pro bono time as billable hours.  She remembers the initial response of her friend Sally Determan.  “Oh, you’re so Pollyannaish.  That’s so sweet, but firms will never do that.”

Lardent mobilized a campaign to convince the large law firms that they had an obligation to the profession to devote a percentage of their work time to pro bono – to be counted the same way that billable time was.  She set a goal at three to five percent, although some pledged as much as 15 percent.  Using the bar associations as leverage, she also induced corporate law departments to embrace pro bono as an ethical responsibility.

She coaxed bar publications and law periodicals into devoting substantial coverage to pro bono, and used such heavyweights as retired Justice William Brennan and Attorney General Janet Reno to promote its adoption.  She created the Pro Bono Challenge, pitting firms against each other to reach a higher level – and called attention to each success.  In 1996, she established the Pro Bono Institute in Washington as a fixture in the legal landscape.

“Initially,” says Lardent, “people said to us, three or five percent of billable hours, are you crazy?  It’s like money walking out the door.  How can we do that?  And now it’s considered entirely feasible and doable and everybody strives toward it, and it’s really – it’s just amazing.  All of a sudden people just started coming to us and talking about it and wanting to do programs.  It’s like they were waiting for somebody to whisper ‘pro bono.’”

It never stopped.  In 2020, The American Lawyer reported that lawyers in the nation’s top law firms contributed 5.4 million hours to pro bono activity.  The ABA Model Rules of Professional Conduct aim to have every lawyer provide – without fee – at least 50 hours of legal services a year to needful clients.  Nearly every state has an ethical rule that calls upon lawyers to render pro bono services.  At least 39 law schools require students to engage in a minimum number of hours of legal pro bono or similar volunteer work as a condition of graduation.

The reach of Lardent’s work went beyond the legal profession.  She was approached by a “tech person” who wondered why pro bono couldn’t apply to professional services and the world outside of lawyers?  She encouraged him to start a nonprofit called the Taproot Foundation to provide free services to disadvantaged business professionals.  She joined the Board.  At the time she was interviewed, Lardent proudly proclaimed that Taproot had just done its one-thousandth project.

“It is such a gift to do this every day,” she said.

Esther Lardent was interviewed from 2006 through 2012 by attorneys Erica Knieval Songer and Maureen Thornton Syracuse. 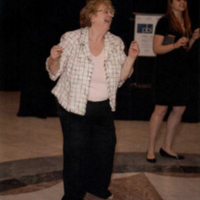 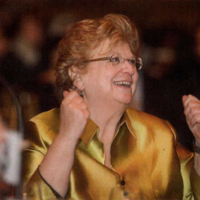 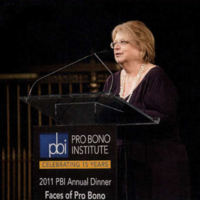