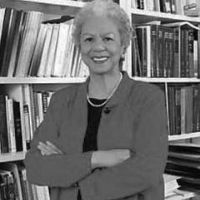 Where does it begin?  What is the spark that starts a teenager – being raised by her mother in near poverty in the public housing and segregated schools of Norfolk, Virginia — on a path to the top of American law and education?

Was it when a friend of her uncle noticed Patricia King liked to read, and bought her a subscription to the Sunday New York Times?

Did it happen when her high school physics teacher urged her to take the college entrance exam and wrote out a check for the application fee?

Or did it happen when her uncle mortgaged his house to supplement the scholarship she received to attend Wheaton College in Massachusetts?

In an oral history, conducted by Georgetown Law professor Naomi Mezey, Patricia King says only that her interest in law “took root” when a date invited her to attend a moot court at his law school.   “I watched and listened carefully to the arguments and thought, I can do this,” she recalls.

“This was also the period in which the idea of using the law to achieve equality was in full force,” she says.  The Civil Rights Act of 1964 had just passed.  “Jean Cahn, a founder of legal services, Marian Edelman, Eleanor Holmes Norton – it was the beginning of public interest law in furtherance of social justice ideas.”

In 1966 King entered Harvard Law School, one of 40 women in a class of 500-plus.   Three of the women were African-American.

“Male students noticed what we (women) wore, how we sat and made comments about our physical characteristics,” she says.  “I remember one really nasty crack about a woman’s thighs, for example. And, of course there was Ladies’ Day when only women were called on in property class to discuss dower rights. ”

King was not given to quiet acquiescence.  In her first week at Harvard, when all of the first year African- American students received a letter offering them tutorial assistance, she confronted the Vice Dean. “I guess I was always a little belligerent,” she concedes.  “I asked whether Harvard had looked at the files of the white students they had admitted to determine who might benefit from this offer of services.  He said he hadn’t.  It was group labeling.”

She also pushed back against what she saw as the elitism of the women’s rights movement, which had gained momentum as she was graduating from Harvard in 1969.  It became a “source of tension” for her, even though she regards herself as a feminist.

“To a great extent the feminist movement was composed of upper class and professional women.  Betty Friedan, for example, talked about women in the suburbs in the 1950s.  What she described did not reflect my experiences or the experiences of women I knew.”

She adds, “The movement didn’t really appreciate the issues of middle and low income women of any race.”

Nonetheless, King says, “I did appreciate that there were issues that were important to women of color, and women of color should be involved.”  She went to work as Special Assistant to the Chair of the Equal Employment Opportunity Commission in Washington.

“This was a real eye-opening experience for me,” she says, referring to the hard work of allocating attention to competing priorities.

“In the context of thinking about sex discrimination, the agency needed to focus on working women — women of all races and ethnicities and income levels.”  But, she says, “The guidelines on sex discrimination were viewed by some as detracting from the focus on race.  As a black woman, I knew how important the race issue was.”  Yet, she strongly believed that black women needed to commit themselves to women’s issues, as well as race.

The convergence of the two issues became King’s recurrent theme as she moved to the Department of Health, Education and Welfare as deputy head of the Office of Civil Rights, and then, later, to the Department of Justice.   According to King, “the complexity of being a black woman” also helped her to see things personally.

“Both racial justice and gender justice were required if I were to fully realize myself as a human being.  It was not an either/or proposition.”

In her work and public appearances she emphasized that women’s liberation also meant men’s liberation, and that the civil rights and women’s movements together were leading to change and opportunity.  It was not always an easy sell.

“Many men have difficulty freeing themselves of gender stereotypes because they understand change as losing,” she says in her oral history.  “I think they are wrong, but certainly some men don’t see what’s in it for them.”

After Richard Nixon won the presidency In the early 1970’s, King found herself in what she describes as a “very ticklish situation.”  “I couldn’t see myself working every day defending Nixon’s position on school desegregation.  As fate would have it, I had received a call from Paul Rothstein, a professor at Georgetown Law.  He called to ask if I would be interested in law teaching, which I actually had not thought about before.”

King became the first African-American tenured at Georgetown Law.  She was believed to be the first African-American woman tenured in the entire University.  Her groundbreaking work on bioethical controversies involving abortion, reproductive technologies and fetal status brought her widespread recognition.  Her views could be described as moderate – in contrast to those who saw abortion primarily as an aspect of personal freedom. “I thought the ethical framework for maternal-fetal matters should be an analysis of duty and obligation,” not just “notions of autonomy and individualism.”

On one matter she was not moderate, and that drew national attention.  In 1991 she testified in a telecast Senate hearing in opposition to the U.S. Supreme Court nomination of Clarence Thomas.

“I was really sort of outraged,” King recalls.  “Apparently one of the administration’s strategies was to emphasize the Thomas rags to riches rise, probably to shift the focus away from his lack of experience and meager record on the Court of Appeals.”

What really upset her was the derogatory way Thomas talked about his sister “as a person who was always waiting for her welfare check.” A fuller account showed that his sister had been on welfare for a while, but usually worked and supported her family.  Thomas was the one who had been given all the opportunities in his family, she noted pointedly.

“Thomas doesn’t care about women,” she recalls testifying.  “He doesn’t really even care about his sister.”  King says Thomas didn’t appreciate what others had done for him in escaping poverty. “He didn’t understand about standing on shoulders.  He didn’t understand that he was able to attend Yale because of the work of others.”

King knew something about poverty.  When she decided to apply to college, Wheaton was the only school she wrote to.  Her mother could only afford one $15 application fee.

Poverty often means powerlessness, in King’s view, and that permits the perpetuation of racial and gender discrimination, especially for African-American women.  Her answer: racial and gender progress – what she calls “justice”’ — as the appropriate compensation for the historical disadvantage of slavery and segregation.

King credits her husband, Roger, with encouraging her to speak out.  Roger Wilkins was a renowned African-American civil rights leader, educator and Pulitzer Prize winning journalist.  He died in 2017.

She recalls that he always said she was like Ironweed.

“I asked what is Ironweed?  Roger explained that I was like a little weed that comes through the crack in the sidewalk and nobody can keep the weed down, they just grow and grow.  And he said you’re as tough as nails.  You’re a survivor.”

“I didn’t know whether it was an insult or a complement at the time, but I have come to understand that Roger understood my life trajectory very well.”