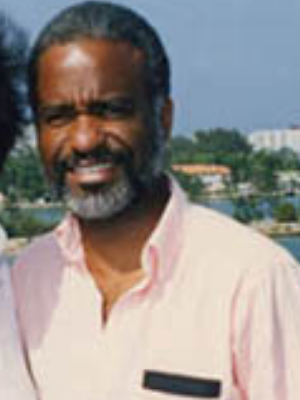 For a reason that couldn’t possibly be anticipated, it is indeed fortunate that Henry Kennedy, who is African-American, was born – and spent much of his childhood and then summers after his family moved to D.C. – in Columbia, South Carolina.  As I came to know him through our interviews, Judge Kennedy is an optimist – a realist, yes, but nonetheless an optimist; the glass is always half-full, not half-empty.  And so he recalls growing up in South Carolina as “very, very pleasant,” even under Jim Crow rules.  Yes, he couldn’t use “this beautiful, beautiful baseball field we used to pass” because it was segregated, and he had to sit at the movie theatre in the balcony “where the Colored would sit.”  But the baseball field was on the way to the swimming pool where he would spend the entire day with his cousins.  And sitting in the balcony “didn’t detract at all from the pleasant experience of going to the movies with my cousins.”

The Kennedy family was not wealthy, at least by material standards:  his father was a postal worker and his mother a teacher (with a masters degree in education from N.Y.U., paid for by the State of South Carolina because no in-state graduate program was available to Blacks).  But they were rich in other ways:  he says he was “[j]ust absolutely blessed with wonderful, wonderful parents” who made it clear that education was a “very, very big deal.”  Was that unusual?  Judge Kennedy says no:  among the people he grew up with, particularly his cousins, “they all became educated people” – doctors, accountants, school principals, professors.  Like Judge Kennedy, his younger brother and much younger sister went on to get law degrees and have distinguished careers.

Now move forward to 1996.  Judge Kennedy had been a judge on the D.C. Superior Court for 17 years.  He had enjoyed his tenure there, but he wanted to undertake – as he put it – the “very challenging” work in federal district court where the decisions “have wider effect.”  Following up on his inclination, he successfully negotiated the process of applying for a federal judgeship and getting President Clinton to nominate him.  But then he faced what seemed to be an insurmountable obstacle in getting the Republican controlled Senate to confirm him.  He couldn’t even get a hearing before the Judiciary Committee.

This is where the luck of Judge Kennedy’s birthplace – and his extraordinary initiative – came into play.  He knew that Strom Thurmond, the Senator from South Carolina (formerly an arch-segregationist and 1948 Dixiecrat candidate for President) “was a master politician” who prided himself on constituent services.  So Judge Kennedy contacted his South Carolina family members – including a cousin who had been South Carolina physician of the year and another cousin who had been educator of the year – asking them to write to Senator Thurmond to use his “good offices” to get “this very experienced judge who has distinguished himself on the Superior Court” confirmed.

The cousins did as Judge Kennedy requested, with the result that a Judiciary Committee hearing was scheduled.  Even better, Senator Thurmond introduced him to the Committee and – as Judge Kennedy described it – “said some very nice things about me.”  Judge Kennedy added that he would never forget the response from Senator Orrin Hatch, the Committee Chair:  “You know, Judge Kennedy, with an introduction like that from our esteemed former chair of this committee, Senator Thurmond, one would say you are virtually assured of being confirmed.”  And so he was:  unanimously voted out of Committee and approved by the full Senate with no vote in opposition.  “And to this day,” said Judge Kennedy, “the White House political operatives at the time still marvel at what I did.”

By way of a postscript, Senator Thurmond had not actually met Judge Kennedy until they talked very briefly in the hallway immediately before the Committee hearing.  In his deep Southern drawl, the Senator said, “Judge Kennedy, you have made an excellent name for yourself.  I certainly hope you never do anything to taint that name.”  And, of course, he hasn’t.  Quite the contrary, Judge Kennedy served honorably and competently until retiring from the federal bench in 2011.