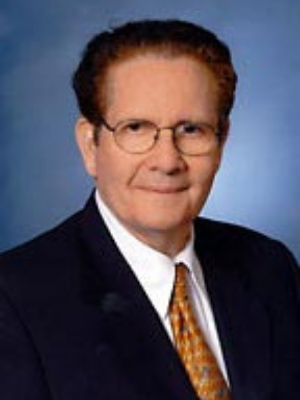 His advertisements call him the “King of the Malpractice Bar.” Adversaries have said that he seems arrogant and even vindictive in the courtroom, and he admits to being tough and sometimes destroying his opponents’ expert witnesses. But readers of the oral history of Jack Olender will be surprised to learn that, in private, he is a shy and remarkably self-effacing lawyer who credits intense preparation, thorough investigation, and lessons learned from scoldings and defeats as a fledgling litigator – not courtroom technique – for his longtime success as a personal injury lawyer.

Olender is the son of an Eastern European immigrant father who never graduated high school and who began his grocery business with a pushcart, and of a first-generation-American mother whose family earned a living by selling dairy products from the first floor of their home in Ohio. Olender was born in the steel mill town of McKeesport, Pennsylvania, near Pittsburgh. He made signs and displays for his father’s store, and his father urged him to go to art school to become a commercial artist. Instead, he studied accounting at the University of Pittsburgh, coursework that he was told would help him think logically. He graduated summa cum laude, and though accepted to Harvard Law School, he chose to attend law school at Pittsburgh so that he could remain close to home and help with the family business. That, he says, is probably what resulted in his becoming a personal injury lawyer rather than a New York law firm associate. But he also settled on personal injury law out of a belief that it is noble to get money for people who are hurt. Readers will be interested in his eloquent explanation of why he opposes caps on personal injury damages.

After losing one of their sons in a sledding accident and another to the flu of 1918, Olender’s parents were very protective of him. He was not allowed to have a bicycle or to travel in other teens’ cars to high school debate tournaments. He compensated by turning his energy to his studies and to hard work. The key to his success, Olender explains, is the knowledge he developed by obtaining a master’s degree in forensic medicine, regularly reading medical journals, and frequenting medical conferences (even when he was not welcomed by medical professionals in the audience whom he had sued on behalf of his clients). His graduate studies led him to publish articles on the evaluation of pain and suffering in personal injury cases. He is fully conversant about labor and delivery procedures, making it small wonder that in 1976 he won a landmark $2.5 million verdict in a case called Janetta Moore v. Washington Hospital Center, the first over-$1-million verdict in the country in an obstetric malpractice suit. Might this case have been the inspiration for the 1982 Paul Newman movie The Verdict? In any event, Olender is gratified that a hospital executive told him that the suit was the best thing that ever happened to “shape up” hospital obstetrics departments. He also takes it as a high compliment, and as a sign that he is doing his job, that local physicians have anonymously referred injured patients to him as potential clients.

Early in his career, Olender understood the challenges faced by minorities seeking to enter the legal profession; he recounts how, to be admitted to the Pennsylvania bar, a law graduate had to first complete a preceptorship, a practice used by some to exclude Jews, Italians, and African-Americans. Those interested in how to achieve diversity in their law practices will want to read about how Olender recruited a pool of talented African-American women attorneys for his small personal injury law firm, an outcome that is impossible not to notice as one views photos in the firm’s reception area. Some of the firm’s success in that regard can be traced to a scholarship program Olender created for the benefit of students at the University of the District of Columbia David A. Clarke School of Law and the Howard University School of Law.

Olender also created the Olender Foundation, consciously embracing the core value his father taught him by example: the importance of being charitable. The reader will enjoy the story of how Olender learned the importance of charitable giving as a young boy on a stool at his father’s store counter, where he was tasked with writing the checks for his father to sign to make the scores of donations that his father gave at the end of each year. 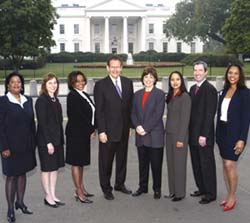