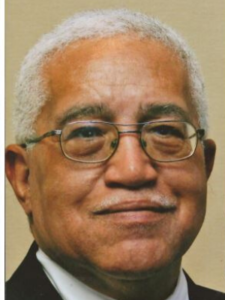 For anyone looking for hopeful distraction from the doldrums of Covid-19, I can recommend an encounter with the life and career of Arthur Louis Burnett, Sr., now 85 years old.  He is a retired Judge of the District of Columbia Superior Court and served as the first African American to be appointed as a United States Magistrate Judge – and he is the subject of a new oral history.

Born in a farmhouse without running water in rural and segregated Virginia in March 1935, Judge Burnett’s rise to accomplishment and his attitude and demeanor combine to create an inspiring American story.  He fed the chickens and pigs at home and suffered the indignities of segregation.  But he showed promise at an early age.  His high school agriculture teacher wanted him to go to Tuskegee Institute to become an agricultural expert.  His Baptist minister, with whom he had worked as an assistant youth preacher, urged him to attend Virginia Union Theological Seminary (for “colored” persons).

“But,” as he says, “I wanted to change society and help bring equality and justice to Negroes, seven days a week, not just preach on Sundays on how to get to Heaven.”  So, after stellar undergraduate work at Howard University, graduating summa cum laude, he ended up at NYU Law School under unusual circumstances. In 1954, after Brown v. Board of Education, the young Burnett was selected to be the test case to integrate the University of Virginia Law School, where he had applied for admission.  He also applied to New York University School of Law and elsewhere and was accepted at every school – except UVA.  But the NAACP made a tactical decision not to proceed legally against Virginia at that time, in light of its focus at the time on the Little Rock integration battle.  The Commonwealth of Virginia ultimately agreed to fully fund Burnett’s tuition and living expenses at NYU to avoid a confrontation.  Burnett graduated 24th in a class of 267.

The oral history covers Judge Burnett’s subsequent experiences in the Honors Program at the Department of Justice, where he worked for an extended period as a special assistant to Attorney General Robert Kennedy.  He later became the Legal Advisor (now called General Counsel) to the District of Columbia Metropolitan Police Department.  In 1969, he was named the first black U.S. Magistrate (later, Magistrate Judge), a position he held for fourteen years during two separate appointments.

While a Magistrate Judge, Burnett spearheaded several important developments in strengthening the role of the Magistrate, catalogued in detail in the oral history, including changing the name of the position from “Magistrate” to “Magistrate Judge.”  He led efforts, along with the Federal Judicial Center, to improve the quality of affidavits for arrest and search warrants.  He helped broaden the role of preliminary hearings to permit defense counsel to call witnesses when the government sought to keep a defendant in custody in lieu of bail.  And he led the effort to convince Congress to give Magistrate Judges the authority to try civil cases with the consent of the parties, sitting as substitute district court judges without requiring a subsequent de novo trial before a federal district judge.  He became President of the National Association of United States Magistrates in 1984, and remains proud of his innovative contribution to both the criminal justice and civil litigation systems.

Judge Burnett was appointed to the D.C. Superior Court in 1987 and served as Judge and Senior Judge until 2004.  He also worked with Marion Wright Edelman as “Judge in Residence” at the Children’s Defense Fund.  After his “retirement,” he continued – and continues to this day – to be involved in the National African American Drug Policy Coalition and several other non-profit organizations.

As a black man growing up in the segregated South, Judge Burnett suffered all the indignities and injustices of the era, as his oral history recounts.  But throughout his life, he has retained a remarkable grace and equanimity – making the best of his situation rather than raging against it, but at the same time maintaining a commitment, developed early in life, to remedy injustice.