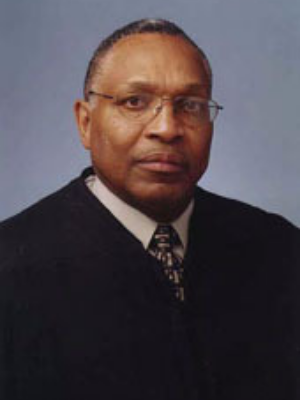 A DESCRIPTION OF THE ORAL HISTORY OF JUDGE REGGIE WALTON

Based on Judge Reggie Walton’s Oral History for the D.C. Circuit Historical Society

Don’t let the informality of the name fool you.  The picture of Reggie Walton that emerges from this interview by attorney Harold Talisman is that of a hard-driving, meticulous judge who is an expert at case management, and imposes “fairly stringent” timelines, and talks about “harnessing counsel,” especially in high-profile cases.

On the federal District Court since 2001, and twice on the DC Superior Court before that, Judge Walton is best known for presiding over the conviction of I. Lewis “Scooter” Libby, Vice-President Dick Cheney’s Chief of Staff and President George W. Bush’s National Security Advisor, on charges of perjury and obstruction of justice in connection with leaking the identity of CIA officer Valerie Plame.  The trial was notorious for the complexity of its multiple national security concerns and a swarm of motions and procedural puzzles.

Nonetheless, Judge Walton’s own description of his years on the bench reveals an unconventional side.  He likes the idea of permitting jurors to take notes and to ask questions under appropriate monitoring, especially in lengthy trials.  He gives jury instructions in plain, common-sense language, and then sends a tape recording of the instructions into the jury room for the jurors to play, if they wish.  Judge Walton says he almost never disagrees with a jury verdict.

Acknowledging his reputation as a tough sentencer, Judge Walton emphatically says he believes in punishment as a deterrent to bad behavior.  But he candidly discloses one question he always asks himself before sentencing a convicted defendant to prison: Is the person a potential threat to society if he or she remains free?

Some lawyers irritate Judge Walton, especially the ones that “cut corners.”  He says there are a lot of very good lawyers, but also a lot of very bad lawyers who fail to give clients the time and hard work they deserve, or who “try and win at all costs.”  “There are a lot of lawyers in today’s world who put winning at a premium. It becomes the bottom line for everything.”

Judge Walton’s first big break in life was literally a break, although he might not have seen it that way at the time.  “Surviving” his youth in what he calls the “tough” steel town of Denora, Pennsylvania, he was aiming for a career as a football player, and was even approached by the Baltimore Colts.  That ended when he broke every bone and ligament in his ankle.

He also admits to having several run-ins with the law as a juvenile.   At times he carried his father’s pistol. Years later, he says, that gave him the ability to appreciate why young boys get into trouble.

Life as a trial judge gave him some unexpected jolts.  He recalls “the hundreds of pieces of hate mail” he received from supporters of wildlife after he found no federal impediment to a state-sponsored bear hunt in New Jersey where authorities asserted the bear population was threatening humans.

Beyond life as a trial judge, Judge Walton served as Associate Director of the White House Office of National Drug Control Policy and Senior Advisor on Crime under President George H.W. Bush.  Later, he was presiding judge of the Foreign Intelligence Surveillance Court.

The oral history shows two revealing things about Judge Walton’s nature.  As a demanding judge, he says bluntly, “I expect people to be on time.” As a judge of human behavior, he values one simple thing – that people “have a good common sense of right and wrong.”