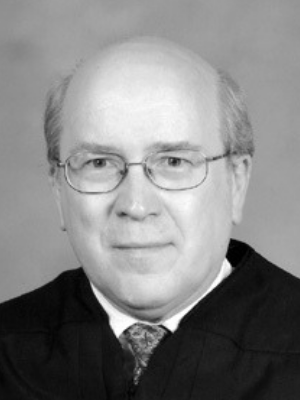 Judge John R. Fisher was Appointed to the District of Columbia Court of Appeals in 2005 by President George W. Bush.

Following law school, Judge Fisher clerked for two years for the Honorable Joseph P. Kinneary, United States District Judge for the Southern District of Ohio. He came to the District of Columbia in 1976 to join the United States Attorney’s Office, serving in a variety of trial, grand jury, and appellate assignments from 1976 until 1983. Judge Fisher then served as an Assistant United States Attorney for the Southern District of Ohio form 1983 to 1986.  In 1986, he became Of Counsel to the law form of Vorys, Sater, Seymour & Pease, in Columbus, Ohio, where he specialized in complex civil litigation.

Judge Fisher returned to Washington, D.C. in 1989 to become Chief of the Appellate Division of the United States Attorney’s Office for the District of Columbia, a position he held for over sixteen years. In this capacity, he supervised criminal appeals in the D.C.Court of Appeals and the United States Court of Appeals for the District of Columbia Circuit, managed the work of a forth-five person division, and briefed and argued appeals, including sixteen en banc cases before the D.C. Court of Appeals or the D.C. Circuit.

As Chief, Judge Fisher also emphasized the concept of “preventative appellate advocacy”-appellate attorneys providing advice and guidance to trial lawyers to prevent some troublesome issues from arising on appeal.

Judge Fisher has worked on bar committees dealing with the Rules of Professional Conduct. He served for six years as a member of the D.C. Bar’s Legal Ethics Committee. He also served on the Advisory Committee on Procedures of the United States Court of Appeals for the District of Columbia Circuit. He was Treasurer of Washington Farm United Methodist Church for five years.

Judge Fisher has received the Harold Sullivan Award from the Assistant United States Attorneys Association, a Director’s Award for Executive Achievement from the Director of the Executive Office for U.S. Attorneys, and the John Marshall Award for Outstanding Legal Achievement for Handling of Appeals from the Attorney General of the United States, among other recognition.

Judge Fisher is married to Margaret Fisher, who is an instructional assistant focusing on character education at an elementary school in Fairfax County. They have two children.

Courtesy of the Fisher Family 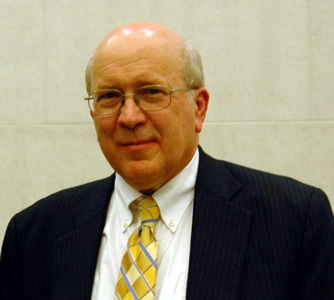 A Summary of the Oral  History of Judge John R. Fisher

Judge Fisher’s oral history, completed in 2011, explains how, as chief of the Appellate Division of the U.S. Attorney’s Office, Judge Fisher choreographed the government’s strategy in criminal cases in the D.C. Circuit and the D.C. Court of Appeals.  His post as appellate chief involved not only editing hundreds of briefs but, just as important, training young lawyers and dealing with numerous difficult issues in the midst of their trials.

The oral history provides the chance to understand how a gifted appellate lawyer approaches his craft.  Of particular interest are insights based on Judge Fisher’s work personally handling some of the most challenging criminal appeals, including the convictions of Congressman Dan Rostenkowski for corruption and Jonathan Pollard for espionage.

Another area explored in the history is Judge Fisher’s transition from advocate to judge.

Finally, Judge Fisher’s is a story of how a love of reading led from growing up on a farm in rural Ohio to being the first in his high school to go to Harvard College and Harvard Law School.

Note:  The author of this summary, a former AUSA in the District of Columbia, often benefitted – like so many other prosecutors – from then-appellate chief Fisher’s wise guidance.