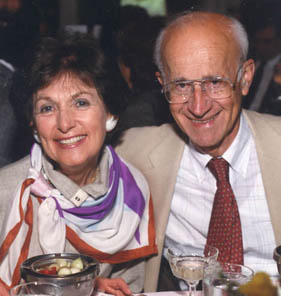 Mort Hollander: A Life in the Justice Department

By Judith S. Feigin
Based on Morton Hollander’s Oral History for the D.C. Circuit Historical Society

Mort Hollander was born at home more than 100 years ago in a Brooklyn neighborhood adjacent to an area overrun with “the Jewish Mafia” (led by Abe Relis). Hollander lived in a world where his law school had a tie and jacket dress code; there were only two women in his class (graduating in 1941); and the starting salary for a lawyer at “Jewish law firms” and the federal government was $2,000 a year. The white shoe firms paid the munificent sum of $2,600. The line between Jewish and non-Jewish firms was rigid. Despite being a member of the Columbia Law Review, Hollander could not get an interview at a non-Jewish law firm.

He opted for government service and moved to Washington D.C. Much to his horror, the city had segregated buses (blacks could sit only in the back two rows) and a popular drugstore chain (Peoples Drug) that refused to serve blacks at the food counter.

Hollander spent over thirty years at the Department of Justice, most of that time as head of what ultimately became the Civil Division Appellate Section (now Appellate Staff, Civil Division). He dealt with at least 15 Attorneys General and Solicitors General, as well as many Assistant Attorneys General (AAGs) who went on to national prominence (e.g., L. Patrick Gray, William Ruckleshaus, and Warren Burger). Hollander was not shy about giving his impressions of these men and detailing what he thought made for good leadership in these positions.

Hollander also spoke about some major cases with which he was involved (e.g.. Feres v. U.S., which has likely saved the government billions of dollars over the years, yet he believed was wrongly decided). In addition, he reminisced about some behind-the-scenes policy maneuvering in the Department.

As a leader who strongly protected his troops, Hollander was involved in getting the Department to finally allow attorneys to work part-time; he protected (from the wrath of AAG William Rehnquist – a “hatchet man for the administration on [judicial] nominations”) a DOJ attorney who had testified without Department approval against Harold Carswell, a Nixon nominee to the Supreme Court; and he told AAG L. Patrick Gray that if he fired one of Hollander’s attorneys for having earlier been charged with marijuana possession, he’d have to fire Hollander too. (Gray didn’t.)

In 1979, radical Iranian students took over the U.S. embassy in Tehran and held 52 Americans hostage. President Carter issued an executive order freezing all Iranian government assets held in American institutions. As it turned out, most of the funds were in Parisian and London branches of American-owned banks. The Iranians filed lawsuits in both cities challenging the president’s authority to order a freeze on assets overseas, and Attorney General Benjamin Civiletti sent Hollander to Europe to deal with the attendant litigation.

Hollander soon learned the futility of his efforts. “The notion of French sovereignty and British sovereignty made it impossible to make [our] pitch.” In the end, the issue was resolved politically rather than judicially.

But Hollander came away with a very different view on the status of the hostages from the one presented to the American public. As he told it, reports from the American embassy in London indicated that the hostages were actually “living it up” in the embassy.

Unfortunately, Mort Hollander died before his Oral History was completed. But even in this aborted version, one gets a strong feel for mid twentieth-century life at the Department of Justice.

Courtesy of the Hollander Family 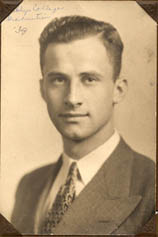 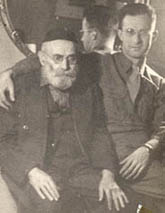 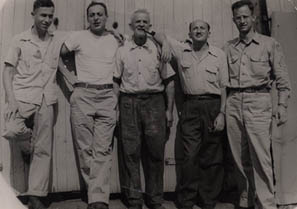