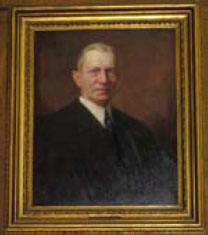 Artist
Signed but illegible, painted in the 1930s.