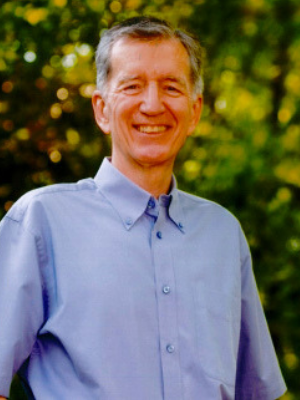 J. Patrick Hickey was born October 20, 1939 in Iron Mountain, Michigan, the second of four children of Edward J. and Jeanette G. Hickey. His father was employed in the theater business, and was also a talented musician and band leader.

He received a scholarship to Harvard Law School, and was awarded the LL.B. in 1963. He was then selected as an E. Barrett Prettyman Fellow in Trial Advocacy at the Georgetown University Law Center, Washington, D.C. for the 1963-64 academic year. He was admitted to the Bar of the United States District Court for the District of Columbia in December 1963, and served as a trial attorney for indigent defendants in criminal cases in that court during his Fellowship at Georgetown. He received a LL.M. degree from Georgetown in 1966.

In 1965, Mr. Hickey became a staff attorney with the Legal Aid Agency in Washington, providing representation in criminal trials in the United States District Court. (The Agency was a forerunner of the D.C. Public Defender Service, established in 1970.) In 1967, Mr. Hickey joined the Washington, D.C. firm of Shaw, Pittman, Potts, Trowbridge & Madden, where he had a litigation practice primarily handling aviation accident defense work.

In 1970, Mr. Hickey left private practice to join the newly established Public Defender Service, and remained there until 1979. He served as the Director of PDS from 1975-79.

In 1979, Mr. Hickey rejoined Shaw Pittman as a partner, and remained there until his retirement in 2008. (The firm became Pillsbury Winthrop Shaw Pittman in 2005).

From 1972 until 2003, Mr. Hickey served as counsel for the plaintiffs (residents of the D.C. Jail) in Campbell v. McGruder, a case in the U.S. District Court which found conditions of confinement at the Jail to be in violation of Constitutional requirements. The lengthy proceedings addressed continuing efforts to improve living conditions for persons confined at the Jail.

Mr. Hickey was married in 1970 to Frances J. Hummel. They have four children, Anne, Kathleen, Edward and Elizabeth. He is a member of the Bar of the United States Supreme Court and numerous Federal courts.