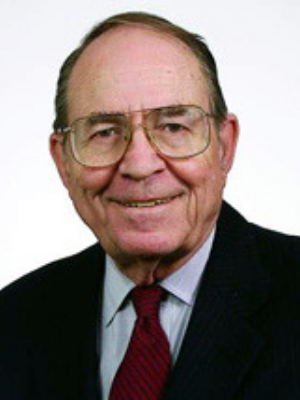 Jack Miller was born and raised in Minnesota, served in the Army during World War Two, and received his law degree from George Washington University in 1949. He became an associate with the small Washington office of a large Chicago firm, now known as Kirkland & Ellis. His practice was primarily litigation on behalf of a variety of clients, including one of Washington’s major newspapers.

In 1959, now a partner, he was asked to represent a three-person Board of Monitors appointed by the U.S. District Court in Washington. The Board’s mission
was to supervise the administration of a consent decree agreed to by the Teamsters labor union and some dissident members who had tried unsuccessfully to replace James Hoffa as its leader.

His work on this assignment changed his life and legal career in an amazing manner. Consider this:

What was it about Jack Miller that led to such a career?

From my years of experience with Jack Miller and as a result of taking his oral history, I would emphasize the following. First, he always was confident that he could do the job, whatever it might be. Second, he relished the opportunity to examine the legal issues in a new assignment and find some unique way to advance his client’s position. Third, he was intensely loyal to his clients and committed to preserve the confidentiality of their relationship. Fourth, his open and friendly personality invited both clients and opposing lawyers to be confident in their relationships with him. And lastly, he was terrific in dealing with younger lawyers and giving them the opportunity to grow and prosper. I know, because I was one of those younger lawyers.

So, read the interview, and make your own judgments about this outstanding Washington lawyer.

Military Service
U.S. Army in 1943, served in New Guinea, Philippines and Japan.
Discharged with the rank of Captain, 1946