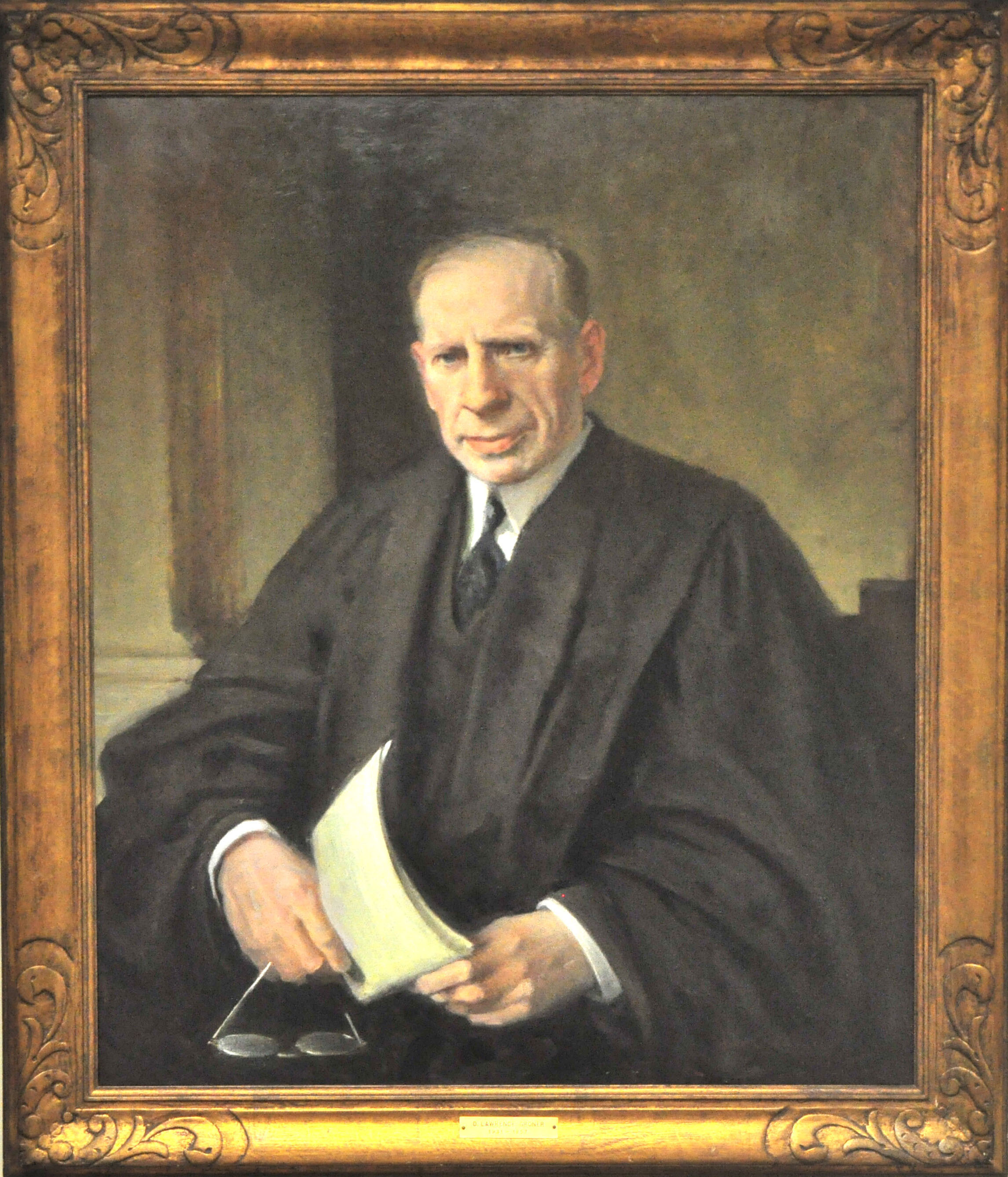 Judge, U. S. District Court, Eastern District of Virginia. Nominated by Warren G. Harding on May 26, 1921, to a seat vacated by Edmund Waddill, Jr.; Confirmed by the Senate on June 2, 1921, and received commission on June 2, 1921. Service terminated on March 3, 1931, due to appointment to another judicial position.

Artist
John Christen Johansen (1876 – 1964) was born in Copenhagen, Denmark, but moved to Chicago while in his infancy. He began his formal training in art at the Art Institute of Chicago and then studied wtih Frank Duvenek in Cincinnati. He studied at the Academie Julian in Paris and briefly, while there, with James Abbott McNeil Whistler. Mr. Johansen and his wife, also an artist, had separate but adjoining studios in New York and always painted together.

Elected Associate Member of the National Academy in 1911, he became a full Member in 1915. He became a member of many other artistic institutions including the National Arts Club, the Institute of Arts & Letters, and the American Federation of Arts.

Mr. Johansen exhibited his works both in the United States and abroad. He won prizes for his work at the Art Institute of Chicago in 1911 and 1928, at the St. Louis Worlds Fair in 1904, and at the Buenos Aires Exposition in 1910.