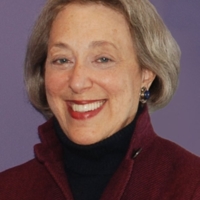 SUMMARY OF THE ORAL HISTORY OF MARCIA GREENBERGER,
FOUNDER OF THE NATIONAL WOMEN’S LAW CENTER

Fast forward to 2006, when the recording of this oral history began.  Her staff had grown to 60.  Her National Women’s Law Center was at the forefront of the gender equality crusade.

Interviewed by D.C. super lawyer Sheila Slocum Hollis, Greenberger says it all started in her undergraduate days at the University of Pennsylvania.  Her plan to get a Ph.D. in history and become a university professor was harshly discouraged by her advisor who said she would probably get married and never finish her Ph.D. and end up teaching history at a high school.  In fact, Greenberger noted, “I never had a female professor at Penn during the whole four years I was there.”

Two girlfriends led her to a different path, urging her to come with them to law school.  Why not?  Only three years.  No dissertation.

She had always been interested in politics.  As far back as high school she had been “absolutely enthralled by the Kennedys” and “dreamed” of having a job in Washington.  “I thought, at that point, that the most wonderful thing in the world would be to be able to go to Washington, to work in Washington, and to have a career in public policy and government.”

Greenberger remained in her hometown Philadelphia to go to law school at Penn.  Her law school class had 10 women in a class of 240.  After suffering the usual 1L humiliations, she says she learned to speak out, to perform under pressure, and “not to be treated like a wilting flower with an expectation that (she would) dissolve in tough situations.”

At Penn Law she acquired a couple of other things – most notably an affection for tax law and a husband.  Between her second and third years she married Michael Greenberger, who became a well-known law professor at the University of Maryland.  As for tax law, she gravitated to the boutique DC tax shop, Caplin & Drysdale, where she was the first female attorney.

She remembers pantsuits were an issue at Caplin, and at Covington and Wilmer.  “Pretty revolutionary.“   “This was one of our first successes,” she says.  “I did wear pantsuits.”

Her attachment to tax law and tax policy waned as she became the law firm’s representative to the Lawyers’ Committee for Civil Rights and the Washington Lawyers Committee.  She began working with former Supreme Court Justice Arthur Goldberg who had set up his own firm in the Caplin & Drysdale office.  He encouraged her to join one of the first public interest law firms, the Center for Law and Social Policy, which had started in 1969 with four young lawyers.  They believed the voiceless were no match for the well-funded and well-represented special interests in such matters as mining safety, the environment, consumer protection – and women’s rights.

Was women’s rights an issue that required a lawyer’s attention full-time?   Greenberger convinced them that it was.

“There was a lot of enthusiasm and excitement,” she says, recalling that the Center’s almost all-female administrative support staff gave her a boost.  They petitioned for more women lawyers, better pay, more attention to women’s rights – and no serving coffee.  They won.  “(There) was a real openness on the part of the Center lawyers to give it a try.”

If timing is everything, Greenberger’s timing couldn’t have been better.  The year was 1972.

“Ruth Bader Ginsburg had started the ACLU Women’s Rights Project and had won her first case in the Supreme Court, Reid v. Reid,” notes Greenberger.  “It was the first time there was a successful equal protection challenge based on sex discrimination.”  And she adds, “Statutes were also beginning to be considered in Congress banning sex discrimination.”

There was work to be done.  “It was unclear at the time what (Reid v. Reid) really meant,” she says.  “The Court did not articulate any new standard for reviewing sex discrimination cases.”  Thus, the Women’s Rights Project of the Center for Law and Social Policy was born.

The Project’s first “major venture”, as Greenberger describes it, came in 1974 when it sued the Department of Health, Education and Welfare and the Labor Department for dragging their feet in giving effect to Title IX.  “They were simply refusing to promulgate regulations, address complaints that were being filed, and were doing virtually no enforcement.”

One reason, she says, was collegiate football, “the thorniest issue,” with coaches and athletic directors and alums unprepared to sharing revenue with women’s sports.  “They went crazy.  HEW had a hornet’s nest to deal with.”

The Women’s Rights Project won a court order requiring the government to begin enforcement although elements of the case dragged on for 16 years.  (Yes, you read that right.)  Says Greenberger, “Over all these years from that beginning lawsuit we have been involved in virtually every case involving Title IX that has gone to the Supreme Court in every area, and in almost all the major inter-collegiate cases.”

Greenberger says the Women’s Law Project and other public interest law firms created a model in Washington.  Law firms traditionally had taken one case at a time, usually unrelated to others.   Something new happened, called legal advocacy.

“Law firms saw legal advocacy as covering a range of strategies from the actual lawsuits, to getting implementing regulations, advocating before government administrative and enforcement agencies about what those regulations should look like, to getting laws passed to begin with.”

Many causes required both litigation and legislation.  After it narrowly lost a Supreme Court case challenging the exclusion of pregnancy coverage in employer-provided health insurance, the Women’s Rights Project put its efforts into Congressional enactment of the Pregnancy Discrimination Act of 1978.  It won a far-reaching Supreme Court case extending Title IX protection to students harassed by other students.

By 1981, it was time to establish a stand-alone Women’s Law Center.  According to Greenberger, board member and former Congresswoman Patsy Mink said “we have to sound serious, we have to sound important,” and added “National” to the name.

The National Center widened its reach in 1987 when Robert Bork was nominated to the Supreme Court.  Bork did not believe that 14th Amendment equal protection reached sex-based discrimination, “challenging the very constitutional underpinnings of women’s legal rights,” says Greenberger.  “It really was a seminal moment for bringing to the public’s attention what legal rights for women really mean, and it has affected confirmation hearings ever since.”

The Center lobbied Congress successfully for Bork’s defeat.  “That is something I and my Center colleagues can look on with pride,” says Greenberger.  Ever since, she notes, the Center has campaigned for or against key judicial and executive branch nominees.

Lest she be accused of an anti-male perspective, Greenberger says men played a major role in creating the Women’s Rights Project and National Women’s Law Center.  “They were wonderful, wonderful.”  She cites specifically prominent lawyers Joe Onek, Charles Halpern and Justice Arthur Goldberg.

As for the women’s legal community in Washington, she says they were “fabulous.”  “They were women who enriched the lives of all us.”

As Marcia Greenberger reflects, “I’ve certainly been the beneficiary of luck, of doors opening, and of having the good sense to go through them.” 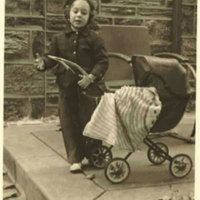 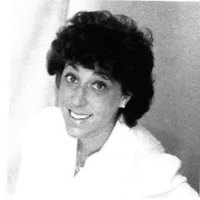 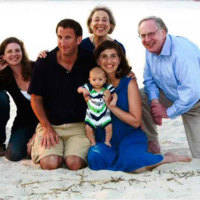 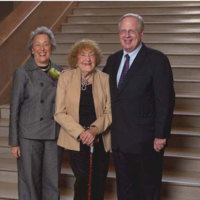