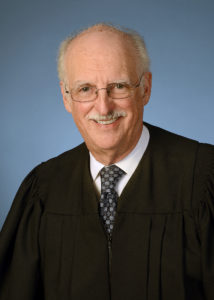 As this new oral history makes clear, Judge Douglas H. Ginsburg, through his service on the D.C. Circuit and his continued scholarly activities, has become one of the most significant intellectual forces on the federal bench during the last three decades.

Judge Ginsburg graduated from Cornell University, but his intellectual outlook was decisively shaped during his law school years:  “I was at the University of Chicago Law School at a very exciting time; I don’t know of anything comparable….[It] was a place of great intellectual ferment ….”  The law-and-economics movement was in full swing, and the young Ginsburg was influenced by such faculty figures as Richard Posner, Ronald Coase, and Richard Epstein.   He was a research assistant to a very different professor, Owen Fiss, an experience that led Ginsburg to think he too would like to be a law professor.

Ginsburg then clerked for Judge Carl McGowan on the D.C. Circuit – where he worked extensively on the Nixon Watergate tapes case –and the following year for Justice Thurgood Marshall.  Ginsburg decided to go right from clerking into the legal academy.  He and his good friend Hal Scott wanted to teach at the same law school; they got offers from several, and picked Harvard, where they started teaching in 1975.  During his eight years at Harvard, Judge Ginsburg taught labor law, broadcast regulation, regulation of financial institutions, economic regulation of business, and antitrust (which became his first love as a scholar).

While Judge Ginsburg loved teaching and writing, by 1983 he was ready to leave Harvard Law School, at least temporarily:  “The political division in the faculty was just unbearable….The Critical Legal Studies people were making mischief all the time, and nothing was too small for them to make an issue of it….”  So Judge Ginsburg embarked on a whirlwind tour of the Reagan Administration, bouncing from one interesting appointment to another from 1983 to 1986.  His first position was as Deputy Assistant Attorney General for Regulatory Affairs in the Antitrust Division of the Department of Justice.  A year later, he moved to the Office of Management and Budget, as Director of the Office of Information and Regulatory Affairs, where he played a key role in the Reagan Administration’s program of regulatory reform.  In 1985, Ginsburg returned to the Justice Department to be the Assistant Attorney General for the Antitrust Division.

In 1986 then-Assistant Attorney General Ginsburg was considered for appointment to the D.C. Circuit.  After some deliberation, he embraced the opportunity.  He was attracted, he said, by the opportunity to work with smart law clerks every year, but also by the prospect of becoming a colleague of his old boss, Judge McGowan, and the intellectual powerhouse judges already appointed by Reagan – Bork, Silberman, Williams, and Starr.  Ginsburg was confirmed by the Senate just before the November 1986 election.  Only a year later, at the age of only 41, Judge Ginsburg almost became a member of the Supreme Court.  (His nomination was announced on October 29, 1987, but – at Judge Ginsburg’s request – was not transmitted to the Senate by President Reagan.)

The oral history includes an extensive discussion by Judge Ginsburg of how he works with his law clerks to prepare for oral argument and in the opinion-writing process.   The clerks write extensive bench memos and meet with the Judge to discuss the cases before argument.   Judge Ginsburg’s opinion-writing style evolved quickly from classic “1970s-style” elaborate opinions “larded with footnotes” to a sparer, footnote-free style.  The Judge is a perfectionist: a typical opinion goes through seven or eight drafts.  In one important case, Judge Ginsburg and his clerks went through 32 drafts!

Judge Ginsburg served as Chief Judge from 2001 to 2008, during which time he presided over the construction of the dramatic large addition to the U.S. Courthouse.  The Judge elected not to move into an office in the new wing.  A major reason was that the new offices, for all their splendor, did not include a shower.  The shower in his chambers had been essential during the fourteen years (1993-2007) he lived on a farm more than an hour’s drive from Washington.  He often would come to the courthouse the night before an oral argument session and sleep in his chambers.

Despite carrying a full judicial load until he took Senior status in 2011, Judge Ginsburg has taught law school classes every year of his judgeship – at Chicago, NYU, Harvard, Columbia, and  — most frequently – George Mason.   He has often taught his favorite subject, antitrust, but – reflecting his broad intellectual scope – has also for 25 years  taught a seminar on “Readings in Legal Thought.”  Judge Ginsburg has also published dozens of articles in law reviews and elsewhere, concentrating on antitrust and constitutional law.

Judge Ginsburg’s outside intellectual activities led him into a minor controversy some years ago.  For many years Judge Ginsburg had been attending seminars on environmental policy sponsored by the Foundation for Research on Economics and the Environment (FREE) and (along with several other judges) had joined the FREE Board.  An organization called the Community Rights Counsel filed a complaint with the Judicial Conference, claiming that Ginsburg and the other judges violated conflict of interest standards by sitting on environmental regulatory cases while they served as FREE Board members.  Judge Ginsburg resigned from the FREE Board rather than contest the complaint.  The Judicial Conference eventually ruled in the judges’ favor.  It was a “tempest in a teapot,” but Judge Ginsburg has some choice words for the complainants:  the complaint “was based on…speculation or inference of a sort that, if…given credibility, would really mean that no one would qualify to be a judge because you wouldn’t be able to read books, or talk to people, or have any ideas, or get any ideas.”

The oral history includes Judge Ginsburg’s reflections on some of the most important cases and opinions on which he worked, including:  American Trucking Association v. EPA (ATA v. Whitman in the Supreme Court), involving the nondelegation doctrine; Business Roundtable v. SEC, holding an agency’s feet to the fire on regulatory analysis; United States v. Microsoft, the most important decision under Section 2 of the Sherman Act (monopolization) in decades;  Heller II, evaluating  the revised D.C. gun law in light of the Supreme Court’s Heller decision; and United States v. Maynard  (United States v. Jones in the Supreme Court), holding that the warrantless attachment of a GPS device to a car to track a suspect’s movements violates the Fourth Amendment. 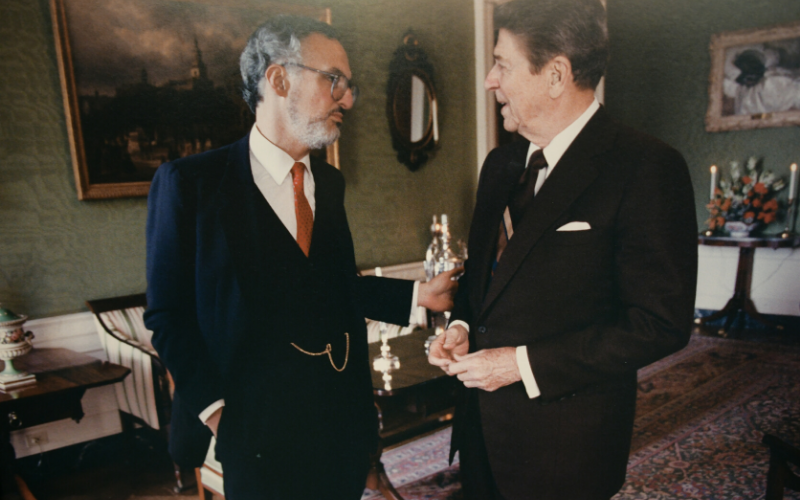 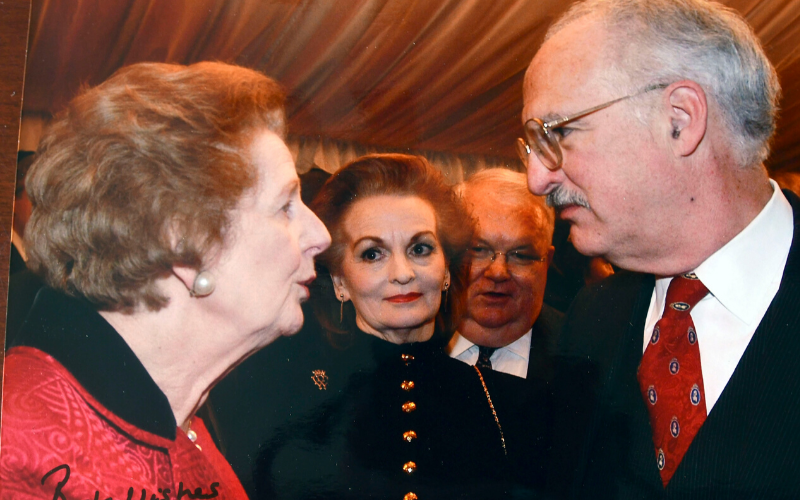