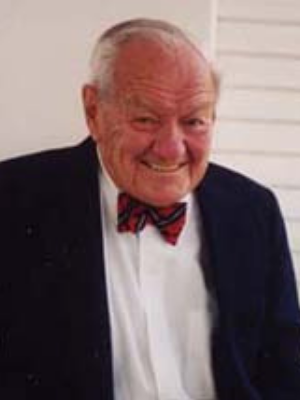 Warner Gardner and the Court-Packing Plan

The New Deal was President Franklin Delano Roosevelt’s response to the Great Depression. Beginning in 1933, he advanced an unprecedented series of legislative programs designed to promote relief, recovery, and reform. However, the legislation ran headlong into the concept of “liberty of contract,” exemplified by Lochner v. New York, 198 U.S. 45 (1905), and a case coming out of the D.C. Circuit invalidating minimum wage legislation, ultimately affirmed by the Supreme Court in Adkins v. Children’s Hospital, 261 U.S. 525(1923). In these and other cases, a divided Supreme Court invoked the liberty of contract precedents to strike down key aspects of Roosevelt’s program.

The oral history of Warner Gardner sheds crucial light on what was happening behind the scenes in Roosevelt’s clash with the courts in these cases and provides a stark example of his political maneuvering.

A young lawyer, Gardner had worked in the Solicitor General’s office for a year and a quarter when he was assigned to Attorney General Homer Cummings in 1936. The President’s re-election was imminent, and both the President and the Attorney General wanted to do anything short of a constitutional amendment “to rescue the New Deal Program from the apparently intransigent majority on the Supreme Court.” Cummings tasked Gardner with researching possible solutions, and Gardner devoted three months to the court plan.

Gardner concluded that the only avenue for change was through an increase in the number of justices, and this could only be effected through Congress. While Congress could not overrule Supreme Court decisions, it did have the power to change the number of justices. To this end, Gardner decided the solution would be to add a justice for each current member over the age of seventy.

As an 87-year old, he recalled, “I was 27 at the time and it seemed to me obvious that senility set in no later than the 70th year [….] I don’t subscribe to that view quite as heartily as I did then.” An inflation of the size of the Court was not his intent; it was generally assumed that the newly appointed justices would encourage retirement for anyone over 70, resulting in a different nine justices on the Court.

The main concerns of New Dealers were four justices, all over the age of seventy—Butler, McReynolds, Sutherland, and Van Devanter. They consistently opposed Roosevelt’s interventionist policies. Ironically, Justice McReynolds had served as Attorney General under Woodrow Wilson and had “suggested the same device for the district court judges.” Gardner completed the paper outlining the plan and then drafted a bill per Cummings’ request that both men were satisfied with.

Gardner recalls a meeting between himself, Cummings, Tommy Corcoran, and Ben Cohen. Corcoran and Cohen were presidential assistants who “contributed a great deal to the innovative thought of the whole New Deal program.” Their thoughts on the court-packing plan remained a subject of dispute between Gardner and Cohen’s assistant at the time, Joe Rauh. “Joe was very close to [Cohen and Corcoran] and said that they were horrified and thoroughly opposed.” Gardner saw no indication of these sentiments during their conference with Cummings.

Gardner does recall Cummings’ narrative changing after the completion of the draft. His justification shifted, and he urged that the justices over seventy were no longer capable enough to complete their own work and needed help. Gardner still agreed with Cummings’ ultimate objectives and was sent to the President as a representative of the Justice Department to answer questions that Roosevelt had about the plan and explain it in detail.

The Attorney General submitted the bill to Congress in February of 1937. Although Cummings introduced it as a bill to relieve old men, Bob Jackson, head of the Antitrust Division, “urged enactment strictly on the ground that the justices had abused their power.” The public, however, viewed the proposal as an “attack on the revered tradition” of lifetime tenure, and, as such, “not at all welcome.” Gardner attributes part of the outcry to opponents of the New Deal, Republicans and other members of various political and economic circles.

Despite regrets about the justification for the proposal, Gardner still believed that the legislation was necessary at the time. Its purpose was to remediate the presence of a Court that had struck down most attempts to cure the country of an economic depression and provide jobs to the one-third of workforce that was unemployed.

He credits the proposal, though unsuccessful, with the change in the attitude of the Court—notably, in Justice Owen Roberts, whose reversal of course was characterized as a “switch in time that saved nine.” Perceived as a skillful, politically motivated shift, Roberts swayed the Court to uphold minimum wage legislation in Washington State two months after the introduction of the court packing plan, thus reversing Adkins v. Children’s Hospital in West Coast Hotel v. Parrish, 300 U.S. 379 (1937).

Though the legitimate political motivations of Roberts’ decision were disputed, the perceived outcome was the preservation of the integrity of the Court system. The Supreme Court’s abandonment of “liberty of contract,” prompted in all likelihood by the specter of the court packing plan, cleared the underbrush and placed the New Deal on solid legal footing, thus helping America out of the Great Depression.

On Columbia’s recommendation I served as law clerk to Justice Harlan F. Stone of the Supreme Court during its 1934-1935 Term. There followed six years in the Office of Solicitor General, where I served under Solicitors General Reed, Jackson and Biddle. From 1938 to 1941 I was First Assistant to the Solicitor General.

I became Solicitor of Labor in October 1941 but after ten months moved five blocks west to become Solicitor of Interior. A year later I joined the Special Branch of the Army Military Intelligence.  I was shortly assigned to the British “code-breaking” unit at Bletchly, England, which after a half-year reassigned me to handle their “Ultra” intelligence at the 6th U.S. Army Group, forming the southern flank of the Allied movement across Europe. I returned to the Pentagon on the German surrender and to the Interior Department of the Japanese surrender.

Secretary Ickes resigned in February 1946 after a quarrel with President Truman. As the offices of Under Secretary and one of the two Assistant Secretaries happened to be vacant at the time, I was thrust into administrative and policy work, becoming Assistant Secretary in the spring of 1946. I resigned a year later n order to resume the practice of my profession.

I had expected to join the Columbia faculty but was persuaded by Frank Shea to join him in forming a new law firm. We had an unusually interesting calendar of litigation for a two-man firm, but for the first four or five years, having no significant clients of my own, I was perforce an assistant to Shea. By one accident or another that situation changed and there followed a half century of interesting but hardly momentous work at Shea & Gardner.

My last Supreme Court argument was in 1982, my last Court of Appeals argument was in 1988 and my last proceeding before an administrative agency was in 1989. The subsequent decade has been pleasant enough but lacks the promise of spring necessary to call it a time of hibernation.