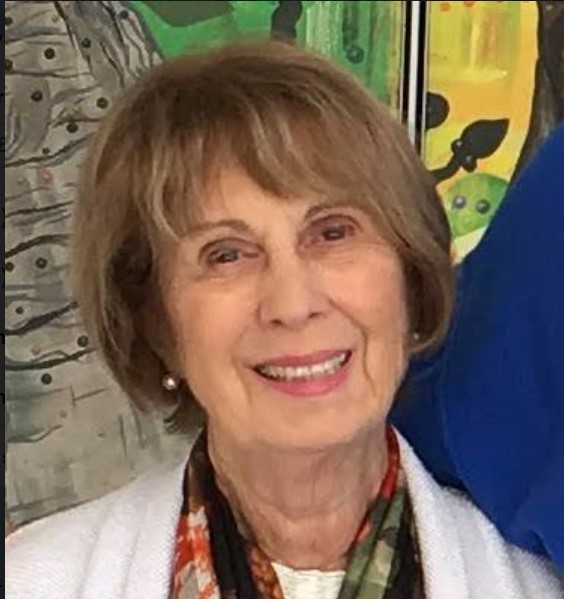 Ms. Freeman was in the courtroom that day only by happenstance. She had become an Assistant United States Attorney in the District of Columbia in 1964, only the eleventh woman in the District of Columbia to serve in that position. But by 1971, she had moved on to private practice, and was an associate with a small anti-trust firm. She was also on maternity leave on that day, having given birth to her first child about two months earlier. But, after joining the law firm, Ms. Freeman also started to take criminal defense appointments under the Criminal Justice Act. (“CJA”). Just before her son was born, Ms. Freeman had represented a defendant, Rufus Brown, in a murder trial before Judge Green. An expert witness on facial hair had testified that, as to her client, the clean-shaven perpetrator could not possibly have been Mr. Brown, who had a full beard merely two weeks later. He and his co-defendant, likewise misidentified, were acquitted. So, Ms. Freeman was in the courthouse as a spectator during the Fletcher hearing solely to petition Judge Green for additional CJA compensation for the Brown case, beyond the standard $15 per hour for out of courtroom work, and $30 per hour for in-court work.

As the Fletcher hearing progressed, however, one of the co-defendants, Eros Timms, indicated he was unhappy with his retained counsel, and wanted a new lawyer. Judge Green eyed Ms. Freeman in the courtroom, asked her to approach the bench, and asked her to take on Timm’s representation. Ms. Freeman asked for a few minutes to consider. She stepped out of the courtroom, found a payphone, and called her husband. Her husband said, “Take it.” She did. Soon thereafter — as Ms. Freeman quickly jumped into the fray — Judge Green recruited her law clerk to watch the baby in chambers while Ms. Freeman participated in another important hearing in the Fletcher case.

This story is one of many shared by Carol Freeman in her oral history given to the Historical Society of the District of Columbia Circuit. The oral history was conducted over four meetings from February to October 2021, in the midst of the worldwide Coronavirus pandemic, with interviewer Jodi Avergun, a former prosecutor and now Chair of the White Collar Defense and Investigations practice at Cadwalader, Wickersham & Taft. In her oral history, Ms. Freeman never portrays the course her career took as unpleasant or difficult. She acknowledges, however, that her trajectory as a trial lawyer was certainly impeded by the fact that she was a woman, and a Jewish woman, on a rare path for any female lawyer and working mother in the 1960s and 1970s.

The oral history also makes two conclusions evident, as her involvement in the Fletcher case exemplifies. First, whatever the impediments might have been, it is no cliché to say that Carol Freeman seized opportunities that did arise, or she made her own opportunities. Second, she had exceptional encouragement and support from her parents, her husband, and several legal mentors and colleagues, whose attitudes and actions are equally noteworthy for the time.

Born in 1937, and raised initially in Brooklyn, Ms. Freeman moved with her family to Manhattan by the time she started high school. In 1951, she passed the entrance exam, and started high school at the academically rigorous “Bronx Science”. As was the case for many talented girls of her generation, the career paths most frequently suggested to her were nursing and teaching. Her father, however, encouraged her to be a doctor, while her mother suggested she become a lawyer. She indulged both of her parents’ suggestions while at Wellesley College in the late 1950s, starting as pre-med but finishing as pre-law.

Ms. Freeman candidly admits in her oral history, however, that when she entered Columbia Law School as part of the Class of 1961, one of only fifteen women out of three hundred students in the class, she had no idea what lawyers really did. But she loved the study of law. She finished her first year at Columbia as a James Kent Scholar, an award reserved for the top five students in the first-year class. Law school success led to a two-year clerkship with Judge Charles M. Metzner in the Southern District of New York. There she saw what lawyers did — at least those who were in courtrooms. The clerkship sparked her determination to become a trial lawyer, and in particular a criminal trial lawyer. She set her sights, first, on becoming an Assistant United States Attorney.

Despite support from Judge Metzner, however, doors were slow to open for her with the U.S. Attorney’s Offices in New York. So, Ms. Freeman came to Washington, D.C. In 1963, she took a position in the Criminal Division of the Department of Justice. Assigned to the Appellate Division, she started writing jury instructions for every crime in Title 18. She argued her first appeal in September 1964, just a short time after interviewing for an opening at the U.S. Attorney’s Office. Astonishingly, Justice Brennan was in the building that day giving a tour to a group of British judges, and heard her argument. Perhaps more importantly, the United States Attorney, David Acheson, also heard her argument. Apparently, she was not rattled. The next day, she was offered the position as an Assistant United States Attorney.

At first as an Assistant, she was once again handling appeals. She was also arguing them before appellate judges such as Warren Burger, Skelly Wright, and David Bazelon. Years later, then-Chief Justice Burger boarded the same plane she and her family were on, and greeted her. Needless to say, Ms. Freeman’s father-in-law, a lawyer from Rochester, New York, was duly impressed and proud.

While in the appellate section, Ms. Freeman also kept her focus on becoming a trial lawyer.    Frequently, she took on assignments helping the over-extended trial Assistants with matters such as briefing and arguing suppression motions.  By 1966, Ms. Freeman succeeded in moving over to Criminal Trials.  By Ms. Freeman’s count, she was involved in 97 trials during her four-year tenure as an Assistant United States Attorney.  Yet, as an indication of how hard-won the position was in the 1960s, she understood that her transfer to criminal trials was debated and delayed because another woman had been permitted to try criminal cases before her, and had committed reversible error.

After her time in government, and following her representation of Eros Timm in the Fletcher case, Ms. Freeman never returned to the anti-trust firm. As she describes it in her oral history, she did criminal and civil cases from her basement for ten years as a solo practitioner. Then, in 1982, her former colleague at the U.S. Attorney’s Office, Ted Wieseman, became District Public Defender in Montgomery County. Ms. Freeman and her family had moved to Maryland several years earlier. Mr. Wieseman asked her to join him as Deputy District Public Defender, a post she held for seven years. If being an Assistant United States Attorney had been her favorite job, Ms. Freeman shared in the oral history, being a criminal defense lawyer was the most challenging, something that must have been apparent to her from her earliest cases. Eros Timm, for example, had been found guilty at trial, sentenced to life imprisonment, and was later killed in a knife fight while incarcerated.

Ms. Freeman left the Public Defender’s Office in the fall of 1989 and spent the next nine years as a solo practitioner. In the summer in 1998, she saw an advertisement for a staff attorney for the Pro Se unit of the United States District Court for the District of Columbia, to assist the judges with Pro Se cases. It was, she noted in the oral history, a symmetrical end to her long career, which had started with a federal District Court clerkship.

In 2004 Ms. Freeman retired . . . or at least she initially thought. Within a short time of leaving her position with the Pro Se Division, she undertook responsibility for the Cert Alert column in the American Bar Association’s Criminal Justice Magazine. For fifteen years, she wrote the quarterly column, focusing on apprizing criminal law practitioners about noteworthy cases before the Supreme Court, including immigration cases related to the area, and prisoner rights cases. She was likewise instrumental during her “retirement” with the administration of the William B. Bryant American Inn of Court.

Now, after retiring the second time, Ms. Freeman lives in Maryland with her husband of more than 50 years, Arthur Freeman, a retired State Department official. 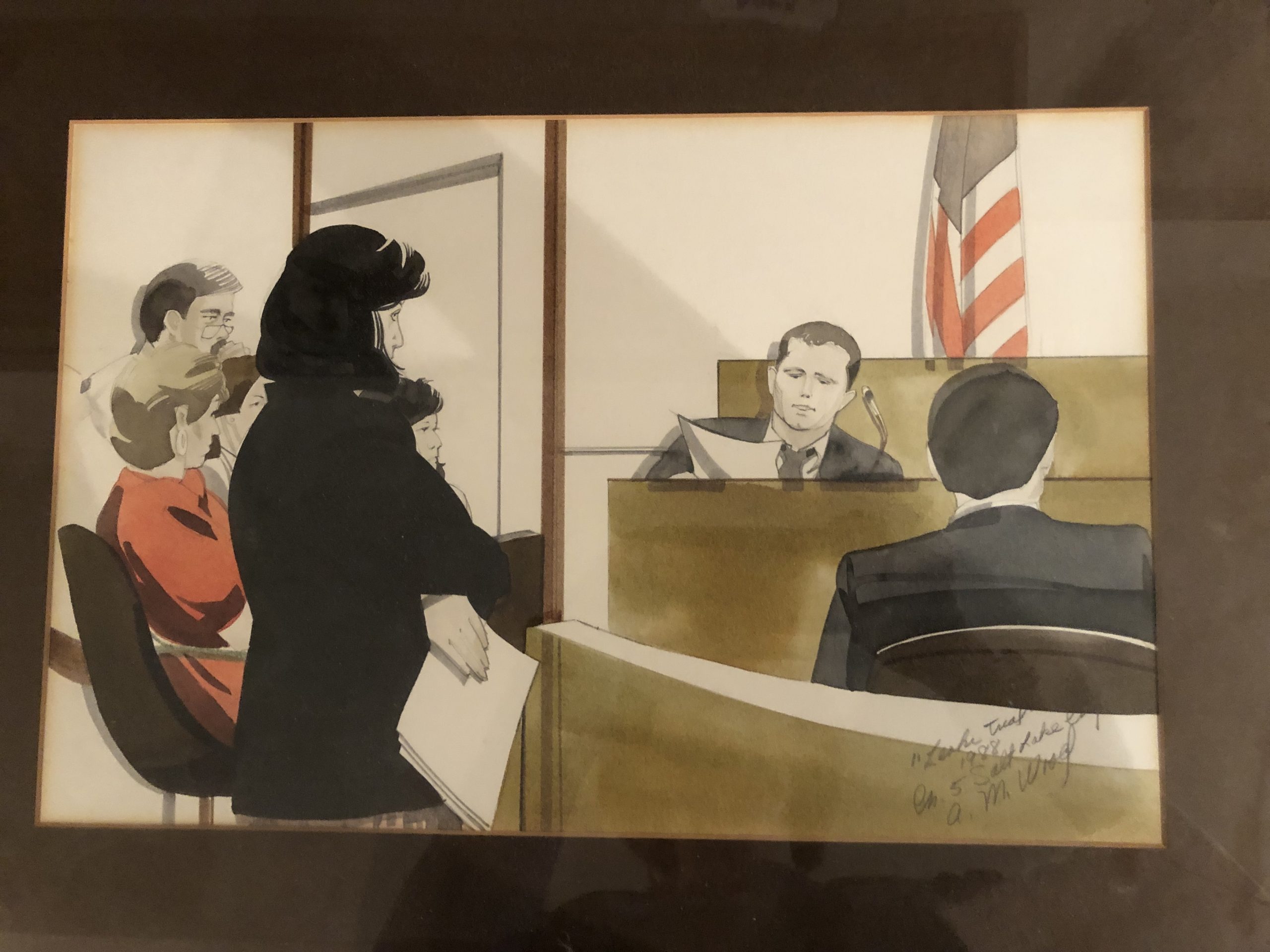 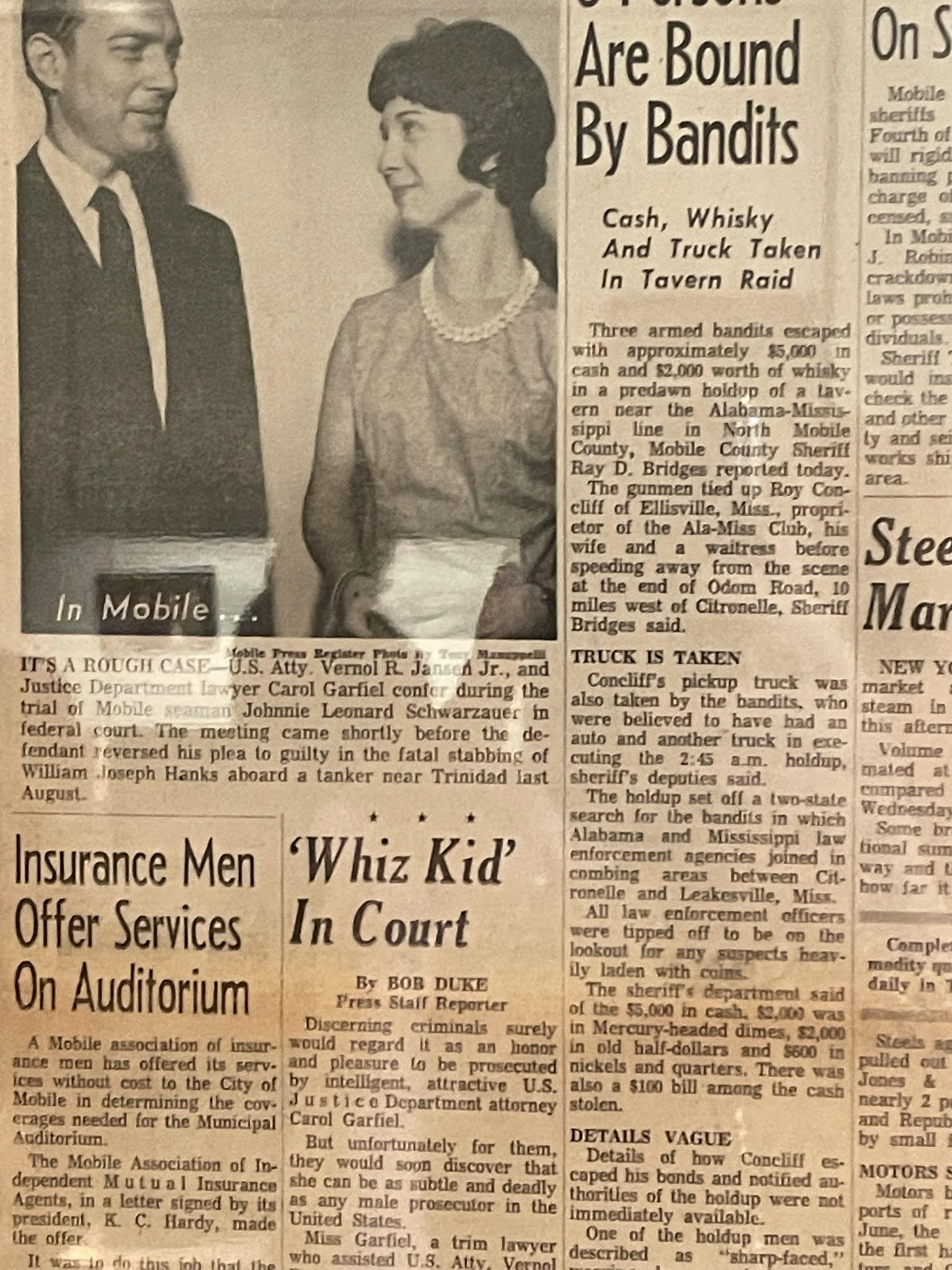