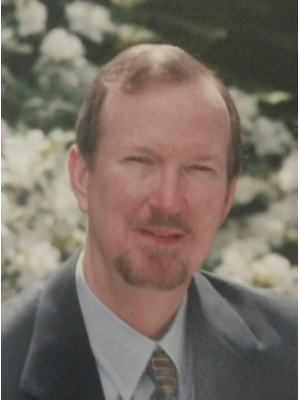 By Steven A. Steinbach
Based on Michael W. Farrell’s Oral History for the D.C. Circuit Historical Society

For nearly three decades, Michael Farrell has served as a judge on the District of Columbia Court of Appeals. But that was far from an inevitable career choice.

In his entertaining and unpretentious oral history, taken for the Historical Society of the District of Columbia Circuit by Lory Barsdate Easton, Judge Farrell recounts with relish his so-called “wandering years,” before he eventually gravitated to law as a second career. After growing up in “a conventional middle-class existence” in northern New Jersey, where his father managed an evening newspaper, and after attending Notre Dame for college (where he was “dazzling” in one, but only one, varsity basketball game), Judge Farrell decided to pursue a PhD in German literature. Over the course of the 1960s, he studied and travelled (or “wandered” as “a man of leisure,” as he puts it) in both the US and Europe, before finally settling down in the Washington area to teach foreign languages at Georgetown Prep, where he rose to head the English department. Judge Farrell describes himself as “the perennial student” – the “black sheep of the family” – “the intellectual one.”

Eventually, in his early thirties, Judge Farrell ended up – more through fortuity than design – attending law school at American University. Upon graduation and following a clerkship, he began handling criminal appeals for the Justice Department – soon followed by a long stint as Chief of the Appellate Division in the U.S. Attorney’s Office. His love of the appellate process – coupled with his facility for writing briefs and arguing appeals – made him a natural candidate for the DC Court of Appeals, to which he was appointed in 1989.

Because the District lacks an intermediate appellate body, the DC Court of Appeals is one of the busiest appellate courts in the country. Judge Farrell explains that he and his colleagues handle the full gamut of legal issues: all types of criminal cases (which constitute about half the docket); civil disputes, both complex and routine; appeals from administrative agency determinations; bar disciplinary proceedings; and a host of other matters. Despite the overwhelming workload, Judge Farrell adheres to the view that every litigant in every case deserves a written opinion, which he makes it his goal to draft and publish within ninety days. He practices his craft old-style: by carefully drafting opinions himself (as opposed to relying primarily on clerks), handwriting on long yellow legal pads, honing his style to be as concise as possible. As for electronic research, he wryly describes himself as “an old barnacle who would go down to the library and look up the digests.”

Disputes that make it to the appellate level are rarely easy to resolve, in Judge Farrell’s experience. Perhaps from an advocate’s or a client’s perspective, lawsuits appear one-sided. But “when you’re the decision maker, you suddenly realize that there are few legal issues where good things can’t be said on both sides of the equation.” The world is complicated; facts are “terribly messy”; and the relevant legal principles are difficult and contradictory. So often, observes Judge Farrell, “the difference between right and wrong, between this result and that result, is almost paper thin.” In the end, “you give it the best judgment you can and hope that you’ve got it right. . . . Welcome to the world of judging.”

In an important sense, Judge Farrell’s “wandering” phase has – fortunately – never really abated. As his oral history makes clear, he continues to grapple thoughtfully with the challenges of being an appellate judge. And despite his self-described “monastic” existence, he has managed to remain a genuinely passionate explorer of literature, opera, theater, and travel.

Judge Michael William Farrell was appointed to the District of Columbia Court of Appeals in 1989 by President George H.W. Bush.

Judge Farrell was born and raised in West Orange, New Jersey. He graduated from the University of Notre Dame with a Bachelor of Arts in English in 1960 and received his Master of Arts in German from Columbia University in 1966. Before turning to the law, Judge Farrell was Chair of the English Department at Georgetown Preparatory School in Rockville, Maryland. He received his law degree from the American University School of Law in 1973.

Judge Farrell’s legal career has always involved public service. Following law school, Judge Farrell clerked for the Honorable John P. Moore, Associate Judge of the Maryland Court of Special Appeals. He entered the Department of Justice as an attorney in the Criminal Division, Appellate Section the following year. In 1977, Judge Farrell joined the United States Attorney’s Office for the District of Columbia, where he served as Deputy Chief, Appellate Division before becoming Chief of the Appellate Division in 1982.

Since 1992, Judge Farrell has been a member of the Joint Committee on Judicial Administration of the D.C. Courts. He also recently chaired the Court of Appeals’ committee which revised the Court’s rules of procedure.

Courtesy of the Farrell Family 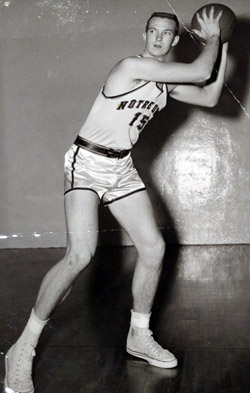