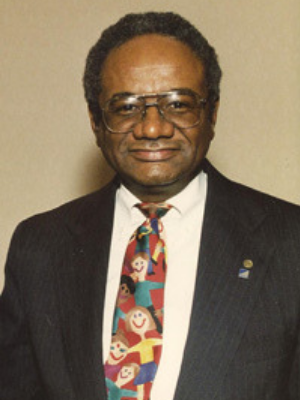 Mr Dyke has established a significant regional presence in the business, education and government arenas. He is well respected for his experience in working with all component of the community and with both political parties, having been appointed to numerous important positions by Democrats and Republicans. He has established a network of contacts that assist him in handling complex and sensitive matters throughout Virginia, Maryland and the District of Columbia.

He served as Chairman of the Greater Washington Board of Trade for 2010. The Board of Trade is the largest regional business organization in the Washington, D.C. area, advocating for the business community in Virginia, the District of Columbia and Maryland. During his term, he was Co-Chair of the Joint WMATA Governance Review Task Force.

He also win the J. Michael Brown award from DuPont for his accomplishments in diversity, recruiting and mentoring in the legal profession. In addition, he has received numerous awards and certifications related to education, transportation, government and community service.

He has served or is serving on various commissions and committees including: the State Council of Higher Education in Virginia (SCHEV); the Commission of Virginia’s State and Local Tax Structure for the 21st Century; the Board of Directors of the Maryland Chamber of Commerce; the Governor’s Commission of Economic Development and Job Creation (VA); the Governor’s Independent Bipartisan Advisory Commission of Redistricting (VA); the Richmond Mayor’s Task Force on Efficiency and Excellence for the Richmond Public Schools as its C0-Chair; the Prince George’s County Management Oversight Panel as Senior Consultant; as a member of Prince George’s County Executive Rushern Baker’s Transition Committee, and the Board Trustees of the University of the District of Columbia as a member and its chairman.

He is a frequent speaker on educational, political, and legal issues and has written numerous op ed articles for a range of media outlets and been quoted or mentioned in countless articles and appeared in numerous radio and television programs addressing regional and national issues.

Speaking Engagements
Mr Dyke has made hundreds of speeches nationally and locally on education, business, government and political issues, and has appeared on numerous television and radio programs and news interviews. He has also been quoted extensively in a wide range of newspapers.

Courtesy of the Dyke Family

James Dyke as an elementary student. 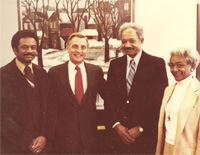 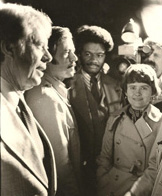 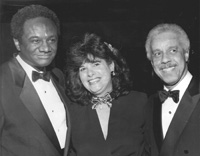 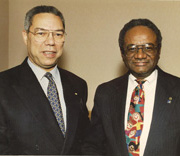 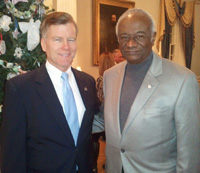