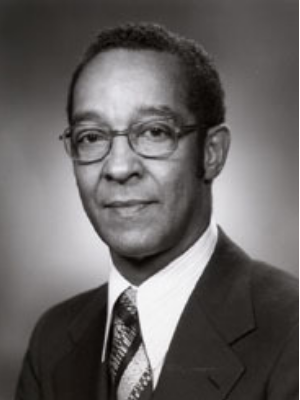 by Genevieve Beske
Based on Charles Duncan’s Oral History for the D.C. Circuit Historical Society


The legal field in the 1950s was a battleground for the forces of change, and many of the victories won in that decade reverberated in the years that followed. One such triumph was Brown v. Board of Education, declaring segregation in schools unconstitutional – a decision certainly filed under the category of “easier in theory.” Although it represented a huge leap forward for civil rights, myriad difficulties followed in the struggle for its implementation. Charles Duncan worked on the legal team for the second phase of the case, Brown II, and bore witness to its role as a watershed event in America’s history.

The overturning of Plessy v. Ferguson and the elimination of the “separate but equal” doctrine from the American ideology in Brown I left the country lacking in direction. Resistance in the South was both anticipated and met. Brown II struggled to solve questions about implementation of desegregation, yet strong-willed opposition battled against this change well into the 1970s. An evaluation of the dynamic between blacks and whites during the time left no question in the eyes of popular opinion: this change was necessary and couldn’t wait for the so called “gradualism” of shifting race relations so widely promised among southern whites.

Charles Duncan was a partner at the firm Reeves, Robinson, & Duncan in the 1950s. Through his colleague Reeves, he gained entrance into the group of lawyers working on Brown II. Every Friday through Sunday afternoon for a period of six months in 1953, the volunteer lawyers would travel up to New York to meet with the NAACP staff, “sit around this big table and hammer out this issue and that issue,” Duncan recalled. The group planned anticipatorily for the 1955 Brown II argument.

The saying “hindsight is twenty-twenty” proved to be true in Duncan’s case. Looking back on his time with the legal team, he stated, “I personally don’t think I fully understood the historic significance of the case.” His later observations about the far-reaching effects of the
decision are made all the more potent; from the standpoint of a citizen-observer, he witnessed the cultural ripples that an end to state-supported segregation effected.

The Brown decision was key not in what it said, but in what it represented. Reflecting on the decision and its aftermath, Duncan posited, “Chances are that I can make an argument that black kids received a better education before Brown than they did after.” Irrespective of the law, residential patterns made de facto segregation widespread, a trend exacerbated by the perceived vagueness of requiring implementation of the decision “with all deliberate speed.”

The Supreme Court ended state-supported segregation in schools, but then desegregation “immediately applied to everything else,” said Duncan. This also lent momentum to a range of activist causes, including the women’s movement, the Civil Rights Act of 1964, the Voting
Rights Act of 1965, and freedom marches. Looking back on the period, Duncan states, “It still amazes me the Brown decision was 1954, and the Civil Rights Act, the big one, was not until 1964. There was a ten-year period in there where things were unsettled […] it was a time of change, let’s put it that way.”

One such battleground for civil rights was fought at Glen Echo Park, an amusement park in a Maryland suburb of Washington D.C. with a pool, carousel, and wooden roller coaster – and at the time, available only for the enjoyment of white people. The attempted desegregation of the metro-area hotspot received much publicity during the late 1950s. Duncan’s wife, Pamela Duncan, had grown up in the nearby Bannockburn neighborhood and picketed at Glen Echo in her teens, while George Lincoln Rockwell and the American Nazi Party clashed against the protests to defend segregation. Charles Duncan argued the case in the Maryland courts. Joe Rauh argued it at the Supreme Court; Duncan would have, but wasn’t permitted to, after joining the U.S. Attorney’s Office. The case was a “smashing 100 percent victory” on appeal.

In the Supreme Court, an attorney tried to argue that the plaintiffs couldn’t show state action. Justice Goldberg dismissed this argument outright: in reality, Duncan had proved state action by recounting the actions of a Montgomery County Sheriff who arrested black children on the carousel.

The landmark decision in Brown propelled the country towards change but did not guarantee it. A hard-fought decade of civil rights activists clamoring for footholds built up enough momentum to culminate in the Civil Rights Act of 1964, proving that an end to nationally-mandated segregation in schools delivered a much farther-reaching message than just education: it identified the type of country the United States wanted to strive towards in the second half of the 20th century.

From 1950 to 1953, Mr. Duncan was an associate in the New York City law firm of Roseman, Goldmark, Colin and Kaye. From 1953 to 1961, he was engaged in private law practice in Washington, D.C. with the firm of Reeves, Robinson and Duncan and during this time participated in the preparation of the second brief for the argument of Brown v. Board of Education before the Supreme Court of the United States. From 1954 to 1960 he was also a lecturer in Law and Associate Professor of Law at the Howard University School of Law.

By virtue of his office, Mr. Duncan, by Executive Order of the President of the United States, was designated second (to the Deputy Mayor) in line of succession to act as Mayor of the District of Columbia during the absence or disability of the Mayor, or in case of a vacancy in that office. On several occasions, Mr. Duncan acted as Mayor during the absence of the Mayor and his Deputy.

During his tenure as Corporation Counsel, Mi. Duncan also served as Acting Director of Public Safety, with direct responsibility for the police, fire and related departments, and as Counsel for the D. C. Public Service Commission and the Armory Board.

In May 1970, Mr. Duncan joined the Washington law firm of Epstein, Friedman, Duncan and Medalie, where he engaged in general practice, with emphasis on criminal justice, administrative and municipal matters.

Mr. Duncan assumed the Deanship of the Howard University School of Law in July 1974, and served in that capacity until August 1977. He remained at Howard Law School until April 1978 as Professor of Law, teaching courses in Constitutional Law, among others.

On August 1 , 1994, Mr. Duncan became a member of the Iran-United States Claims Tribunal, an international arbitral tribunal which sits in the Hague, the Netherlands. He was one of three American members of this nine-member body and was appointed by the Secretary of State. Mr. Duncan retired from the Tribunal in December 2000.

Mr. Duncan is currently a Senior Trustee of the NAACP Legal Defense and Educational Fund.

He is a former Trustee of the Supreme Court Historical Society and the Northfield Mount Hermon School (Chairman of the Board, 1987-1990) and was an Overseer of the Tuck School of Business Administration at Dartmouth College. He also has long been active in civic affairs, having served on the Boards of the Health and Welfare Council, the Washington Urban League, the National Association for the Advancement of Colored People, Boy Scouts of America, Travelers Aid Society, Northwest Settlement House, Columbia Hospital for Women, Arena Stage, and many others. He has received many awards and citations for his civic and professional activities. In 1986 he received an honorary LL.D. from his alma mater, Dartmouth College.

Mr. Duncan received the William J. Brennan, Jr. Award of the District of Columbia Bar in June 2001, “in recognition of his exemplary legal career dedicated to service in the public interest which has made a significant difference in the quality of American justice”. He was also cited by the Senate of Maryland, in Senate Resolution 564 on March 8,2002, in recognition of his exemplary legal career spanning fifty years.

Mr. Duncan was on active duty with the US. Naval Reserve in 1945-1946, with the rank of Ensign. His hobbies have included photography and boating, and he has been a licensed instrument-rated commercial pilot. His fist wife, Dorothy Adelena Thrasher, to whom he was married in July 1947, died in December 1972. He has one son, Todd, a graduate of Cornell University and a journalist, and two grandchildren: Dorothy Lauren (Lauren) Duncan and Charles Dirk (CD) Duncan. He married Pamela Thurber in August 1996.