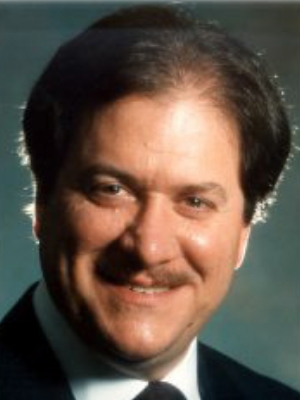 The Oral History of the Outspoken Joseph diGenova

Joseph diGenova is a subject for whom no interviewing skills are necessary as he proved in an oral history taken in 2003. He has a no holds-barred viewpoint on just about everything. Take, for example, his opinion on electing judges, “it’s a terrible system.” Or his description of Washington D.C.: “A small southern town with sixty-two square miles of gossip” but “no better place to be.”

His advice to young lawyers is to spend a portion of their careers as he did: “Anybody who wants to be a Washington lawyer has to spend some time on the Hill.” Naturally his favorite politician was Maryland Republican Senator Charles “Mac” Mathias, for whom he worked.

DiGenova, a former United States Attorney for the District of Columbia, has plenty to say about the legal system. He gives higher marks to the criminal bar than civil. “More ethical,” he says.

He calls the civil system broken — “a battle of paperwork and motions unrelated to a search for the truth.” In fact, he says, “Lawyers view their role as preventing finding out the truth,” for fear it will hurt their client.

Although he has been a trial lawyer for much of his career, diGenova declares, “Litigation is a big waste of time, for the most part. It doesn’t solve many problems. We have created the image that every single thing that is wrong with America can be settled by a lawsuit – and that is a big mistake.”

He blames trial judges for some of the problem. “We are in a very bad place,” he says. “The plaintiff’s bar is out of control.” “There’s no civility in the civil bar and the courts don’t control it.” His choice for best judge is the late Gerhard Gesell. Overall, he calls the federal
bench “spectacular,” but gives mixed reviews to the Superior Court.

DiGenova is equally outspoken about his experiences as a prosecutor. He says prison sentences are too long. He rails at the idea that finality in criminal proceedings is more important than correcting an injustice, whenever it occurs. He laments what he calls a lack of supervision of United States Attorneys by the Justice Department. Unlike many of his contemporaries, diGenova likes Congressional control of D.C. law enforcement, saying “The District has benefited from Congress using it to experiment with criminal law.”

DiGenova lists his most memorable case as the trial of would-be presidential assassin John Hinckley, although he didn’t try the case himself. He says his investigations of Marion Barry, which led to the Mayor’s conviction, showed the intention of the federal government to
cleanse the District of corruption (“although it still has pockets of corruption”). His least favorite defendant appears to be Jonathan Pollard (“The most damaging case of espionage in our country’s history, grotesque in its scope and nature.”) He singles out former FBI Director J.
Edgar Hoover as “the single most dangerous government official ever to hold office.”

DiGenova says the lawyer he would most like to have co-counseled a case with, but never did, is Jake Stein, who he describes as “a marvelous lawyer with a terrific knowledge of the law.” Who would diGenova describe as probably the best lawyer he ever appeared against? John Shorter, Jr. DiGenova describes Shorter as “really impressive,” “just spectacular in court,” “a lawyer I have a lot of respect for.” That didn’t keep diGenova from eventually obtaining the indictment and conviction of Shorter for tax evasion.

DiGenova says he “loves” to have lobbying as part of his current practice (“You have to be persuasive not to a jury of 12, but to a jury of 535”) and admires the late Edward Bennett Williams not just as a litigator, but as a “model power broker” who used his personal skills to
help people through the governmental process.

And how do you know when you’ve made it as a lawyer in Washington? DiGenova’s answer is simple: “The number-one thing in this town is to get your phone calls returned.”

In December 1992 he was appointed Independent Counsel in the Clinton Passport File Search matter. He served from 1995 – 2002 as Chairman of the Grievance Committee of the District Court, District of Columbia. In 1997, he was named Special Counsel by the U.S. House of Representatives to probe the election of Ron Carey as President of the International Brotherhood of Teamsters.

Mr. diGenova has extensive experience on Capitol Hill. He was Chief Counsel and Staff Director of the Senate Rules Committee, and Counsel to the Senate Judiciary, Governmental Affairs and Select Intelligence Committee. He has conducted confirmation, investigative, legislative and oversight hearings, drafted legislation, and testified before both Houses of Congress. He also served as Administrative Assistant and Legislative Director to U.S. Senator Charles Mathias.

Mr. diGenova has published articles on criminal law, terrorism and Congressional oversight, and has spoken on these and other litigation and legislative issues to organizations throughout the United States. As part of his advocacy approach, he has appeared on many well known national television programs.