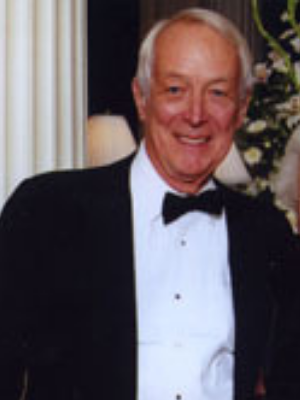 Anyone who worked with, or against, David Isbell would likely say the same thing: a fine lawyer and, above all else, a gentleman. Isbell was a long-time partner with the law firm of Covington & Burling in Washington D.C. In a career that spanned half a century, he did it all. A staff member of the Civil Rights Commission in the 1950s, president of the D.C. Bar Association in the 1980s, and a long-time delegate to the American Bar Association, he argued federal appeals on behalf of convicted mafiosos at one end of the spectrum while counseling accountants regarding industry standards on the other.

While proud of his accomplishments for his private clients, he was equally proud of his pro bono efforts. Isbell authored Covington’s pro bono policy shortly after becoming a partner in the mid-1960s and was the first chair of the firm’s pro bono committee. A long-time advocate on behalf of the ACLU (and long-time member of its national board, for which he was a significant voice on major policy issues), he offered the following amusing story. The first time he met then Chief Judge David Bazelon of the D.C. Circuit, the Chief couldn’t understand how Isbell authored so many ACLU briefs while having a full-time practice with Covington. In Isbell’s words, he had “to deflate [the Chief’s] assessment” by explaining that he coordinated the efforts, and as a result, had his name on the briefs, but often was not the lead author.

But while his legal career was interesting, his life was just as interesting if not more interesting. As a boy coming to age in the Great Depression, he shipped off for France with his family in the 1930s for several years while his parents taught at a school there. Sensing the war clouds accumulating over Europe, the family came back to the States in the late 1930s, giving Isbell a rather idyllic existence as a teen on Long Island. A graduate of Yale College and Yale Law School, his time in New Haven provided him with quite a number of stories: from having federal appeals judge (and longtime Yale Law professor) Jerome Frank preside over his first wedding to being a fellow student of former Senator Arlen Spector to editing a piece by John F. Kennedy that, in Mr. Isbell’s mind, was just not up to snuff.

But the near-misses are just as interesting as the accomplishments. Isbell turned down clerkships with Justices Black and Warren because both conditioned their offers on his promise that he would not return to Covington after the clerkships, being concerned because the Firm (at that time) had the most cases before the Court. Then there was the drowning baby he saved in India while lecturing for the United States Information Agency, a now-defunct federal agency devoted to public diplomacy. And of course, the nuclear missile test he observed while serving as a US Army officer during the Korean War.

Through it all, Isbell not only maintained cherished relationships with family and friends, but became one of the finest practitioners of the art while distinguishing himself above all as civil, courteous and professional – a true gentlemen. A long-time adjunct professor at Georgetown University and the University of Virginia, where he taught professional responsibility, Isbell at the end of his career made a name for himself as a go-to lawyer for professional responsibility matters. And if you read his story, you’ll understand why.

1956
Graduated from Yale Law School, where I had been Articles and Book Review Editor of the Yale Law Journal. (Also the leader of an informal singing group called the Oversextette, since regrettably defunct).

Fall 1956
Did a three-month lecture tour of India for USIA.

Fall 1959
Left Covington for what was meant to be a three-month leave of absence to do a pilot study for the U.S. Commission on Civil Rights. Before the three months elapsed, was promoted to Assistant Director, and remained in the position until September 1961, when the Commission’s current term expired and the Commission issued a five-volume report on the status of Civil Rights in America- a report for which I served as editor-in-chief as well as one of its authors.

Sept 1961
Returned to Covington.
Became active in the local affiliate of the ACLU, first as a volunteer lawyer and then as a board member. Served on the board until 1985.

1963
Joined the board of directors of Southeast Neighborhood House, a settlement house in Anacostia which soon became an active participant in the Federal Poverty Program. Remained active on that Board until, six or seven years later, it was decided that all the members of the Board should be neighborhood residents.

1962
Started teaching a seminar in civil liberties law at the University of Virginia School of Law. The seminar had been started by Charlie Horsky, on the Dean’s invitation, in the mid-50’s, but when Charlie went to the White House as President Kennedy’s advisor on National Capital Area affairs, he suggested me as his successor, and the Law School, Happily, accepted his suggestion. I have taught that seminar every year since then.

1964
Elected as National Capital Area affiliate’s representative on the National Board of the ACLU. Served on that Board, first as affiliate representative and thereafter as a member elected at large, until 1992.

1965
Became a partner in Covington & Burling

1965 or ’66
Drafted the Firm’s first formal policy on public service, and was appointed the first chair of Firm’s Public Service Committee. The policy rested on three stated premises, namely, (a) that public service is an integral part of the practice of law; (b) that every firm lawyer should have the opportunity to engage in whatever sort of public service project he or she found interesting; and (c) that the firm has the same interest and responsibility for the public service projects involving the practice of law in which its lawyers engaged as it had in their remunerative work (so that pro bono cases must be cleared for conflicts, the firm’s name should appear on briefs filed in pro bono cases, and a partner should be in charge of every pro bono representative)

1972-73
Served as Chairman of the ACLU affiliate

1978
Elected to the D.C. Bar Board of Governors

1971
Elected to second term on D.C. Board of Governors

1983-84
Served as President of D.C. Bar. The accomplishments of that year that I’m proudest of were getting the IOLTA program adopted by the D.C. Court of Appeals; suggesting to the Court the adoption of the provision for licensing of Special Legal Consultants; supporting the CJA bar in its campaign to have CJA fees raised to Federal level; and appointing the Committee, chaired by Bob Jordan, that studied the Model Rules of Professional recently adopted by the ABA and recommended the adoption of a modified version thereof to replace the D.C. Code of Professional Responsibility.

1985-86
Served as a member of the D.C Bar Committee on Referendum Impact

1986(?)
Member, Special ABA Committee on Ancillary Businesses (an issue about which the Litigation Section of the ABA was much agitated, and which ultimately resulted in what is now Model Rule 5.7).

Courtesy of the Isbell Family 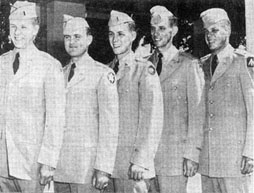 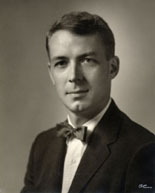 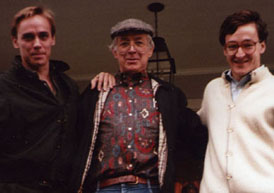 David Isbell with sons Pascal (on right) and Nicholas, around 1980 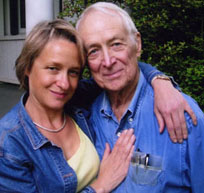