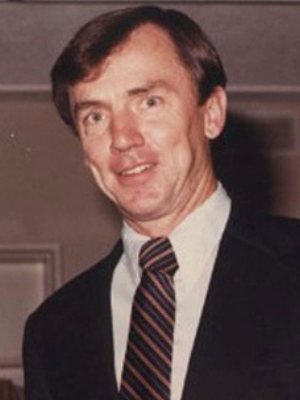 A CLERK’S LIFE – THE ORAL HISTORY OF JAMES DAVEY

Based on James F. Davey’s Oral History for the D.C. Circuit Historical Society


Outside the legal world, the word “clerk” is not usually associated with power and influence. However, the Chief “Clerk” of Court in United States federal courts is quite a different matter. And the oral history of Jim Davey, Clerk of the District of Columbia District Court for 20 years, is a testament to the importance of the position.

Davey’s oral history was taken in 2008 by Steve Hollman when Davey was 73 years old. The history runs for 144 pages and describes important court reform and modernization, midwifed by Davey. It also provides the view from the Clerk’s office of big cases during Davey’s time: Watergate, Oliver North, Pentagon Papers, and John Hinckley. The history includes candid – and sometimes salty – assessments of the judges Davey worked with, as well as details of Davey’s interesting life before and after his Clerk service.

Davey was born on Parris Island, South Carolina, where his father was a Navy officer. In December 1941 when Davey was six years old, his father was stationed in Pearl Harbor quarters “two battleship lengths” from the battleship Arizona when the Japanese attacked – an event that Davey remembers in remarkable detail.

After getting a degree in accounting from the University of Rhode Island and a law degree (at night) from Georgetown, Davey joined a small group in 1968 that conducted a management review of the DC court system, requested by the Senate Judiciary Committee and funded by the Ford Foundation. (At the time, both federal and local D.C. courts had lengthy backlogs.) After the study was completed in 1969, Davey was hired by the District Court as Deputy Chief Clerk and was then promoted to Chief Clerk of Court in 1970.

Davey provides an insider view of the Court. “Every judge is a center of power, and then you have their secretaries who are also centers of power.” He continues: “So you’d best be aware that in a court of 15 judges there’s about 30 different people – 15 judges and 15 secretaries – that all think they are number one.” The Clerk serves at pleasure of the Court, he notes, “and so my objective was to keep at least eight of them [judges] happy at all times.” And he adds with a presumed smile, “If I had more than eight unhappy, then I’d try to keep them out of the same room.”

But big changes were accomplished during Davey’s time. Large efficiencies were created by converting civil cases to the “individual case” calendar system under which all aspects of a case – motions, discovery issues, settlement and trial – are handled by the same judge. Davey explained that previously “eight or nine” different judges could be associated with a single case because the judges were deployed to handle functions – i.e., motions, jury selection and trial, non-jury trials – on a rotating basis.

Another big efficiency Davey managed to accomplish was in the way prospective jurors were managed. Previously, in order to guarantee sufficient jurors for every scheduled trial, many more potential jurors were called than were actually used because of late-breaking settlements and pleas. Davey was able to get a majority of judges to agree that fewer would be called, even if it meant a jury trial had to wait a day because of insufficient jurors.

The history is packed with insider vignettes. For example, on the day that former Judge Gerhard Gesell transitioned to Senior Status, he called Davey and said: “Jim I want to come down and thank the Clerk’s office. Where the hell is it?” Says Davey: “Can you believe that? He had been in the Court for 20 years or more . . . and never had been down to the Clerk’s office.”

And during the Watergate trial, in the middle of James Neal’s closing prosecution argument, the temperature in Judge Sirica’s courtroom became unbearably hot. Davey, on Sirica’s instruction, left the courtroom and ordered the GSA to cool the courtroom down. The result however was “this terrible banging and you could hardly hear. It was the damn GSA up above the courtroom trying to get some vents open.”

Davey was candid about the age discrimination suit that was brought against him by a female employee who felt unjustly passed over when Davey named a younger woman to the position of deputy clerk. The case was dismissed in District Court but appealed and again dismissed with a further appeal to the Supreme Court, where certiorari was denied.

Also included in the history are Davey’s activities after he retired at age 55 from the Court. He resettled to Rhode Island, became active in politics, and successfully ran as an anti-union reformer for one term in the Rhode Island House of Representatives as a Republican. He subsequently moved to Cary, North Carolina, where he lives today.

Jim, the son of a naval officer, was born on Parris Island on September 19, 1935. Six years later Jim’s father was the Public Works Officer on Ford Island, Pearl Harbor, Hawaii. Jim’s house was located just two battleship lengths away from Battleship Row; thus, Jim and his family became eyewitnesses to history when the Japanese attacked Pearl Harbor on December 7, 1941.

In 1942 Jim’s father was transferred to Rhode Island. Jim spent his remaining childhood in Rhode Island attending public schools including the University of Rhode Island from which he graduated in 1958 with a BS degree in Accounting. Upon graduation he took a job with the US Department of Agriculture (USDA) as an internal auditor. While working for USDA Jim attended the Georgetown Law Center where he graduated from its evening division in 1965 with a Juris Doctor degree.

In 1966 and 1967 Jim was assigned to the USDA’s Overseas Audit Branch and became the Supervisory Auditor-in-Charge of the Branch in 1967. Jim participated and/or supervised audits in Brazil, Uruguay, Venezuela, Chile, Kenya, Israel, India, Iran, Pakistan and Afghanistan.

In 1968 Jim joined a small group that conducted a management review of the DC Court System that was requested by the Senate Judiciary Committee and funded primarily by the Ford Foundation. The study resulted in major recommendations for reorganizing the courts in the District of Columbia as well as major recommendations for changes in the courts’ policies and procedures particularly those relating to case management.

At the conclusion of the study the US District Court for the District of Columbia hired Jim in 1969 as the Chief Deputy Clerk of the Clerk’s Office with a mandate to begin implementing many of the study recommendations. In 1970 when the Clerk retired the Court appointed Jim as Clerk. Jim served as Clerk until he retired in 1991.

Additionally, the Clerk’s Office became noted for its utilization of modern management techniques and its employee centered programs that rewarded outstanding performance, gave cash for suggestions that led to improvements and allowed employees very flexible work schedules. The Office’s Career Development Program produced many capable supervisors and managers several of whom became Clerks of other Courts and one of whom, Nancy Mayer-Whittington, was appointed Clerk to succeed Jim when he retired. She became the first female and first non-lawyer to become Clerk since the Court was founded in 1801.

Courtesy of the Davey Family 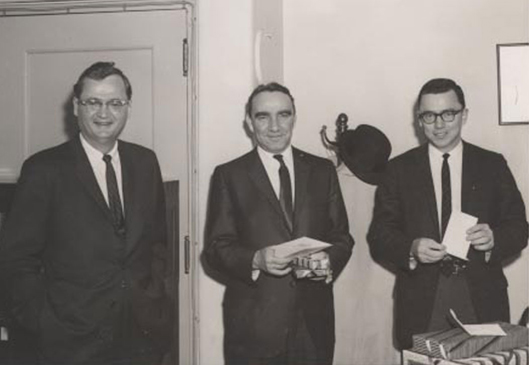 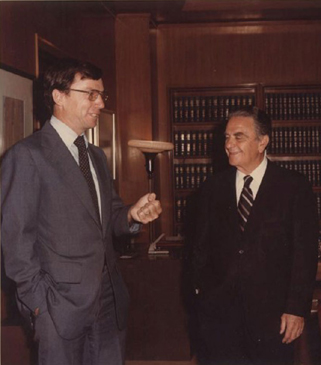 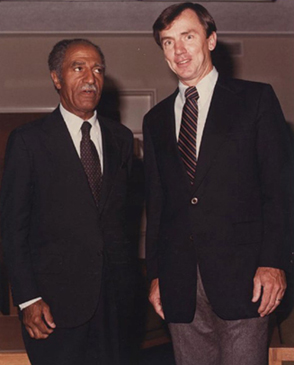