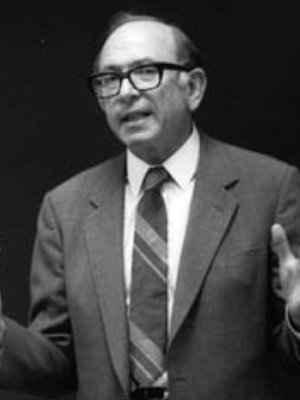 The above is a summary of Samuel Dash’s career. Read more in his bio attached to his Oral History above. 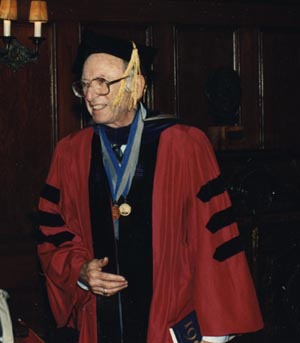 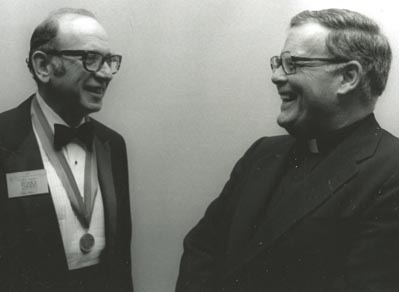 CONGRESSIONAL INVESTIGATIONS OF A PRESIDENT:  PROFESSOR SAMUEL DASH AND WATERGATE

Based on Samuel Dash’s Oral History for the D.C. Circuit Historical Society

What are the proper roles of the Justice Department and the Congress in the ongoing investigation of foreign interference in the 2016 Presidential election?  The Historical Society’s archive of oral histories includes a relevant interview with the late Georgetown Law School Professor Samuel Dash. Dash was appointed in 1973 as Chief Counsel for the U.S. Senate Select Committee’s investigation of “Presidential Campaign Affairs” (subsequently dubbed the “Watergate Investigation”).  This investigation famously led to evidence of President Nixon’s involvement in criminal wrongdoing – i.e., a cover-up of a burglary of the Democratic Committee’s campaign offices in the Watergate building complex.

Dash’s Watergate recollections in his oral history make interesting reading.  Dash recalls that the Select Committee was created by the Senate because of increasing popular dissatisfaction with the Justice Department’s ongoing investigation into the burglary and related campaign improprieties.  In fact, Dash states, even Federal District Court Judge John Sirica, the trial judge assigned to hear the prosecution of the bunglers, “kept complaining that the federal prosecutors were not doing their job.”  Sirica was constantly challenging the prosecutors, Dash says, saying things like, “don’t you think it goes further into the White House?”

Notwithstanding growing popular discontent with the Justice Department’s investigation of the burglary, Dash insists that at the beginning of the Senate Committee’s work there was no evidence that the President himself would be involved.  He stresses that the Committee Chairman, Sam Ervin of North Carolina, was a person of great integrity and that Ervin said to Dash, “I hope the President is not involved.  I don’t agree with the President but he’s our President.” Consequently, Dash recounts, Ervin was determined at the outset to bend over backwards to ensure an objective, nonpartisan investigation.  To that end, Dash states, he and Ervin scrupulously hired as staff people who were not politically active.

The oral history contains Dash’s riveting recollections:  his belief that the Republicans, led by Tennessee’s Senator Howard Baker, were talking secretly with the White House and had a scheme to frame John Dean as the sole instigator of the break-in; how Dash secretly interrogated Dean in his home at nighttime for several nights with Dean’s wife, Maureen, serving cookies and other treats; how he and his team stumbled into discovering the tape recording system in the White House; and the fight that ensued to subpoena tapes in the face of President Nixon’s claim of executive privilege leading to a unanimous Supreme Court decision that the tapes had to be surrendered.

On the basis of then-existing relevant Supreme Court decisions, Professor Dash concludes that the most important role of a congressional committee is to inform the public and that even the legislative function of recommending reform legislation is secondary.  He does note, however, that there are difficult balancing considerations that come into play when there is both a congressional committee investigation and a Justice Department prosecution occurring concurrently. In some cases, Dash believes it is appropriate that the legislative branch defer to the prosecution, but in major cases such as Watergate and Iran Contra where there is an overriding importance that the public be informed, the legislative branch should not defer.  He points out that Supreme Court decisions historically uphold the view that under the Constitution’s Separation of Powers clause, congressional committees have just as important a duty to investigate and inform the public as the Justice Department has a responsibility to prosecute.

Dash notes that this duality of functions can cause tension between the executive and legislative branches.  Dash recalls that when his old Harvard Law School professor and friend, Archibald Cox, was appointed Special Prosecutor, Dash went over to the Justice Department to welcome him.  Dash found his old friend “Archie” with his suitcases not yet unpacked. Archie said to him, “Of course, Sam, you’re going to tell Sam Ervin, that you’ve got to close down your investigation….  I can agree that you needed a Senate investigation until I got here, but now that I’m here and I’m going to be prosecuting and investigating, there is no need for you.”

One interesting aspect of the Watergate part of Dash’s oral history is learning that since the investigation took place before the general use of office computers (and long before Google, Wikipedia, and the like), he and his team put all their work product into a prototype bibliographic program at the Library of Congress that was like a very early word-search program.  The Library of Congress would collect the committee’s work product each day and put it on its large mainframe computer. Dash and his investigators could then search for and retrieve in minutes newspaper articles, documents, and other evidence in the same way book titles and authors could be searched.

In addition to Watergate tales, Professor Dash’s oral history contains many interesting stories about other chapters in his career.  These include his work with former D.C. Circuit Judge Ken Starr on the Whitewater investigation, his work with D.C. Circuit Judge David Bazelon on Bazelon’s mental health law projects, his prison interview of South African political leader Nelson Mandela, his founding of the National Legal Aid and Defender Association, his days as a prosecutor in Philadelphia fighting political corruption, his Army Air Force days as a bombardier in World War II, and his marriage to the indomitable Sarah, who helped him talk Harvard Law School’s acting dean Ernie Brown into admitting him as a student after the law school had initially rejected his application.