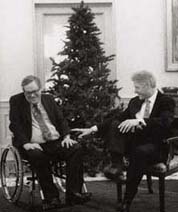 THE LOSS OF CHUCK RUFF (AND HIS ORAL HISTORY)

Based on Charles Ruff’s Oral History for the D.C. Circuit Historical Society

A lawyer who is as accomplished, successful, and widely admired as Charles Ruff deserves an oral history of some length and depth. That’s exactly what was intended when we began this project together. I was delighted to have been asked to interview Chuck for this assignment, not only because I was sure he had so much to contribute, but because we two couples had been friends for decades. He and Sue had been at college with my husband, so our connection was easy and informal. Tragically, after the two sessions available here, Chuck died suddenly – just as he was about to discuss his work in the Justice Department. So this account is really about his childhood, education, and very early career. But it does recount how a young boy with a somewhat unsettled childhood, and later with a terribly difficult physical condition, overcame the odds to become Counsel to the President of the United States. A full biography, printed in the Washington Lawyer after his death, is attached to his oral history for those who understandably want the complete story.

Chuck was born in Ohio to parents who were divorced before he was a year old. His mother left him in the care of grandparents and four aunts while she moved to New York to establish a career. He only met his biological father once when the latter visited him in college. But he had a strong bond with his adoptive father, who had lost part of his leg in World War II. Chuck enjoyed being a New York City kid, playing “stoop ball” and going to Ebbets Field. But he confessed that he “detested” law school until his third year, when an assistant dean at Columbia put him on the path to teaching law in Liberia. It was there in Africa that he contracted an illness – never really identified – that required him to use a wheelchair for the rest of his life.

In the years following his return to the United States, Chuck taught law at the University of Pennsylvania, Antioch, and Georgetown. But he then accepted a job offer from the Justice Department’s Organized Crime Section, a post that he thoroughly enjoyed. “The problem with getting out of that job,” he said, “is that you know you will never have more fun than what you’ve been doing, so it’s easier to stay in.” Later positions may not have been as much fun, but they were certainly very important to the bar, the city, and the nation. These include his service as president of the D.C. Bar; special prosecutor on the Watergate Task Force; United States Attorney for the District of Columbia; Corporation Counsel for the District of Columbia; partner at Covington & Burling; and Counsel to President Clinton, both before and through his impeachment trial in the Senate.

I have learned though this exercise that Chuck Ruff was revered by those for whom he was a mentor, greatly and admired by his colleagues in the law, and deservedly honored by the government and community he served. For those of us who have known him for decades, he was simply a cherished friend.

Professional Activities
Chair, Advisory Board on the Investigative Capability of the Department of Defense, 1994
Chair, Multinational Panel to Inquire into the Curbing of Violence in the South African Elections, 1993
District of Columbia Bar, President, 1989- 1990, President-Elect, 1988- 1989, Board of Governors, 1983-1986; 1988-1991
Fellow, American College of Trial Lawyers
US. Court of Appeals, District of Columbia Circuit, Gender Bias Task Force, 1990- 1992
District of Columbia Court of Appeals, Gender Bias Task Force, 1990- 1992
U.S. Sentencing Commission, Advisory Committee on Alternatives to Imprisonment, 1989- 1991
National College of District Attorneys Vice Chairman, Board of Regents, 1985-1991

Courtesy of the Ruff Family 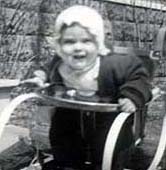 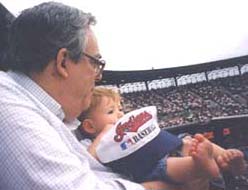 With granddaughter Samantha at a Cleveland Indians game. While an Indians fan, Chuck was an even bigger Brooklyn Dodgers fan 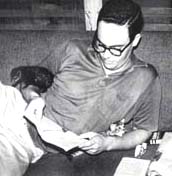 At home while teaching law at the University of Liberia. Chuck is joined by the Ruffs’ kitten, Suppy, and baby mongoose, Goosey 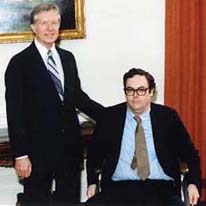 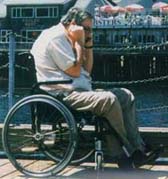 While serving as White House Counsel in 1998, Chuck talks to the White House before going whale watching in Maine