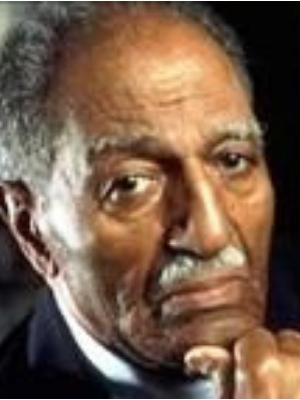 A Summary of Judge William B. Bryant’s Oral History

By William B. Schultz

Based on William B. Bryant’s Oral History for the D.C. Circuit Historical Society

Judge William B. Bryant’s oral history is the story of a modest man who grew up in segregated Washington, D.C. and achieved enormous success.  Arriving in Washington when he was 9 months old after his family had been driven out of Wetumpka, Alabama by a lynch mob, Judge Bryant did not see a white person other than the corner grocer until he was a teenager.  Determined to become a lawyer, despite being discouraged by family members who argued that black attorneys had few opportunities and struggled financially, he attended Howard University Law School, where he was first in his class while holding a night job as an elevator operator.

After law school, Bill Bryant served in the Army during World War II and then returned to Washington, D.C., where he hung out a shingle.  He was soon noticed by the U.S. Attorney, and became the first African American Assistant United States Attorney permitted to practice in federal district court, where he impressed judges and his colleagues. He then returned to private practice with the famous black firm Houston and Houston, later named Houston, Waddy and Bryant, where he become a highly accomplished criminal trial attorney.  Bill Bryant tried many high profile cases, and argued many appeals, including Mallory v. United States in the U.S. Supreme Court, which was a precursor to the famous case Miranda v. Arizona.  In his oral history, Judge Bryant recounts some of his cross examinations and other experiences as a trial attorney.

Judge Bryant was appointed to the District Court by Lyndon Johnson in 1965, where he served for 50 years, including as the first African American Chief Judge of the court.  In the oral history, he recounts the important cases he decided as a judge, which ranged from a constitutional challenge to the age requirement for voting in federal elections, overturning an election of the United Mine Workers after finding corruption, the trial of Mark Felt (who later was revealed to be “deep throat” in the famous Woodward and Bernstein book All the President’s Men), and the trial over the unconstitutional conditions at the D.C. jail.

The oral history conveys a story of an African American man of enormous talent, wisdom, and storytelling ability, who always brought a fresh perspective to any issue, who was a keen judge of human character, who spoke with elegance about the judicial system, and who brought a sense of optimism to every challenge.