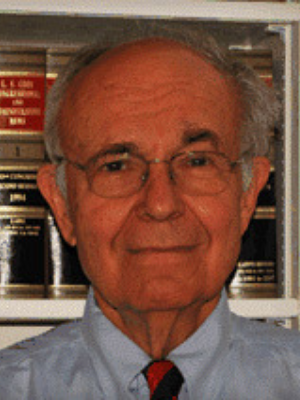 One Person, One Vote, One Outstanding Lawyer:  The Life of Bruce Terris

By Steven A. Steinbach

Based on Bruce J. Terris’s Oral History for the D.C. Circuit Historical Society

Sadly, Bruce Terris passed away shortly after we completed his oral history.  I was privileged to have had the opportunity to meet, interview, and learn from this exceptionally brilliant, interesting, thoughtful, reflective, warm, and generous soul.  But I am especially proud of the fact that, through this oral history, we were able to preserve for “history” Bruce’s recollections of one of the most important episodes in our nation’s constitutional story:  the Supreme Court’s adoption of the one person, one vote doctrine.  Beginning with Baker v. Carr, 369 U.S. 186 (1962), and culminating in Reynolds v. Sims, 377 U.S. 533 (1964), the Court upended state and federal laws that, for generations, had permitted the grossly inequitable populating of legislative districts.

Bruce was a relative newbie in the Eisenhower Solicitor General’s office when he was assigned, almost by accident, to work on the brief for Baker v. Carr.  Both the Eisenhower and Kennedy administrations urged the Supreme Court to find reapportionment disputes to be justiciable – and the Court, reversing precedent, so concluded.  A series of landmark rulings followed.  Legislative reapportionment quickly became Bruce’s bailiwick.  Over the years, he served as primary draftsman of virtually all of the SG briefs filed on the topic.  In the process, he overcame the intense intellectual and constitutional skepticism of his boss, Solicitor General Archibald Cox.  He prepped Attorney General Robert Kennedy for his maiden (and successful) Supreme Court argument in Gray v. Sanders, 372 U.S. 368 (1963), where the Court struck down Georgia’s state apportionment scheme.  And Bruce himself argued before the High Court in Wesberry v. Sanders, 376 U.S. 1 (1964), where the Justices required House of Representatives districts to be equally populated.  When the Wesberry decision was announced by the Supreme Court in February 1964, one of the dissenting Justices, John Marshall Harlan, observed from the bench:  “I consider this occasion certainly the most solemn since I have been on the Court, and I think one would have to search the pages of history to find a case whose importance equals what we have decided today.”  In historian J. Douglas Smith’s recent, definitive account, On Democracy’s Doorstep, Bruce Terris emerges, hands down, as the unsung hero of the reapportionment battles.

What was at stake in the one person, one vote controversy?  In Bruce’s view, nothing less than the fairness of American participatory democracy.

I think it was enormously important for the country in both a positive way and in preventing a very negative situation.  I think the positive way was that it moved political power from rural areas to the suburbs and to some extent the big cities, and I think it was crucial to this country.  I think you got different kinds of people in legislatures and you got much more sophisticated people – people who are much more attuned to a country that is the most important country in the world facing enormous problems both internally and externally.  I think it was absolutely crucial that that change occurred.  But if it hadn’t – if you think about what if it hadn’t occurred – it had to occur.  The country couldn’t continue along a line in which the legislatures became worse and worse apportioned and were essentially run by rural areas which are very unrepresentative of the country.  You almost have to say to yourself somehow if this hadn’t occurred it would still have occurred.  It had to occur.

Bruce’s oral history is worth reading simply to appreciate his outsized role in the formulation of what has become a bedrock doctrine of American constitutional law.  But the reapportionment saga was far from the only significant moment in Bruce’s remarkable professional life.  As he recounts in his oral history:

A final thought.  In reflecting back upon the six long sessions we spent together exploring Bruce’s life and recording his oral history, one poignant moment stands out.  Bruce served on Robert Kennedy’s 1968 campaign for president.  After the assassination, Bruce was on the memorial train that carried RFK’s body from St. Patrick’s Cathedral in New York to Arlington Cemetery in Washington.  Even after the passage of many decades, Bruce’s recollections of that journey remained vivid – indeed, searing.

I went to the funeral, and then I got myself on the funeral train that came back.  That was really a terrible experience in so many ways.  We arrived in the Newark station, and a person was killed on the tracks, which of course was horrifying.  That got the people that were running the railroad to slow down the train.

I’m not sure exactly, but it took something like eight or nine hours to get to Washington.  It went extremely slowly.  In all the cities, of course, the train stations were packed.  But the most impressive thing were the people in the countryside, most of whom had been waiting for hours, four, five, six hours.

During all the rest of his oral history, Bruce spoke at a-mile-a-minute clip.  But it took him forty-five seconds to get through those final twenty words.  At which point, we turned off the tape recorder, as Bruce Terris quietly wept.

After leaving the Solicitor General’s Office, Mr. Terris was co-chairman of the Conference on Law and Poverty, which resulted in the formation of the Legal Services Corporation, which provides legal services to the poor throughout the country. He was Assistant Director of the President’s Crime Commission where he supervised the Commission’s work on narcotics and police-community relations.

In 1968, he was co-founder of the Center for Law and Social Policy, one of the first public interest law firms, which represents consumers, the poor, and other usually unrepresented persons before federal administrative agencies and in the courts. With the Center, he represented Cesar Chavez and the California farm workers union in a suit to prevent Mexican agricultural workers form entering the United States, which was lost, 5-4, in the Supreme Court (Bustos v. Mitchell); represented physicians at D.C. General Hospital and the District of Columbia chapter of the Medical Committee on Human Rights in the legal actions to improve care at the hospital; represented the American Public Health Association and the National Council of Senior Citizens in a suit which resulted in an order requiring the Federal Drug Administration to speed procedures to get several thousand ineffective drugs off the market; and represented Ralph Nader in proceedings before the Federal Trade Commission.

In 1970, Mr Terris founded Terris, Pravlik & Millian, LLP, then known as the Law Offices of Bruce J. Terris. Mr. Terris founded the firm with the purpose of providing high-quality legal representation to individuals and groups the could not otherwise afford such services. The firm has provided these services for over 40 years in the areas of environmental, civil rights, and poverty law. Mr. Terris has continued his prior Supreme Court practice in Sierra Club v. Fri, 412 U.S. 541 (1973) (Supreme Court held, by affirming the court of appeals, 4-4, that the Clean Air Act prevented significant deterioration of air quality in clean air areas; this case led to the adoption of the significant deterioration provisions of the Clean Air Act), Sierra Club v. Morton, 427 U.S. 390 (1976) (Supreme Court held that the National Environmental Policy Act required preparation of a regional environmental impact statement for sub-regions of the Northern Great Plains but not the entire area), Friends of the Earth v. Laidlaw Envtl. Services (TOC), Inc., 528 U.S. 167 (2000) (Clean Water Act citizen suit in which the Supreme Court found that the citizens had standing to pursue their claims regarding the unlawful discharge of mercury), and Harris v. The Florida Elections Canvassing Commission (challenge to Florida’s 2000 presidential elections results). He also has represented clients before administrative agencies and the lower courts, including in all but one court of appeals.

Mr. Terris was the commencement speaker and was made an honorary fellow of the University of Pennsylvania Law School in 1977. In 1981, the National Wildlife Federation awarded Mr. Terris its Conservation Law Award.

Mr. Terris received the Lifetime Achievement Award from the Hackensack River Keeper in 2005.

Courtesy of the Terris Family 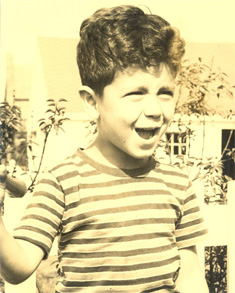 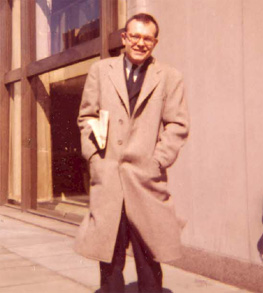 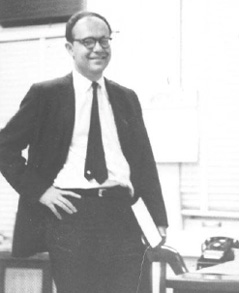 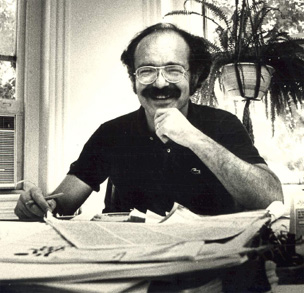 Terris in his law firm