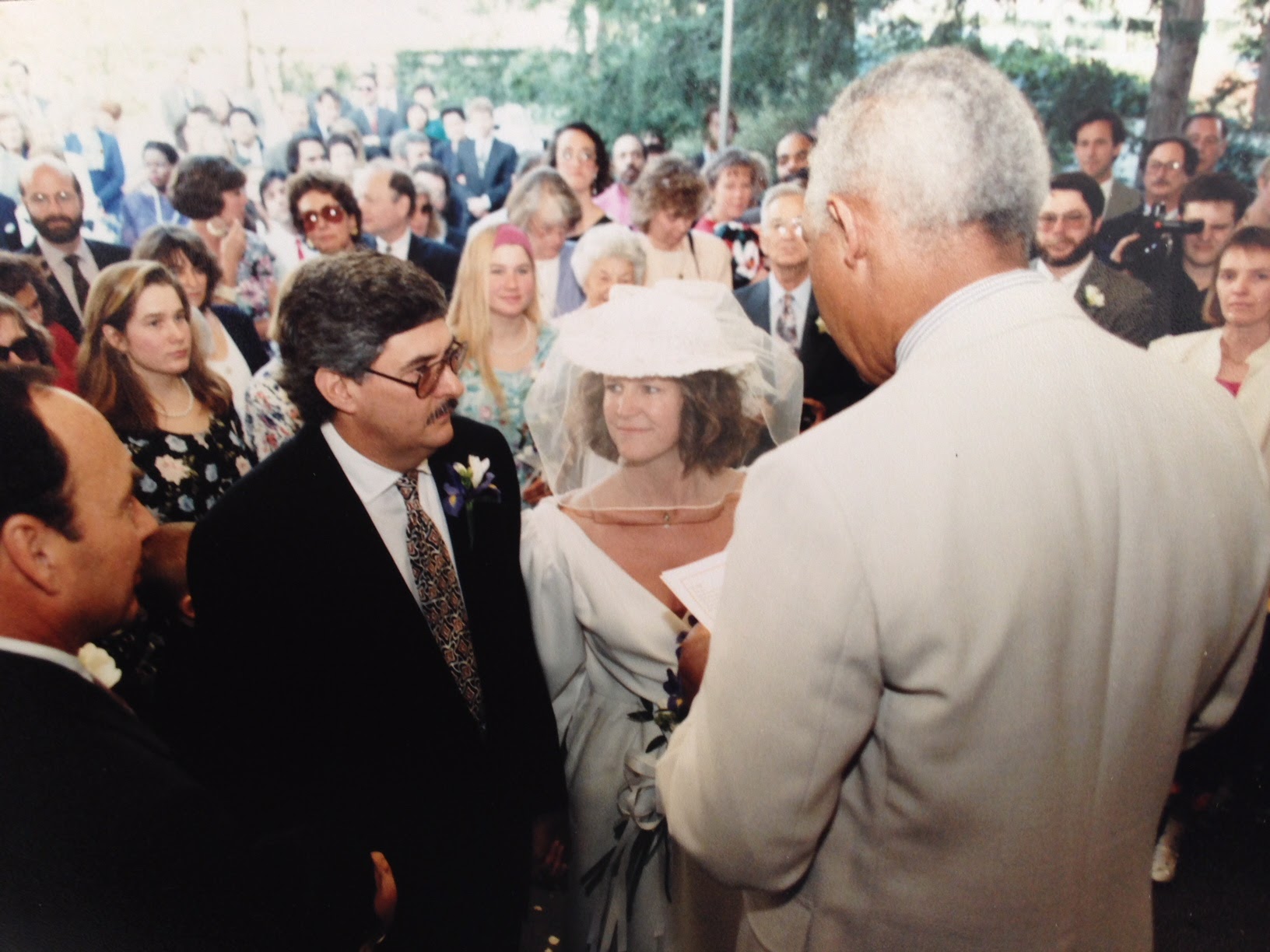 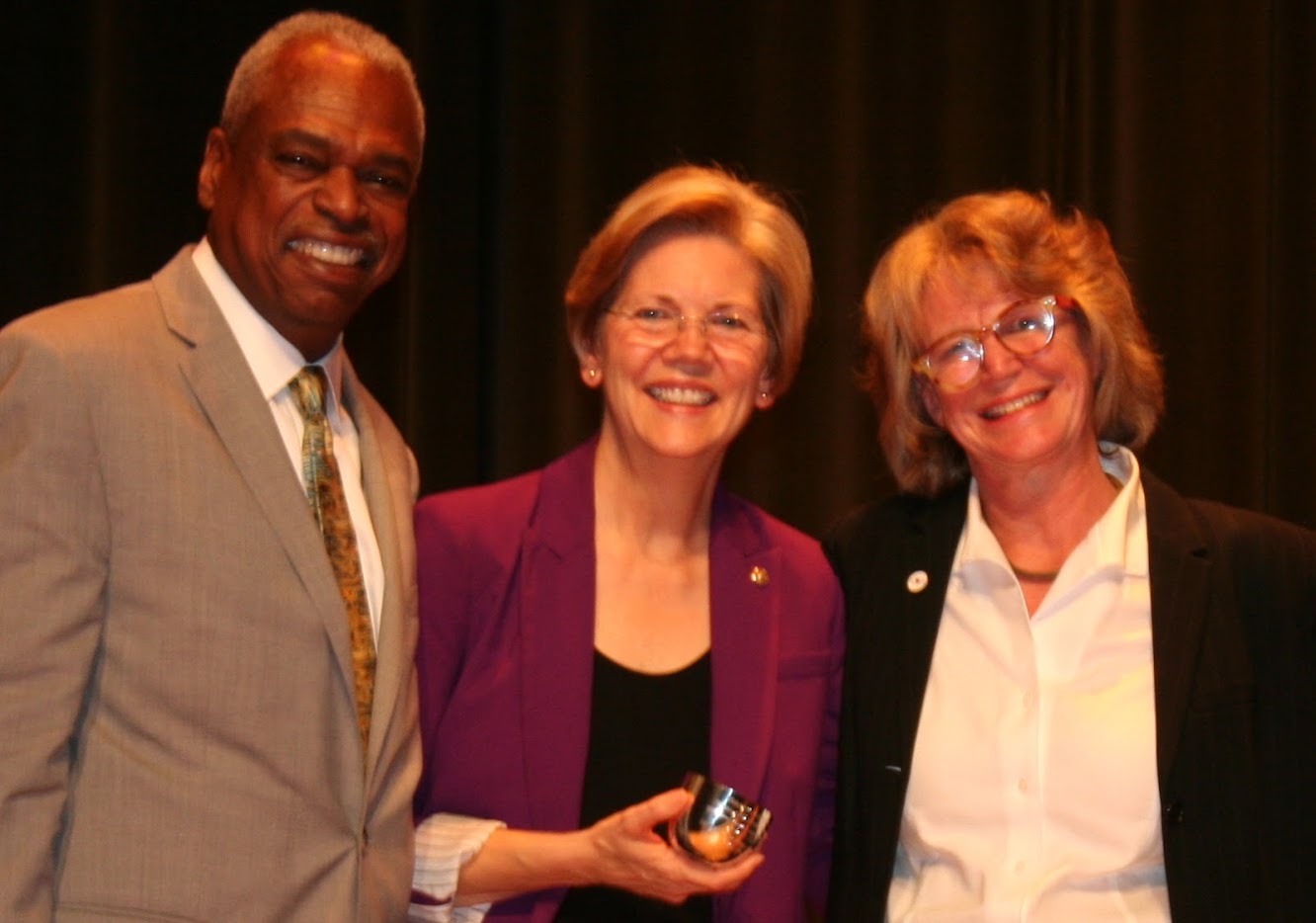 Presenting the Dean’s cup to Elisabeth Warren with Wade Henderson 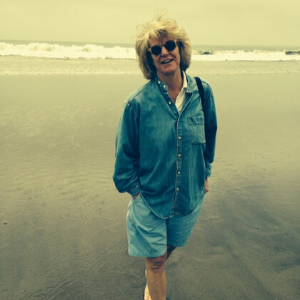 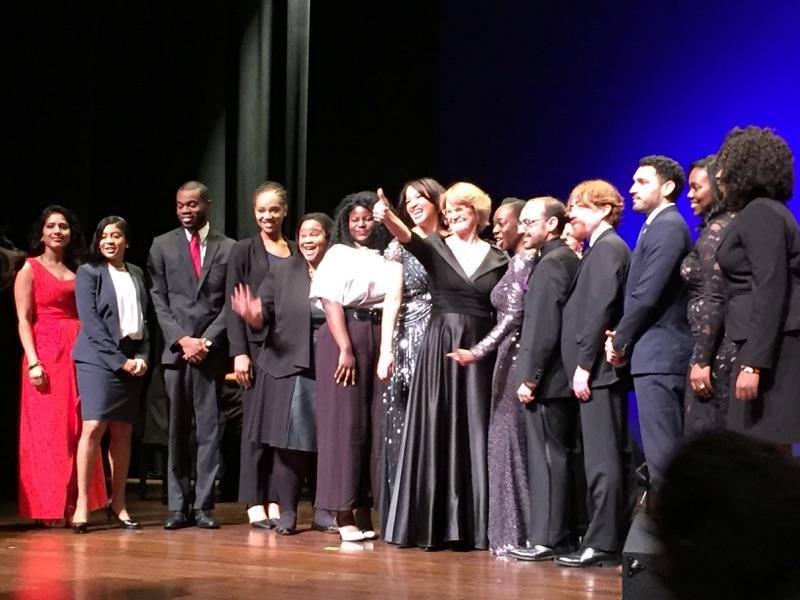 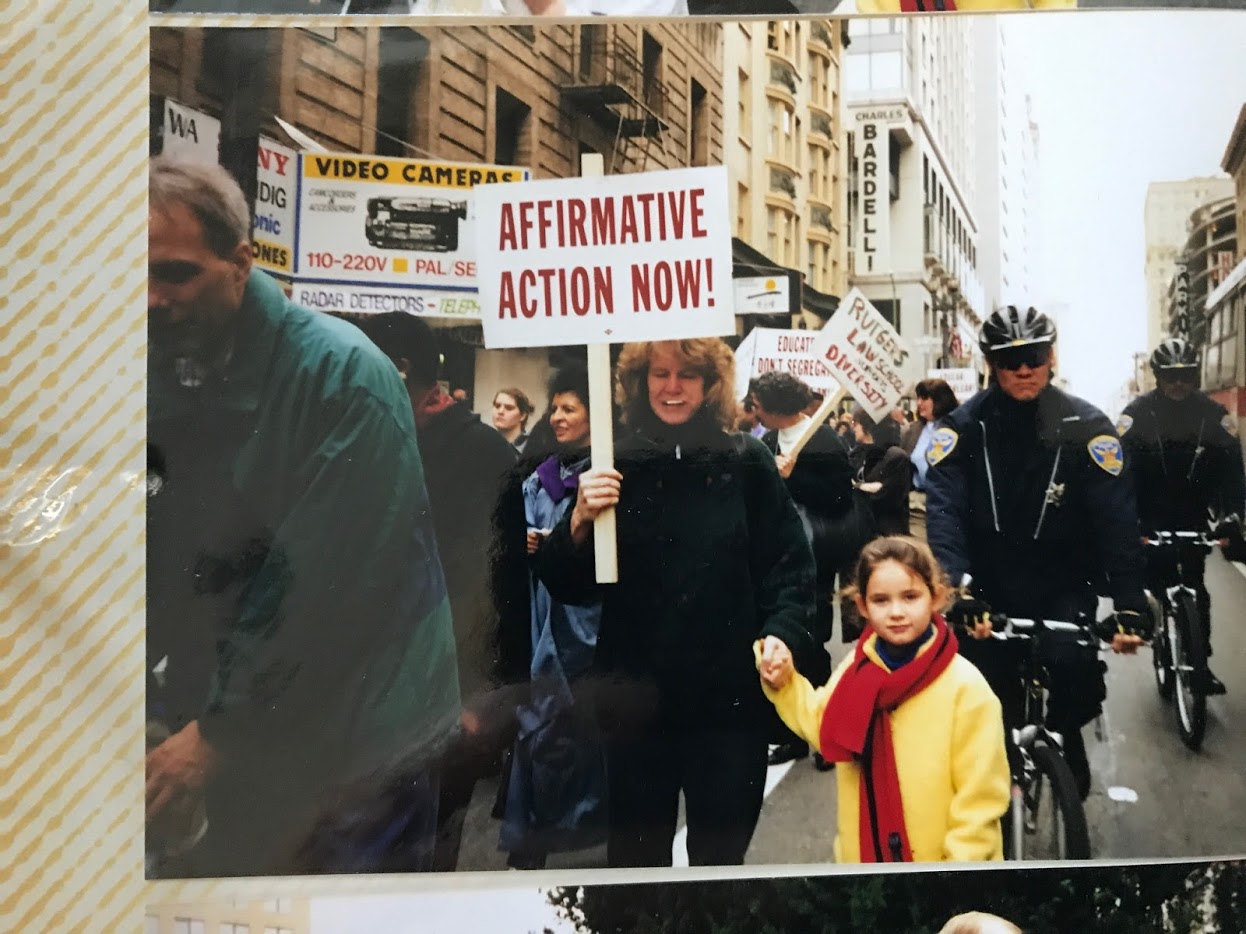 With her daughter Isabella marching for Affirmative action in San Francisco 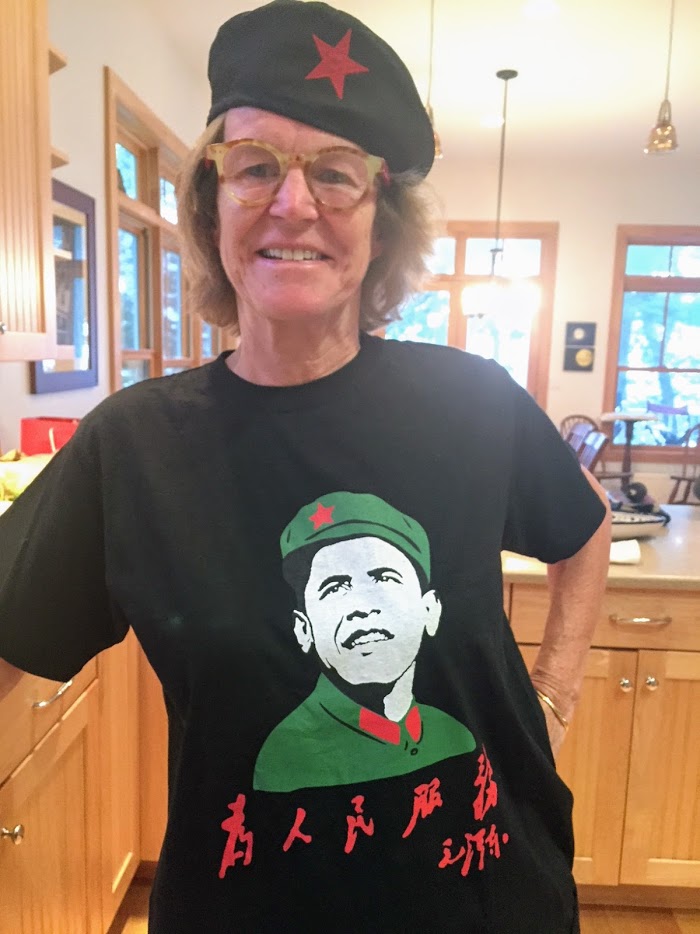 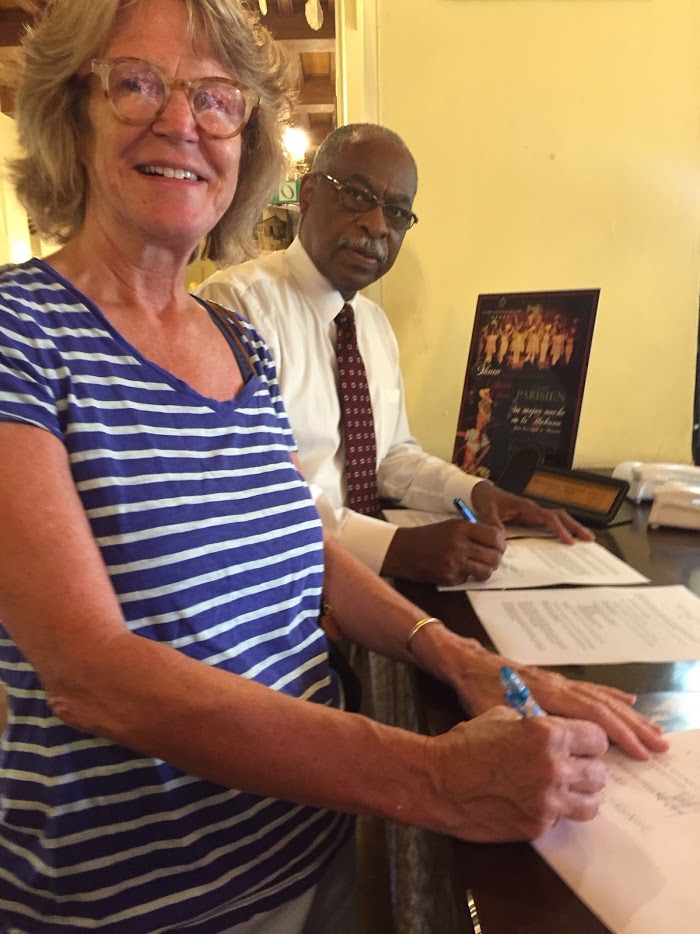 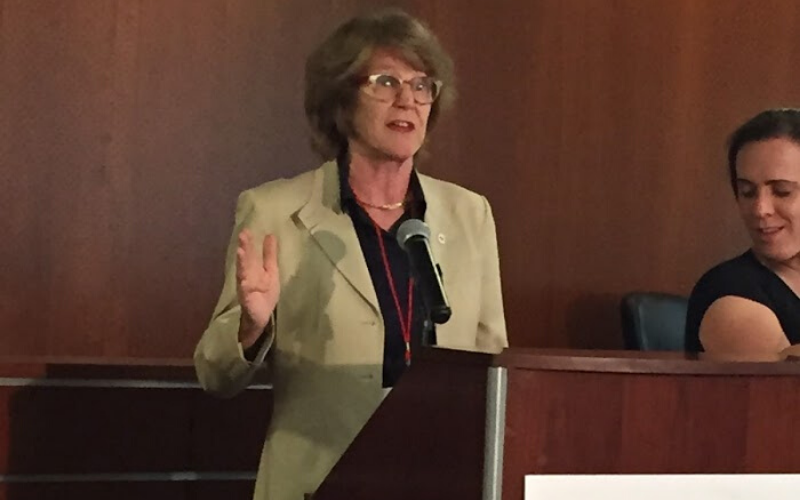 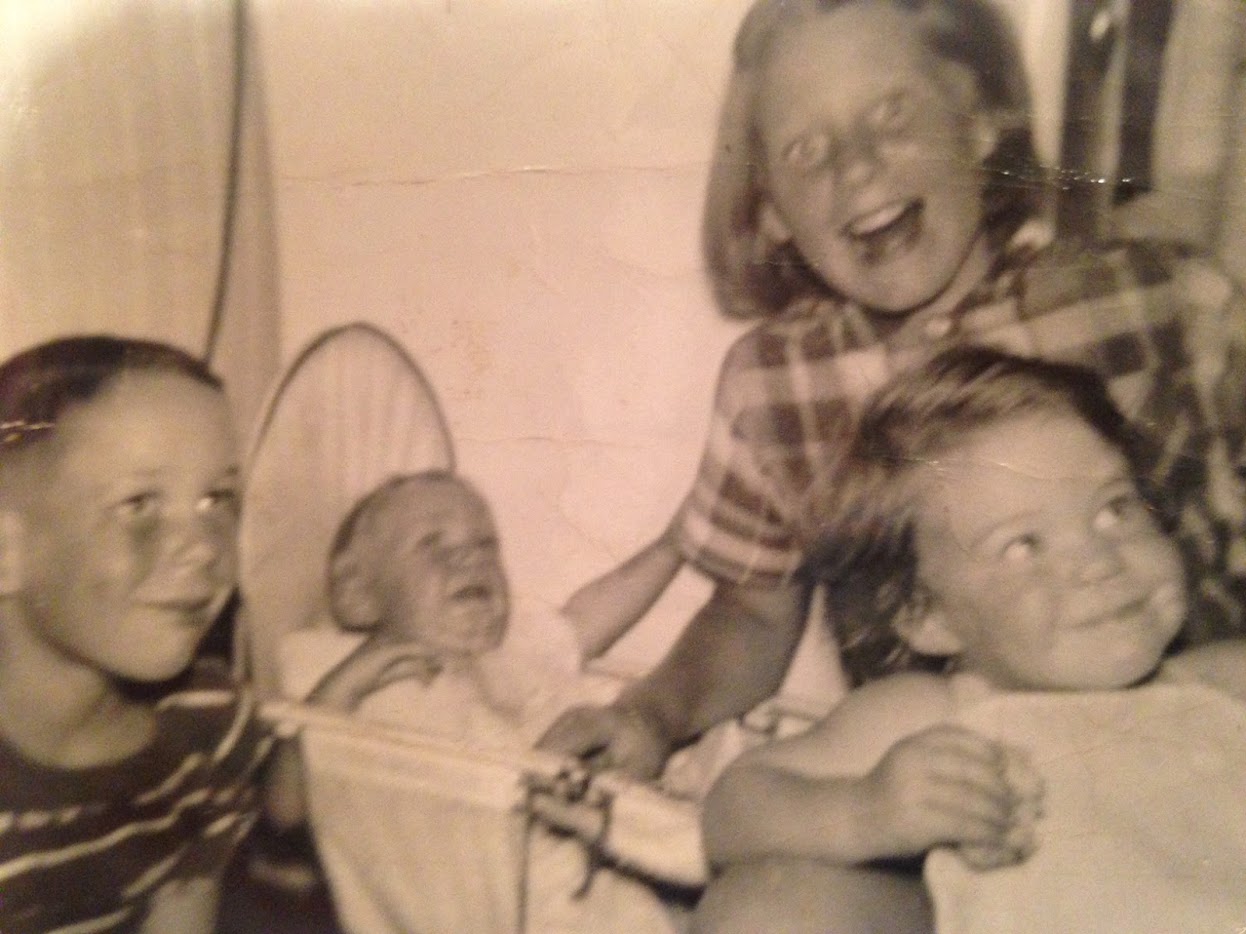 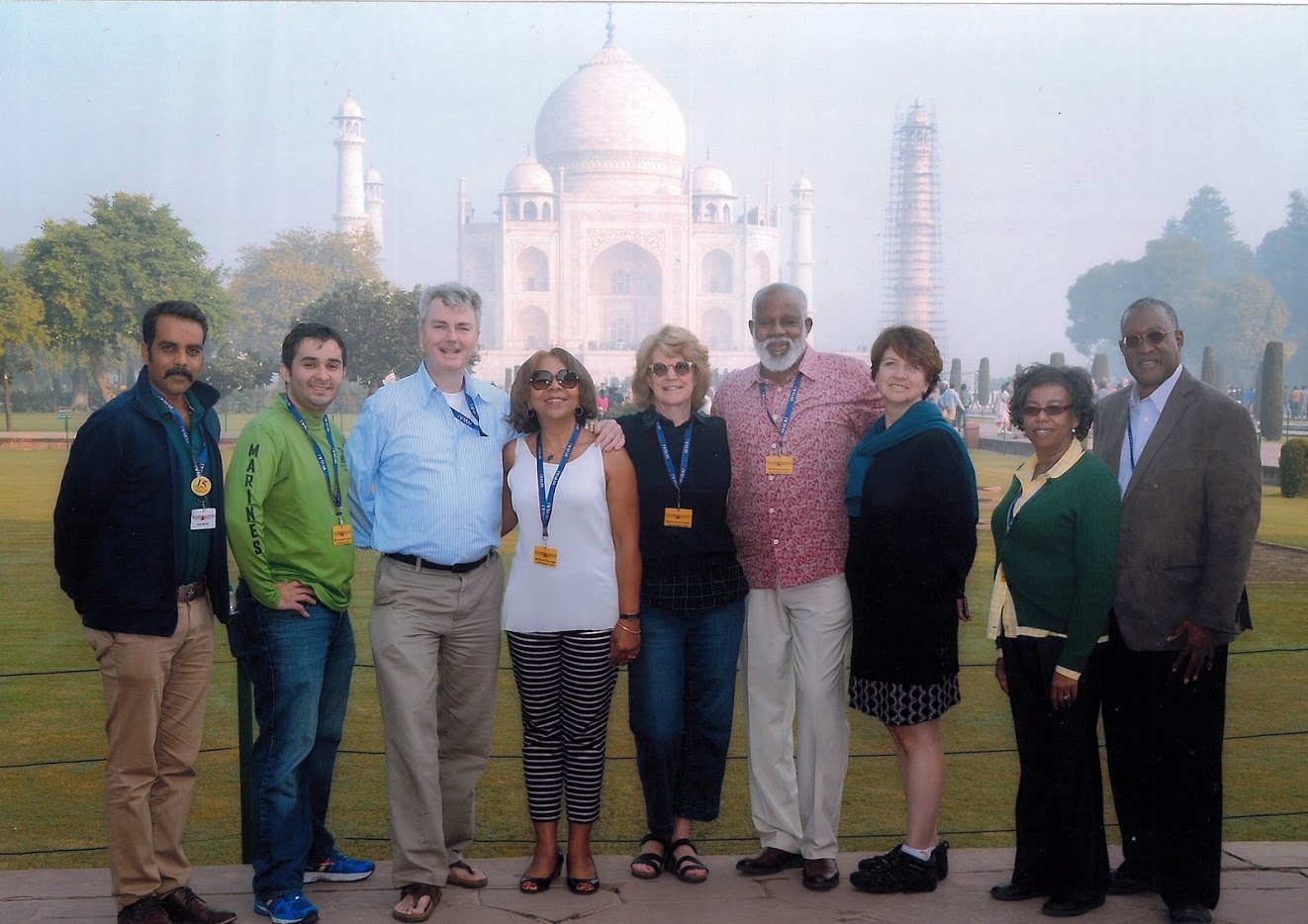 Leading a law delegation with alumni and friends in India 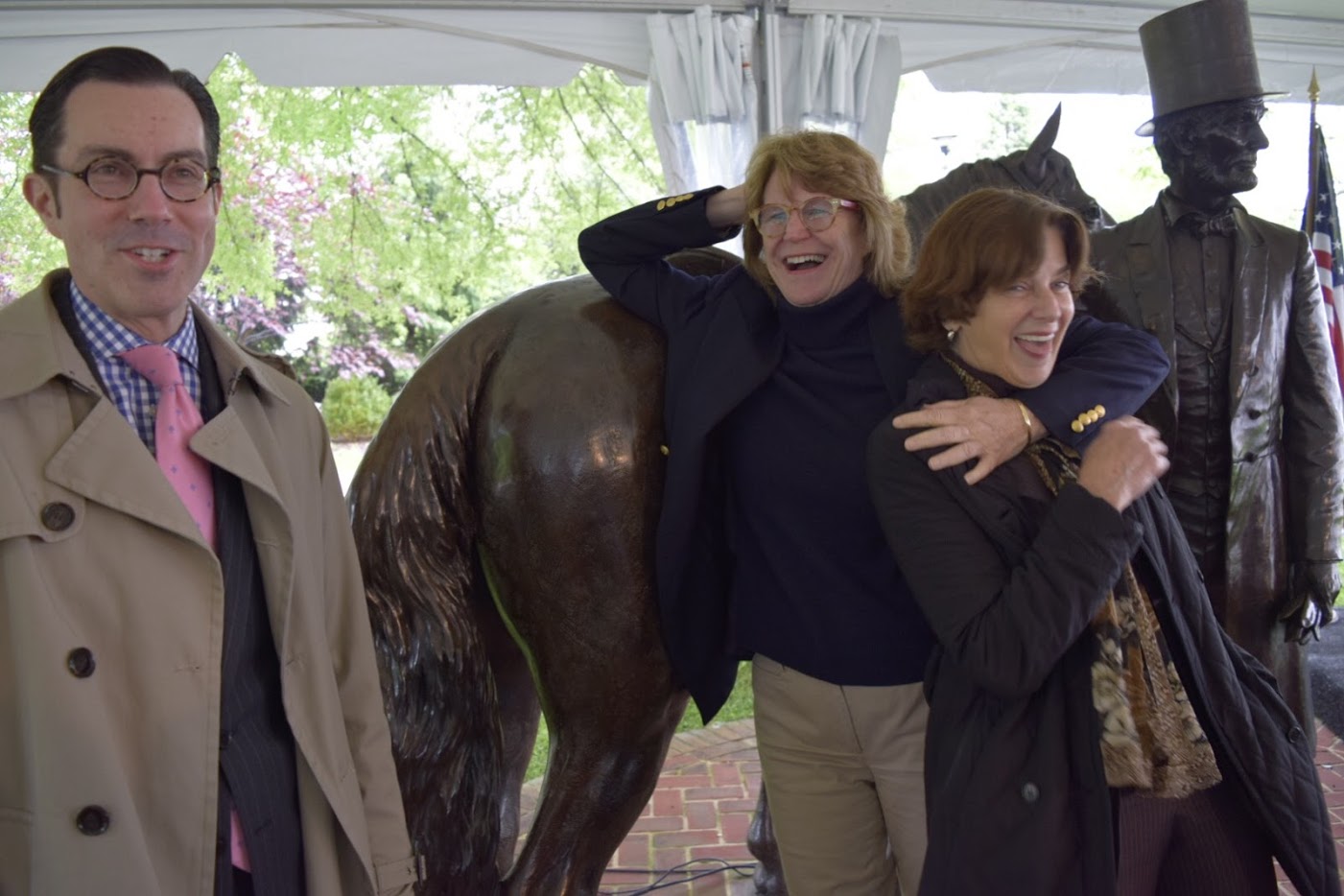 Horsing around with DC Council member Mary Cheh and Jon Bouker on Emancipation Day at the Lincoln Cottage, as they unveiled the new DC Constitution

Based on Katherine Shelton Broderick’s Oral History for the D.C. Circuit Historical Society

Shelley Broderick was born in Maine in 1951 and grew up in New England, spending the first decade of her life in Maine before moving to Boston following the death of her father.  She finished high school in New York City after her mother accepted a job with the Department of Housing and Urban Development there.  Broderick came to Washington, DC in 1969 to attend American University, where she studied behavioral psychology.  She used those skills for an early job doing group therapy with inmates at Lorton Prison – a major early experience working within the criminal justice system and with people who had inadequate access to legal services.  Deciding to become a lawyer, Broderick attended Georgetown University Law at night.  Having “hated” her first year of law school (too little “civil rights” and too much “contracts and property”), Broderick spent the subsequent summer in 1976 working as a teamster on the Alaska Pipeline.  With enough money saved up she switched into the day program and graduated in 1978.  As a student, Broderick immersed herself in the criminal defense clinic, and used her own experience with the criminal justice system to serve as a plaintiff in an ACLU lawsuit that successfully challenged the practice of police strip-searching for traffic tickets.

Broderick’s passion for using legal education to serve indigent clients led her to her first job after law school as a clinical fellow at Antioch Law School in 1979, where she first worked in the Landlord/Tenant Clinic before becoming Director of the Criminal Defense Clinic.  It was during these years that Broderick began to represent the first of what would become a long list of remarkable, compelling, and colorful clients in extraordinary cases, from Mitch Snyder and many other Reagan-era White House demonstrators to Philip Smallwood, a musician who played outside of Metro Center for money and who was arrested countless times for “aggressive panhandling.”

How does one initiate a new public law school?  How does one secure funding, construct a curriculum and teaching strategy, find buildings, build a first-year class, and get it accredited?  Broderick details the large-scale as well as granular points on these questions, having had more experience in these areas than perhaps any other law school leader in the nation.  Through it all she details what it has meant to build law schools and work with faculty and students doing what her career has been about:  “training public interest, public service, and public policy lawyers through an aggressive and outstanding and pervasive program of experiential and clinical legal education.”

As a major figure within the DC legal community, Broderick has also helped lead a number of initiatives and organizations committed to social justice.  The oral history details her involvement in creating the Consortium of Legal Services Providers, the TV program Sound Advice, her role on the Access to Justice Commission, the ACLU, and in the DC Appleseed Center for Law and Justice, her long and prominent participation in the DC statehood movement, and many other causes.

In 2020, Broderick was awarded the Thurgood Marshall Award by the D.C. Bar, recognizing her excellence in and dedication to the field of civil rights and individual liberties.

Finally, the oral history sheds light into Broderick’s family and personal life:  her close relationship with her three siblings, her long happy marriage to her late husband, John Clegg (a relationship that began at Dan’s Cafe and Pool Hall in Adams Morgan and soon moved to a first date at a Rolling Stones concert), and her life with her adored daughter, Isabella Sophia Clegg.