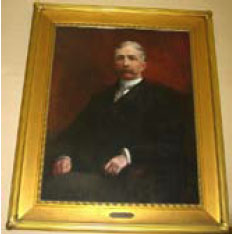 Overall Condition
Pieces of tape across top of frame and around the edge which may be evidence of wear. Fading on portrait may indicate that it is not in its original frame.