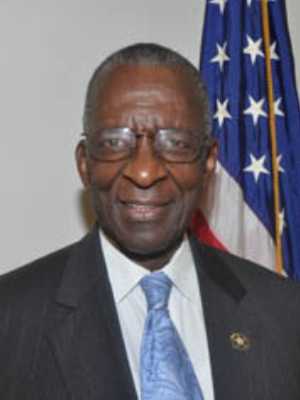 For many years up until his “second” retirement several months before his death in early 2018, former Deputy United States Marshal Richard K. “Kirk” Bowden was an institutional fixture and welcome sight to many at the federal courthouse in Washington, D.C.  It was customary for him to personally greet and assist visitors to his assigned courtroom before the proceedings started.  I, for one, was a frequent recipient of his courteous professionalism and over the years came to realize through our numerous informal conversations that he was also a cherished fountain of knowledge and history.  Indeed, I had no clue as to just how much until I heard him speak at a court sponsored Black History Month event during which he discussed his role in providing off-campus protection for James Meredith, the first African-American student to attend the University of Mississippi in 1962, a pivotal and tense moment in the Civil Rights movement.

In his oral history, taken for the D.C. Circuit Historical Society by Joshua Klein and Stephen J. Pollak, Bowden traces his rich and fascinating life that began in segregated Memphis, Tennessee in 1935, with thoughtful and purposeful reflection, including a captivating account of his involvement with the protective detail for Mr. Meredith.  Bowden also discusses the origins of his long and illustrative career in law enforcement that began with a four-year stint as a criminal investigator in the U.S. Air Force between 1954 and 1958, followed by a subsequent four-year stint with the Metropolitan Police Department’s Morals Division, primarily as a narcotics undercover officer.  In what might have been a fortuitous twist of fate, the lack of advancement opportunities with the Metropolitan Police Department ultimately led Bowden to join the U.S. Marshals Service where he enjoyed a distinguished 25-year career as a deputy U.S. Marshal, rising to the rank of a Supervisory Deputy Marshal.  Although he “first” retired in 1987, Bowden returned several years later to serve another 26 years as a District Security Officer with the Marshals Service.

Bowden’s oral history provides a unique perspective of what it was like to be a member of law enforcement in the late 50’s and early 60’s, particularly as an undercover officer when heroin was destroying segments of the community.  Over the course of his storied career, Bowden was part of numerous high profile events which he discusses, including helping to transport Joseph Valachi, a made member of  the Genovese organized crime syndicate, from New York to Washington in order testify before Congress, and guarding the sequestered Watergate trial jury for more than six months.  Naturally, Bowden had the opportunity to observe some of the best trial lawyers, such as Edward Bennett Williams, Kenneth Mundy, Dovey Roundtree, Julia Cooper, and William Bryant (before he became a judge) ever to practice in this jurisdiction, all of whom he discusses in his oral history.  Bowden also shares his thoughts about numerous judges who impressed him with their compassion, grace, evenhandedness, and innovativeness, such as Judges Alexander Holtzoff, Burnita Matthews, Spottswood Robinson, and Charles Richey, to name a few.

Bowden’s oral history is replete with many great stories that reflect his sense of humor, sense of history, compassion for his fellow man or woman regardless of their lot in life, and his sense of fairness and justice.  Having been a member of law enforcement for almost six decades, Bowden shares his insights on an array of interesting topics, including how the federal courthouse, which once handled all major felony criminal cases in the District of Columbia and had dormitory type rooms for sequestered juries, has changed and for the better with the significant addition of women and minorities to the bench over the years, something Bowden said he was proud to have witnessed.  Bowden reflected, “[t]alent is talent.  Intellect is intellect.  I don’t subscribe to the notion that the color of a man’s skin determines his intellect or a person’s gender determines their ability to do certain things, particularly practice law or to administer justice.”  In sum, Bowden’s oral history is a delight to read and digest given its unique and illuminating recounting of the court’s history through the keen eyes of an astute and beloved court house institution.

This comprehensive field training; extensive experience in safety patrol, security details,undercover investigations and public-service activities led to a career with the US Marshal Service 1962 to 1987. Retired in 1987 as Supervisor Deputy US Marshal. Since 1991 to current performs duties as a District Security Officer with the US Marshal’s Office.

Results
Earned consistent commendations for the devotion to duty with citations for excellence in job performance, upholding law and order, relating effectively with culturally diverse populations and protecting property and lives.

Infiltrated illegal drug ring operating on base and civilian communities, participated in undercover surveillance and “sting” operation leading to the arrest, prosecution and incarceration of guilty parties.

Assigned to protect James Meredith’s admission to University of MS in 1962. Detailed to Civil Rights cases in Birmingham and Selma, AL. Security detail for Dr. Martin Luther King’s March on Washington, 1963. Assigned to Security detail during the Martin Luther King Poor People’s March on DC in 1968. Provided supervision of the sequestered Watergate jury during trial of President Richard Nixon in 1975.

During career with the US Marshal Service has supervised and participated in security for other high profile criminal and civil cases in the District of Colombia courts.