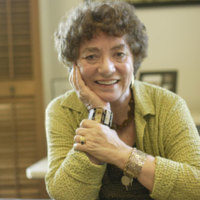 Based on Barbara A. Babcock’s Oral History for the ABA’s Women Trailblazers Project

Over the course of Barbara Babcock’s remarkable career, she touched and inspired thousands of law students and government lawyers, as well as positively impacted the lives of scores of defendants.  She served as the first Public Defender in Washington, D.C., the Assistant Attorney General for the Civil Division, and the first female professor at Stanford Law School.  A common theme throughout her career was her work ethic.  Babcock was a devoted wife to Tom Grey and was captivated by her grandchild, Dinah, who called her “Granny B.”

Babcock was born in Washington, D.C., but spent her early childhood on her grandparents’ farm in Hope, Arkansas, where she did not have enough money for shoes in first grade.  She recalls that the first time she experienced sex discrimination was when her grandfather would ask her younger brother, who was not interested, whether he wanted to come along to bring in the cows, while Babcock longed to do so but was never asked.  Babcock comments that, “I was brought up religious, and . . . the idea you ought to think about other people in everything you do and try to make the world a better place is just deeply imbued in me.”

After graduating from the University of Pennsylvania in 1960 where she was an avid debater, Babcock entered Yale Law School as one of 13 women, earning a Woodrow Wilson scholarship.  She had been saying that she would attend law school since she was eight or nine years old, and Yale was the only school she applied to.  As Babcock describes it, “No one to tell me I couldn’t do it.  But no one told me I could either. . . .  I had this tremendous confidence and belief in myself.”  While on a college debating trip in New Haven, she showed up at the law school and demanded to be interviewed, saying “I know you don’t interview people, but I’m here.”  Babcock loved law school “right from the beginning” – she thought, “I understand this, I’m really good at this, and this is it.”  But she would never raise her hand, even though she was always “exquisitely prepared.”  Although Babcock remarks that she “mostly [was] a beneficiary of affirmative action and . . . suffered very little from discrimination,” she attributes her not being chosen as an officer of the Law Journal to sex discrimination.

At Yale, Babcock roomed with Eleanor Holmes Norton.  She describes herself as a “sympathetic observer” to the civil rights movement.  She was excited when Eleanor would have people over, explaining:  “[We would] feed them until two or three in the morning and Judy [Stein, the other roommate] and I are washing the dishes in the bathtub because there’s too many dishes to wash in the sink, and Eleanor has gone to sleep.”

After graduating at the top of her class, Babcock clerked for Judge Henry Edgerton.  Judge Edgerton’s senior status meant he could choose the cases he sat on, and he only took criminal cases due to Babcock’s interest.  Judge Edgerton also loaned her to Judge David Bazelon to work on his criminal cases.  Following her clerkship, Babcock went to work for the famous criminal defense lawyer Edward Bennett Williams, where she represented “big Mafioso” clients.

When an opening arose at Legal Aid, Babcock changed jobs, preferring to represent poor people.  She rose to be the head of that organization and helped draft a statute establishing the Public Defender Service (PDS) staffed by a combination of lawyers, investigators, and social workers who would help clients find jobs and treatment programs.  At the age of thirty, Babcock became the first head of the PDS.  She explained, “[e]verything that I ever dreamed of about being a criminal defense lawyer came true for me.  I loved talking to juries; I loved being the spiritual leader of the place; I loved the camaraderie of the fellow defenders; I liked how simple and uncomplicated the role of the defense lawyer is.  During the last case I tried . . . I had as much fun as the first case I tried – maybe more.”  Even as the head of PDS, she spent time in court, “because if you are going to lead, you got to be . . . in the trenches.”  Throughout her time as a litigator, Babcock was “passionate and sure I was right and always pushing along and not ever accepting the system.”

Babcock first “got on the bandwagon” of the women’s movement when a group of female law students, who were “stunned and shocked” at the absence of women from the curriculum, asked her to teach a class at Yale on Women in the Law.  Although the topic was not one Babcock was interested in, she loved the feeling of being “part of something big that was happening,” and describes it as her “sacrifice for the movement.”  Given Babcock’s many talents, she became highly sought after as a full-time professor.  As much as Babcock enjoyed leading the PDS, she knew that she wanted to teach, and she thought that she “should seize the moment because . . . it would not last.”  Upon joining the faculty at Stanford Law School, Babcock assumed she would teach criminal procedure, but because there was already a popular professor teaching criminal law, she was advised to teach something else.  Babcock chose civil procedure, a first semester course:  “I wanted to get the students right at the beginning and talk to them . . . teach them about how to be a lawyer, and the ethical side of it.  I will imprint them and they get to be my people.”

After President Carter was elected, Attorney General Griffin Bell asked Babcock to consider a number of roles at the Justice Department.  She was drawn to the job as the head of the Civil Division because she “really wanted to run a law office . . . and [be] a leader and [set] policy and [try] to influence how the government litigated.”  When the press asked, “How do you feel about getting this job because you are a woman,” she would reply, “It’s a lot better than not getting it because I’m a woman.”  Babcock won the only Supreme Court case she argued, and she was proud not only that her reorganization of the Civil Division stood the test of time, but also that she inspired generations of lawyers who worked there.  While in D.C., Babcock also unofficially lobbied the Carter administration in favor of female appointees, including Ruth Bader Ginsburg, who gave Babcock credit for her D.C. Circuit nomination.

After 2½ years as Assistant Attorney General, Babcock returned to Stanford Law and taught criminal procedure, describing the large classes as “like leading an orchestra.”  Beloved by her students, Babcock was the only professor to win the prestigious Hurlbut Award – given by the Stanford graduating class – four times.  Babcock made an indelible impression on her former students, many of whom say that they hear her voice when they go into court.

At the time of the oral history in 2006, Babcock was working on a biography of Clara Foltz, who was the inventor of the public defender, but who had been forgotten.  To Babcock, Foltz is “a companion and inspiration and mentor of the type that I haven’t had.” 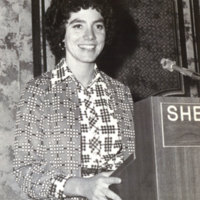 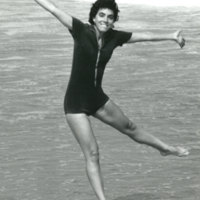 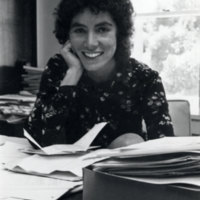 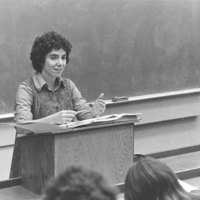 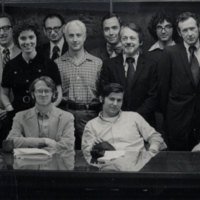 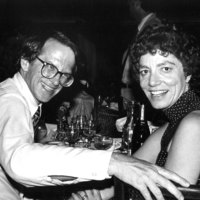 Barbara with Tom Grey, circa 1970s 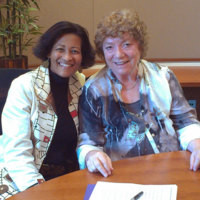 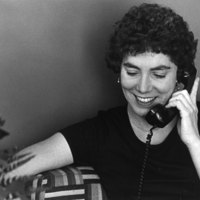 Barbara in her office in the 1980s. Photo taken by Jay Spears, one of her dearest students. 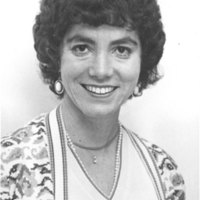 Professor Babcock in the 70s 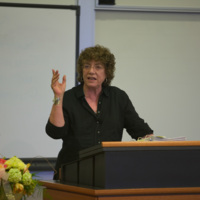 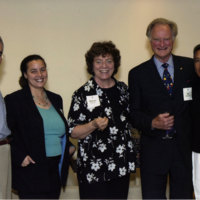 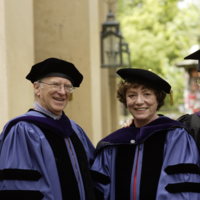