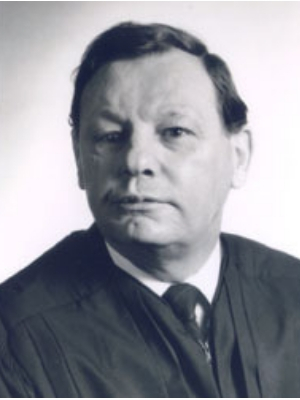 Magistrate Judge Patrick Attridge: How Law Practice Used to Be

During his fifteen years as a United States Magistrate Judge (1983-1998), Patrick J. Attridge was involved in a number of high-profile cases, such as handling initial matters after the 1990 arrest of then-Mayor Marion Barry on drug charges, as well as determining the risk of flight of Jonathan Pollard, who was arrested in 1985 (and later pleaded guilty) for passing defense secrets to Israel in violation of the Espionage Act.

Before going on the bench, Attridge had an active trial practice, and he describes his experience trying cases before many of the legendary judges of the U.S. District Court for the District of Columbia. His experience also provides insight into what being a trial lawyer meant from the 1950s through the 1970s.

Born in Queens, New York in 1929, Magistrate Judge Attridge grew up and attended both St. John’s Preparatory High School and St. John’s University. Right after graduating from college in 1951, he was drafted into the Army and became a lieutenant. Sent to Korea, he was wounded while fighting in the Battle of Pork Chop Hill, when the Chinese army launched a massive attack against U.N. forces in April 1953. (The battle became the basis of a 1959 movie, Pork Chop Hill, starring Gregory Peck.) Attridge received a Silver Star for his valor in that battle, as well as a Purple Heart, and his injuries brought him to Walter Reed Hospital in Washington.

Upon his discharge, he enrolled in law school at Georgetown. He graduated in only two years under a program aimed at veterans, which entailed taking day and evening classes simultaneously and attending school in the summer. Following graduation from Georgetown in 1956, he became a trial lawyer, starting in what was then D.C. Municipal Court and over the years doing more work in District Court.

In those days, a trial lawyer tried numerous cases – and for a young lawyer, it involved a lot of learning by doing. Everything about civil litigation was different then. Discovery disputes were routinely resolved at a hearing before a judge, who would fine the losing side $50 or $100. However, the winning lawyer might say not to worry about it because the next time, “the shoe might be on the other foot.”

At a time when photocopying was an emerging and expensive technology (copies cost $2 or $3 a page and reproduced as white type on black background), discovery entailed delivering original documents to opposing counsel, who would make typewritten copies and return the originals. Did originals ever disappear? It  “never happened” to him, Attridge said, adding that the trial bar at the time was relatively small.

Deposition practice was different then too. One could be in trial in the morning, ask the judge for a recess at 3:45 PM, and return to one’s office for a 4 PM deposition that would likely last only 30 or 45 minutes.

Trial practice was also different. Before judges on the District Court adoptedan individual calendar system in the 1960s, it could take up to four years to get a case to trial, with a different judge involved every step of the way. Dispositive motions were frowned on. “The concept was to try cases on their merits,” Attridge explained, adding, “Of course, there were a lot more directed verdicts.”

The District Court had broad jurisdiction then, handling felony cases until all non-federal cases were transferred to the newly created Superior Court in 1971. Lawyers were expected to do “their share” of appointed criminal cases pro bono. The District Court handled probate matters in those days, so it was not unknown for a judge to appoint a lawyer to take a criminal case and to separately appoint that lawyer as an executor or trustee in a probate case.

Before the 1970s, District judges’ tasks also included appointing members of the D.C. school board and handling adoption proceedings. In fact, Attridge recalled that while serving as a Magistrate Judge into the 1990s, the court received several requests each month from people who had been adopted years before and who wanted to unseal records regarding their adoption.

In addition to his judicial duties, Judge Attridge served on several District Court committees and the Security, Space and Facilities Committee of the Judicial Conference of the United States by appointment of Chief Justice William Rehnquist. Judge Attridge retired after 15 years of service.

Courtesy of the Attridge Family 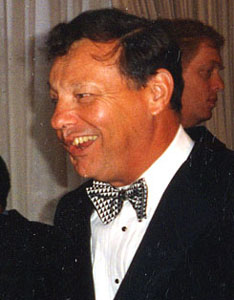 Judge Attridge in his formal attire. 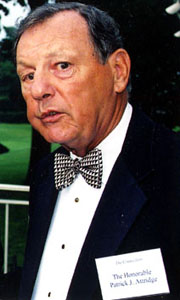 Judge Attridge with The Counsellors.