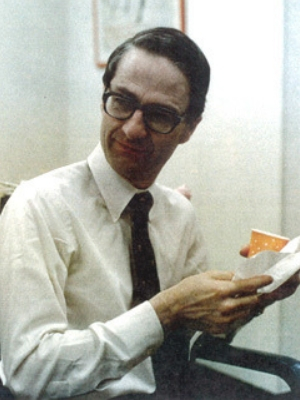 Caught Up in Watergate:  The Early Adventures of Attorney Daniel Armstrong

By Carl Stern
Based on Daniel Armstrong’s Oral History for the D.C. Circuit Historical Society

Young Washington attorney Daniel (“Mac”) Armstrong had a feeling there was trouble ahead when he saw White House counsel John Dean waiting outside the office of his boss, Acting FBI Director L. Patrick Gray.  “I wasn’t really happy to see him there,” says Armstrong in a recorded oral history about his forty years of government service.  “I thought that he could not possibly be up to any good.”

It was the summer of 1972, a year after the death of J. Edgar Hoover.  The Watergate investigation was dominating the headlines.  Armstrong, who had come to Washington to work under Gray at the Justice Department, says he has wondered frequently since then why he hadn’t said to Gray, “Boss, I don’t know why I have seen John Dean waiting in your waiting room.  Please be careful.”  He adds, “I have kicked myself many times.”

A tarnished Gray left the government in 1973 after it was established he had allowed Dean, then part of the cover up, to see FBI investigative files and sit in on interviews of prospective witnesses.  Worse yet, Gray had destroyed in the fireplace of his home documents that Dean had given him from the White House safe of Watergate principal E. Howard Hunt with instructions that “these should never see the light of day.”

Nevertheless, Armstrong, who was Gray’s personal assistant, contends, “The adverse publicity about Gray during Watergate was unfair.”  He says, “I thought the world of Pat Gray.  I think he was a very decent person who happened to be in the wrong place at the wrong time and suffered badly for it.”

Armstrong wishes that he had shared his misgivings with Gray.  “I thought that almost from day one the White House reaction [to the Watergate break-in] looked suspicious.  I thought this is not just a third-rate burglary.”

Within a week or so after the break-in, CIA Deputy Director Vernon Walters visited Gray’s office and told him the White House wanted the Bureau to hold off for a few weeks because an investigation might entangle some CIA operations.  Armstrong says Gray, a Naval Academy graduate and a wartime submarine captain, did as he was asked.

Armstrong asserts that Gray took it seriously and thought there was a real possibility it could be true.  “This man was a military man, he obeyed orders, was very loyal, and properly viewed himself as a patriot.  He didn’t see it all as one great big conspiracy.”

Armstrong saw it differently.  “Just watching these people, looking at their demeanor etc.  I always thought we may very well be dealing with an administration here that’s in big, big trouble.”

Armstrong pins much of the blame for Gray’s troubles – and Armstrong’s own departure from the FBI – on the man who was Deep Throat, Deputy FBI Director Mark Felt.  Armstrong paints Felt as a part of the FBI’s “old guard” who resisted efforts by the younger agents to make major changes in the Bureau’s processes and priorities.  Agents increasingly turned to Armstrong to convey their concerns to Gray.

“[Gray] would go down to the academy [in Quantico] every Thursday,” recalls Armstrong, who rode with Gray.  “And that’s when I had the chance to tell him everything I found worrisome, or had been brought to my attention.”

Nonetheless, Armstrong acknowledges, “I certainly wasn’t one of those people who thought [Felt] had to be moved out of the way.”  He says that “never in my wildest imagination” would he have believed that Felt was Deep Throat.  “I certainly didn’t trust him, but it was inconceivable when people said Felt was the leading suspect.”

Armstrong indicates his “one terrible regret” was that he didn’t urge Felt to be more open with Gray.  He says he knew Felt was unhappy and believed the Watergate probe was not being done correctly, and that Gray was “a complete tool of the White House.”  Armstrong believes Felt owed it to Gray to discuss his concerns with him man-to-man, in person, rather than resorting to nighttime meetings with a reporter in an underground garage.  Says Armstrong, “Felt had lots of perceived grievances about the way [Gray] was conducting the Watergate investigation.  But give the man a chance to show that he can do the right thing.”  Armstrong also notes that Felt could have resigned on principle.

Why didn’t Felt do either?  Armstrong doesn’t have an opinion, but describes it as “interesting” to consider the contents of a book by freelance author Max Holland.  Holland wrote that despite all his reservations, suspicions, and dislikes of the White House, Felt apparently continued to harbor some desire to be FBI Director.  According to Holland, Felt’s motivation might have been to undermine Gray, to make it impossible for Gray ever to be the permanent Director, and hope that the White House would turn to him instead.

When Gray resigned, Felt’s office called Armstrong to know what his intentions were.  Armstrong says he replied that he was clearing out his office by day’s end.  He went to lunch.  When he returned, he discovered that Felt had changed the lock to his office.

Armstrong recalls his feelings at the time.  “I have perhaps gotten myself in a situation where I’m very damaged goods and I may not have a chance to be doing much of anything in the way of a legal career.  It had been an enormously exciting time, but it’s not the kind of thing you want on a resume.”

Armstrong need not have worried.  Through a friend, he was invited to join the Federal Communications Commission as an attorney in the Litigation Division of the Office of General Counsel.  Two years later, in 1975, he was elevated to Chief of the Litigation Division, where he remained until his retirement in 2010.

Daniel M (Mack) Armstrong III was born on December 29, 1941 and grew up in Rogersville, Tennessee. He graduated from the McCallie School in Chattanooga, Tennessee and then attended the University of North Carolina in Chapel Hill as a Morehead Scholar, graduating in 1963 with a degree in American History. He received his law degree from Harvard Law School in 1966.

He then worked briefly as an Associate at the New York law firm, Chadborne, Parke, Whiteside, and Wollf, where he has previously been a Summer Associate. Armstrong left Chadborne in 1967 to begin three years on active duty in the Navy Judge Advocate General’s Corps, most of which time he spent as an instructor on the staff of the Naval Justice School in Newport, Rhode Island.

After his military tour, Armstrong became an Assistant U.S. Attorney in the Eastern District of New York for fourteen months until moving to Washington in June 1971 to join the staff of the then Assistant Attorney General for the Civil Division, L. Patrick Gray III. When Mr. Gray was appointed as the acting director of the Federal Bureau of Investigation in May 1972, his personal staff accompanied him and served with him in the FBI until his resignation nearly one year later.

Courtesy of the Armstrong Family 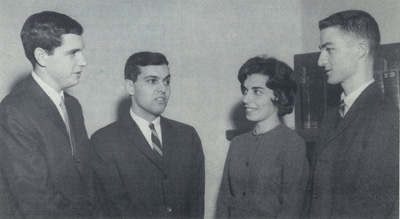 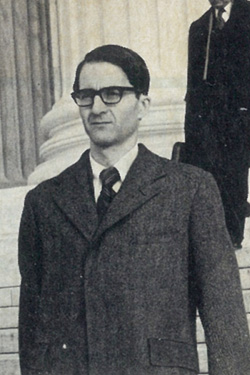 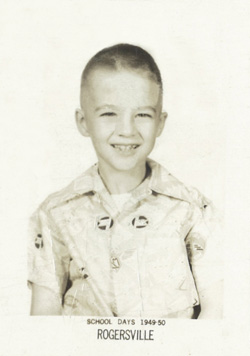