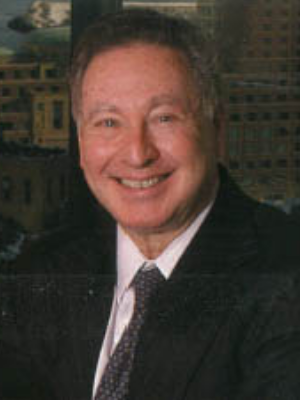 John Aldock’s career is filled with adventure. He began by clerking for D.C. District Judge Luther Youngdahl, who he describes as looking like “God in the Sistine Chapel.” In Aldock’s telling, Youngdahl is larger than life. A great jurist who was not elevated to the appellate bench because some of his rulings angered Sen. Joe McCarthy, Youngdahl may have snookered General Hershey, then the head of the Selective Service, from drafting lawclerk Aldock during the Vietnam War. And although he was a Republican appointee, Youngdahl arranged for his lawclerk to work on the Humphrey presidential campaign because the judge could not abide Nixon.

As improbable as those events were, Aldock’s time in the U.S. Attorney’s Office for the District of Columbia was equally unimaginable. While U.S. Attorneys offices are today generally buttoned-down operations, Aldock had the great fortune to work in the U.S. Attorney’s Office for the District of Columbia in the “Flannery Era.” The office then, as now, provided a wonderful opportunity for trial practice, but it also had a wild side unlikely to be found in a U.S. Attorney’s office today. Indeed, in Aldock’s recounting it is reminiscent of the Wild West in its glory day. Justice generally prevailed though some of the creative actions taken then are inconceivable now e.g. AUSAs on weekend duty dispensing “common law” divorces, issuing restraining orders, and awarding child custody, all in the name of fostering community peace. Some of the judges Aldock describes also sound as if they are from another era. One was so unstable he had Aldock placed in a holding cell for allegedly staring at the judge’s water pitcher. Another routinely had his career clerk run the courtroom in his absence.

Life in a law firm might seem staid after these early escapades, but Aldock’s has been anything but. Whereas the general advice to lawyers today is to specialize, Aldock will have none of it. His prescription for an exciting career is to constantly reinvent yourself so that you are challenged anew: “We are trained to read statutes and cases. We don’t have to have litigated ten cases under a statute to get on top of the issues that we need for a particular case. At times somebody new reading a statute is going to come up with a novel creative interpretation that is lost on others who have lived with the statute all their lives.”

Aldock’s goal was to recreate himself every two to three years, and the range of matters he handled suggests that he was successful in that endeavor. To list but a few: he represented the Islamic Republic of Iran (during the hostage crisis his clients prepared some affidavits that were filed in court with a heading of “Praise to Allah; Down with Fascist Pigs”); Congressman Charlie Wilson’s alleged mistress during investigation of the Congressman (much of which was memorialized in Charlie Wilson’s War, both the book and the movie); Jeffrey Wigand, a whistleblower who revealed on 60 Minutes that tobacco CEOs knew and lied to Congress about the addictive effect of nicotine (this too became the basis of a movie, The Insider, with Russell Crowe starring as Wigand); the company responsible for a barge which was extensively reported in the news as having smashed through a levee and caused flooding of the Ninth Ward and St. Bernard Parish during Hurricane Katrina; and Judge Thomas Penfield Jackson who was being challenged for refusing to allow Reverend Farrakhan to sit in the front row during the trial of D.C. Mayor Marion Barry for cocaine possession. Aldock worked with the Independent Counsel investigating then Attorney General Edwin Meese and also led major antitrust and class action lawsuits involving huge national and multinational clients.

Aldock makes the case for the uniqueness of D.C. practice because of the opportunity it presents to deal with pressing public issues. He also makes the case for being a substantive generalist. But the overriding message in this oral history is that if you play your cards right, the practice of law can be a lot of fun.

On October 1, 2012 Mr. Aldock will retire from the private practice of law in D.C. after 41 years of practice. At that point he will embark on “a new career,” having promised his wife Judy that he would not be home for lunch.

Mr. Aldock was born in Washington, D.C. on January 20, 1942 and went to public schools in the D.C. area. He attended Northwestern University and the University of Pennsylvania Law School. After graduation, Mr. Aldock clerked in D.C. for U.S. District Judge Luther W. Youngdahl, worked for Hubert H. Humphrey in the 1968 election campaign, and was an Assistance U.S. Attorney for D.C. from 1968 – 1971.

Mr. Aldock tried throughout his career to change the focus of his litigation practice every few years, as he says, to avoid getting bored. His oral history concentrates generally on cases of some public interest and often on cases that were more likely to have come to a Washington lawyer.

Mr. Aldock is married to the former Judy Robichek. They have two daughters, Jessica and Stephanie, and two granddaughters, Samantha and Alyssa. 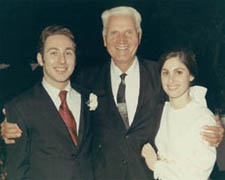 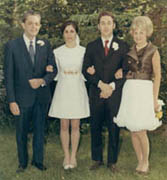 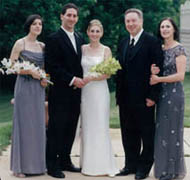 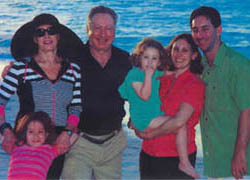