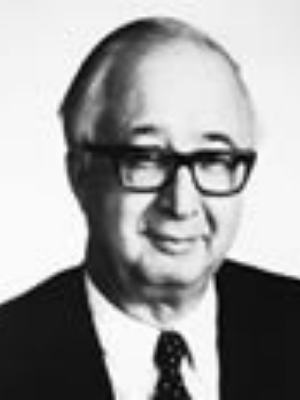 OF A LAWYER AND HIS FIRM:  ABE KRASH AND ARNOLD & PORTER

Based on Abe Krash’s Oral History for the D.C. Circuit Historical Society

Abe Krash’s oral history covers his role in some of the most significant legal cases of the twentieth century, most notably Gideon v. Wainwright.  He also recounts more than eight decades of a life that ranged across much of America.  Krash was born in Michigan in 1926 and grew up, the son of an immigrant rabbi from Lithuania, outside of Cheyenne, Wyoming.  As a student he wrote for the school newspaper and caught the eye of the local editor.  Reflecting on his childhood as a Jewish boy in a small Western town, he says, “There was prejudice, no doubt about that. . . . But I experienced very little. . . . I was editor-in-chief of the high school student newspaper.  I was on the debate team.  I won the state oratory championship.”

His success as a high school student sent Krash off to the University of Chicago during the height of World War II.  He was greatly impressed with the intellectual rigor of the place and struggled to keep up with its demands.  “The U of C was a great culture shock for me,” he says.  “It was a truly spectacular place.”  He also recounts a strange and amusing anecdote:  the time the student newspaper – of which he, reprising his high school role, was editor-in-chief – found itself confronted by the military for allegedly endangering vital national security, having reported in general terms on one of the physics professors at the school who was, unbeknownst to them, at work on the Manhattan Project.  Among others, Enrico Fermi was on campus at the time.

After completing college, Krash remained in Chicago to attend the University of Chicago Law School.  Two of the professors who most influenced him during and after law school were Edward Levi, whom Krash calls “one of the most exceptional men I have known during my lifetime,” and William Crosskey, a then-controversial and now-obscure legal academic about whose massive book on the Constitution Krash later wrote a law review article.  On graduating, having “no intention of being a lawyer,” Krash decided to spend a graduate year at Yale Law School, which presented a new and different kind of culture shock.

It was at Yale where Krash met Patricia McGowan (later Wald), the eventual Presidential Medal of Freedom recipient who would unknowingly set him on the path that defined his career.  After they both left Yale and came to Washington, Krash started work with a former government lawyer, Raoul Berger, while McGowan became an associate at a relatively new firm called Arnold, Fortas & Porter.  Two years later, in 1953, she was preparing to take maternity leave for the birth of her first child and Krash was looking for a legal job with increasing desperation, Berger’s firm having ended operations the previous winter.  Wald called Krash and asked if he could fill in for her during her time away.  Krash accepted gratefully and has not left the firm to this day.

When Krash arrived, Arnold, Fortas & Porter was a firm of eleven lawyers.  Krash quickly became friends with two of the younger lawyers, Norman Diamond and Bud Vieth.  His first case was an antitrust matter but he quickly became immersed in a range of cases, including one for Abe Fortas that raised fundamental questions about the insanity defense and the nature of the relationship between psychiatry and law.  Soon, of course, Krash would be working for Fortas on the highest-profile case of their careers, Gideon v. Wainwright, in which the firm was victorious in obtaining a decision that guaranteed the right to counsel to every criminal defendant in the United States.  Before reflecting on that case, though, Krash discusses his early career at the firm, as well as his impressions of the firm’s founders, all three of them giants of mid-century Washington, D.C.  Of Arnold:  “Of all the hundreds of people at Arnold & Porter, I regard [him] as the greatest person in the firm.”  Of Fortas:  “I count Fortas as the most able lawyer I have ever met.”  Of Porter:  “He was a superb raconteur. . . . He complemented the two others . . . in an important way in that he had greater experience in the government than any of them.”

Krash then discusses Gideon in detail.  He recounts the remarkable moment that Fortas gave him the assignment:  “I want to know everything about the right to counsel since the invention of money,” Fortas said.  Krash describes the intensive drafting process that he and his colleagues went through to produce the brief, including the special care Fortas took to get the name of John Hart Ely, a summer associate who had performed helpful research (and went on to become an influential legal intellectual), on the title page of the final product.  Krash also discusses the legacy of Gideon, both in the law and in his own life.  He has remained connected to the community of public defenders and those concerned about legal representation of the poor through conferences and commemorations of Gideon, and it has continued to add to his understanding of the underside of the criminal justice system.

After discussing Gideon, and then his perspective on the dramatic events surrounding then-Justice Abe Fortas’s nomination to be Chief Justice and the subsequent withdrawal of that nomination, Krash narrates the phase of his career that saw him transitioning to become a relationship partner with numerous large corporate clients.  In particular, he tells the story of the rise of Philip Morris, which was only the sixth-largest cigarette manufacturer in the country when he inherited the relationship before the launch of Marlboro.  Krash’s own work for Philip Morris, though, centered on a different small part of their business:  a regional beer company it had just acquired called Miller.

In the 1970s, Krash’s purview expanded further:  a matter on behalf of the prestigious New York firm White & Case bringing him before the SEC under the leadership of Stanley Sporkin; the beginning of a long and fruitful association with Yale Law School that saw him conducting a weekly seminar for 25 to 30 students (“I was very meticulous about not recruiting them,” he promises); and expanded administrative responsibilities as the firm grew and its original leadership aged.  Krash emphasizes the breadth of his professional life, something that he believes has been largely lost from the practice of law since that time.  He also discusses his burgeoning family, with two daughters growing up and an expanding cultural life nurtured by the guidance and encouragement of his wife.

Finally, Krash comes to the last phase of his career and his retirement.  He talks about managing the handoff to younger lawyers of the relationships with clients who had trusted him for decades, which he took care with and says were conducted reasonably smoothly.  He worked on an amicus brief submitted to the Supreme Court in an early assisted suicide case; the brief’s lead author was the eminent legal philosopher Ronald Dworkin.  Krash offers thoughtful and ambivalent discussion of the moral and constitutional issues, and says he is still fascinated by them.  He was able to travel the world with his wife more extensively during these years, including a trip to China that saw the couple in Beijing during the events leading up to the massacre in Tiananmen Square.  He closes with reflections on the changes in the legal profession over the course of his career, on which his verdict is mixed.  The vastly enlarged space of opportunity for women and minorities is a great gain, but other developments, like the tremendous difficulty in making partner for new associates and the longer hours – and concomitant family sacrifices – demanded of all practitioners are less welcome.  The changes Krash witnessed are the product of a keen observer and great storyteller reflecting on a remarkable legal career.

Abe Krash received a law degree from the University of Chicago in 1949 and was a graduate fellow at the Yale Law School. He has been a visiting lecturer at Yale Law School and is presently Visiting Professor from Practice at the Georgetown University Law Center where he teaches Constitutional Law. Mr. Krash is the author of numerous articles on topics relating to constitutional law, antitrust and trade regulation, criminal law, and federal civil procedure.

He was for many years head of the Arnold & Porter antitrust practice group, and he was President of the Friends of the Law Library of Congress. Mr. Krash was counsel for many major companies, including among others Miller Brewing Company, Kraft General Foods, Philip Morris, Lever Brothers, and Monsanto, in all kinds of proceedings.