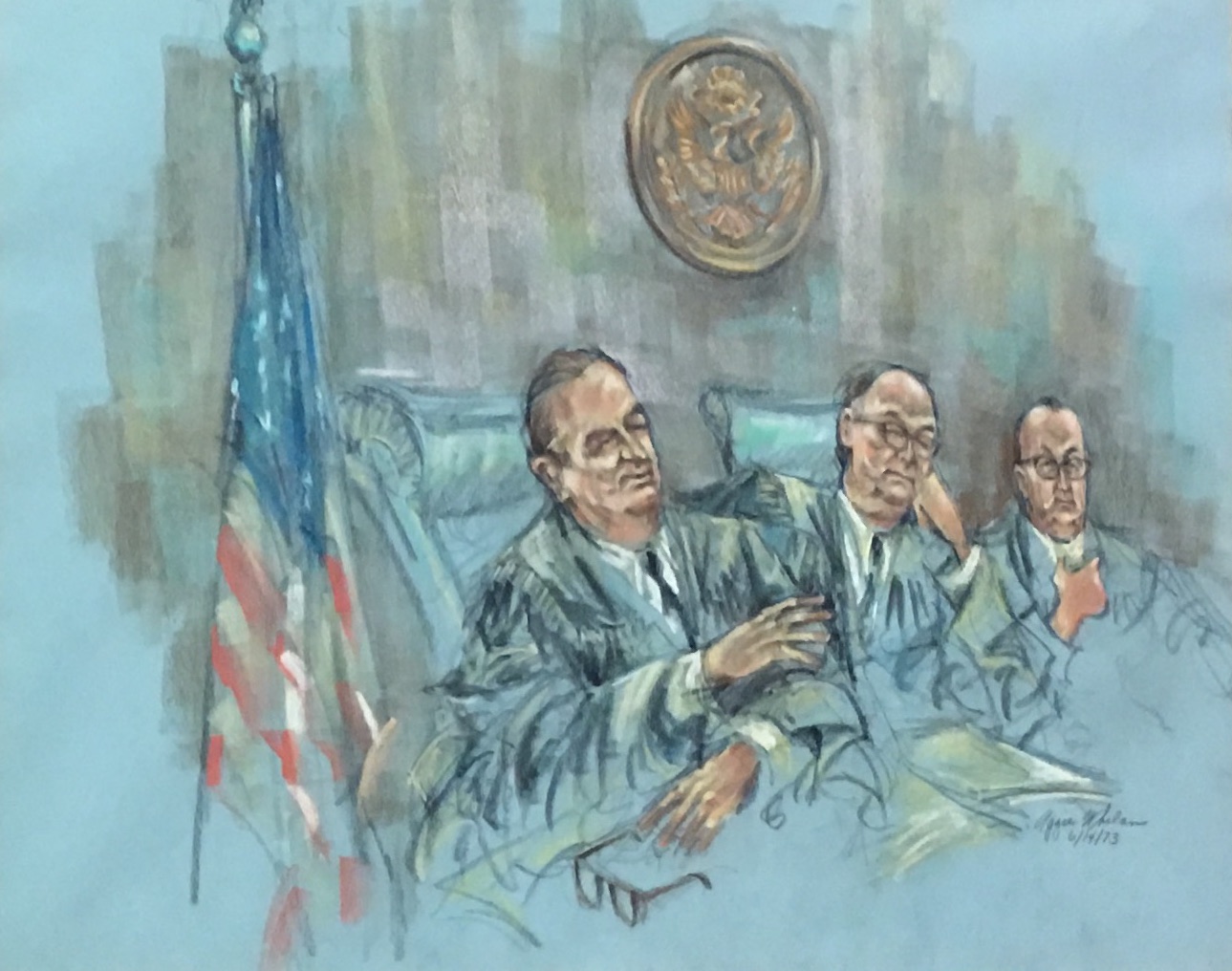 Circuit Judges J. Skelly Wright and Roger Robb and District Court Judge George L. Hart, Jr., hearing argument on June 14, 1973, as depicted by artist Aggie Whelan. Judge Hart sat by designation in the U.S. Court of Appeals for the District of Columbia Circuit only a few times. The drawing was donated to the Historical Society of the D.C. Circuit by Patrick M. Raher, Esq., former law clerk to Judge Robb.