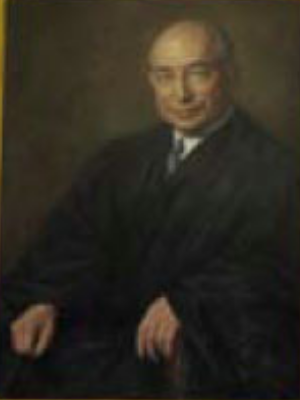 Alexander Holtzoff was born in Riga, Russia in 1886 and served as federal district judge from 1945 until his death in 1969. During his prior career in the Justice Department, he helped write the Federal Rules of Civil Procedure and the Federal Rules of Criminal Procedure. Thus, the two articles Holtzoff wrote for the Journal of the Bar Association of the District of Columbia on the Rules of Civil Procedure before becoming a judge are notable. The first was in 1939 and the second in 1940. He also wrote a more general article in 1939 on Recent Developments in Federal Jurisprudence. After his death, the Bar Association paid tribute to him in the Journal and included an article by Miami News reporter Ian Glass about Holtzoff serving there temporarily to preside over a fraud case. The article recounted that when counsel objected to the admission of evidence in the case and cited a certain law as the reason, Holtzoff immediately overruled the objection, adding, “Incidentally, I know about that law. I authored it.” In 1973, Holtzoff friend Judge Matthew McGuire penned another tribute in the Bar Journal.