In 1957, James R. Hoffa—Vice President of the Teamsters Union and a reputed mobster—was indicted for bribery and for attempted obstruction of the Senate Select Committee that was investigating him.

He was charged with bribing attorney John Chesty to get a job with the Senate Committee so that he could gain access to secret files. To Hoffa’s dismay, Chesty reported his actions to the Committee and the FBI. 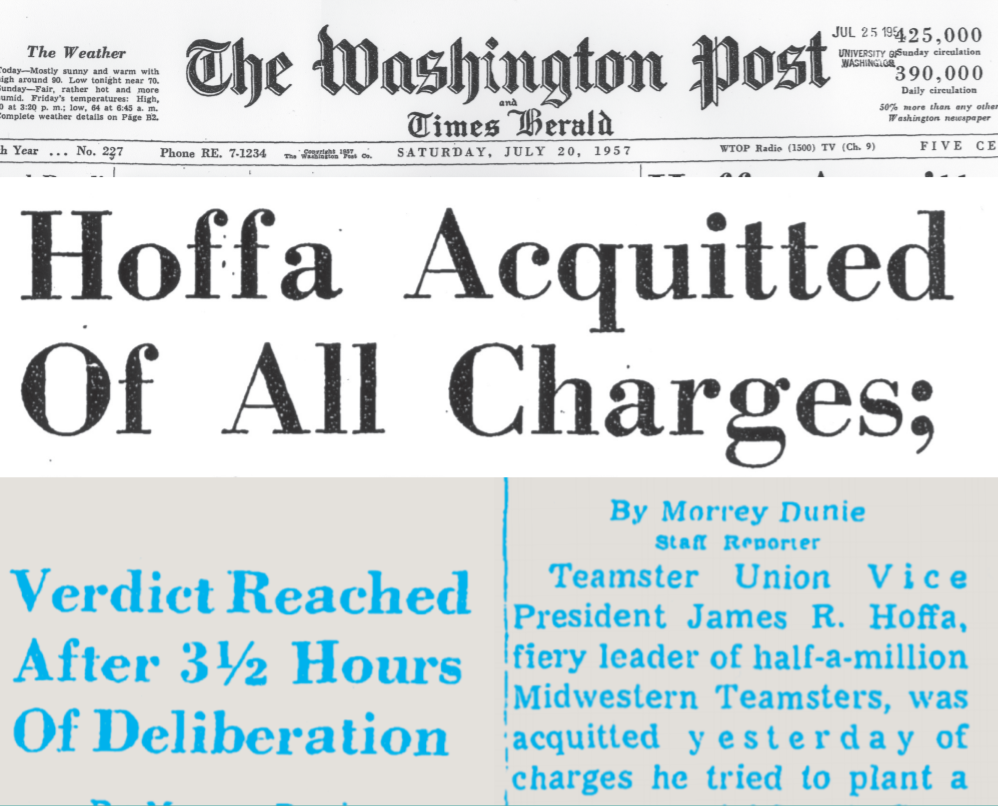 After a lengthy trial, the jury deliberated just three and a half hours before finding Hoffa not guilty of all charges. Hoffa was defended by famed attorney Edward Bennett Williams. Hoffa was tried before Judge Bernita Shelton Matthews, the first woman appointed to be a U.S. District Judge.