Female employees sued Northwest Airlines alleging violations of Title VII of the Civil Rights Act of 1964 and the Equal Pay Act of 1963.

District Court Judge (later Chief Judge) Aubrey Robinson engaged in detailed factual analysis of the respective duties of each position and concluded that they were “essentially equal when considered as a whole.”

The Court awarded plaintiffs both monetary and injunctive relief. The Court of Appeals substantially affirmed the District Court’s findings and holding. 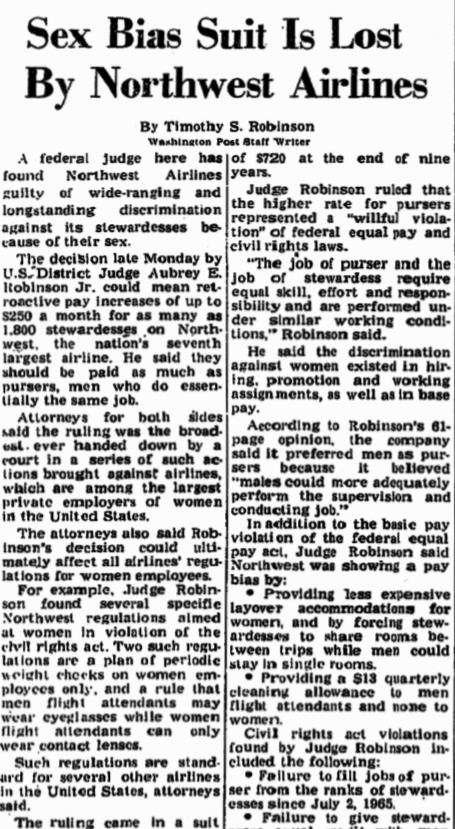