Dedication of the US Courthouse for the District of Columbia 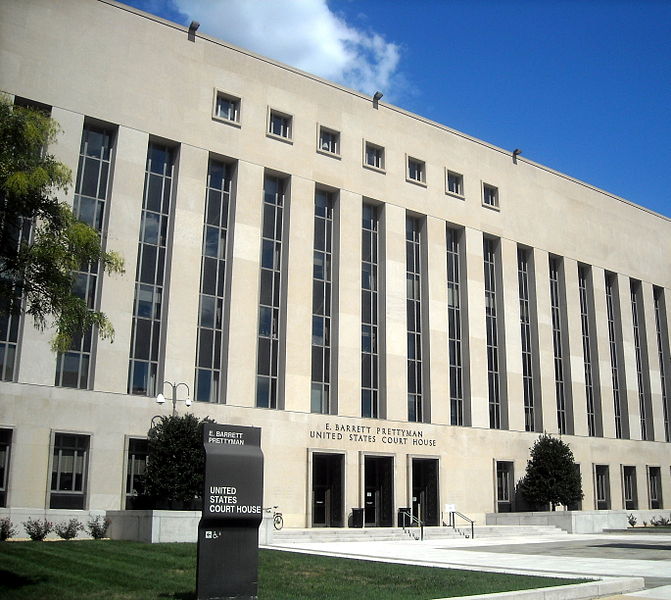 Only two days after tens of thousands of troops from the North launched the surprise invasion that would become the Korean War, President Harry S. Truman helped lay the cornerstone for what would become the E. Barrett Prettyman U.S. Courthouse. In the presence of a host of legal luminaries, including Chief Justice Fred M. Vinson, Truman delivered remarks that underscored the importance of the rule of law in securing justice, protecting individual rights, and guarding against arbitrary governmental power.

But – perhaps with events in distant Asia on his mind – Truman spoke not only of the Constitution and the Bill of Rights, but also of what he hoped would someday be of equal significance: the Charter of the United Nations and the Universal Declaration of Human Rights. Given their growth and their importance, the courts of the District of Columbia deserved a new building, observed the president. But, he continued, “the spirit and the meaning of our courts do not lie in the material settings we provide for them, but in the living ideas which they enshrine.” And Truman hoped that the same “living truth” would inspire the United States to lead the way in “the quest for the international protection of human rights.”

The ceremonial events of June 27, 1950 also included remarks by United States Court of Appeals Chief Judge Harold M. Stephens and United States District Court Chief Judge Bolitha J. Laws. Deposited in the cornerstone, among other items, were transcripts of the day’s speeches, photographs of the President and other government leaders, architectural plans for the new courthouse, bound volumes of recent court decisions, various local newspapers, and a Bible.