A Summary of the Oral History of Judge William Bryant 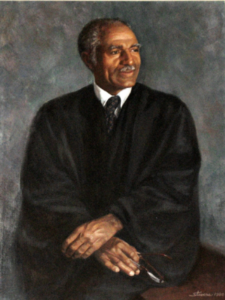 A career of repeated “firsts” – such would be an appropriate five-word summary of the life of Judge William B. Bryant – first in his class at Howard Law School; the first African American Assistant United States Attorney in Washington; the Supreme Court advocate who won Mallory v. United States, one of the first decisions in the modern era recognizing the rights of criminal defendants; and the first African American Chief Judge of the U.S. District Court for the District of Columbia.

Judge Bryant’s engrossing oral history for the Historical Society is summarized by Washington attorney William Schultz, who writes:  “The oral history conveys a story of an African American man of enormous talent, wisdom, and storytelling ability, who always brought a fresh perspective to any issue, who was a keen judge of human character, who spoke with elegance about the judicial system, and who brought a sense of optimism to every challenge.”