A Summary of the Oral History of E. Barrett Prettyman, Esq. 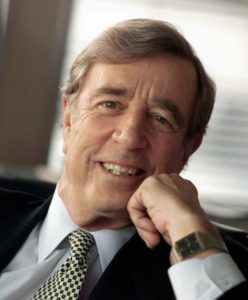 Learning more about any one of Barrett Prettyman’s accomplishments might make his oral history worth exploring.  But the fact that he had so many accomplishments – growing up as the son of a judge; landing on the beaches of Normandy; clerking for no fewer than three Supreme Court Justices; negotiating with Fidel Castro after the Bay of Pigs fiasco; working in the Kennedy administration; establishing a renowned Supreme Court appellate practice at Hogan & Hartson; representing authors such as Truman Capote; and writing a book about the death penalty – makes his life story all the more fascinating.  Washington attorney Robert Kapp, who conducted the oral history, has prepared a summary that provides additional details about some of Prettyman’s career highlights.