A Summary of the Oral History of Abe Krash , Esq. 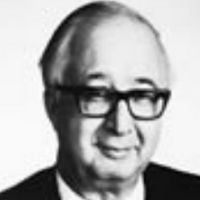 Few lawyers in Washington have had a career as important and impactful – and all the while at the same firm, no less – as Abe Krash of Arnold & Porter.  Krash joined A&P in 1953 as only its twelfth lawyer and stayed there for decade after decade.  As a result, his oral history is as much a biography of one of Washington’s premiere law firms as it is about Krash himself.  He profiles his legal-legend colleagues, including (former Judge) Thurman Arnold, (future Justice) Abe Fortas, and (former FCC Chair) Paul Porter.

But the highlight of the oral history is Krash’s discussion of his and the firm’s work on Gideon v. Wainwright, the landmark Supreme Court case that guaranteed representation for all persons accused of crimes.  Krash’s oral history is ably summarized by Jonathan Ogden, a legal assistant at Arnold & Porter.