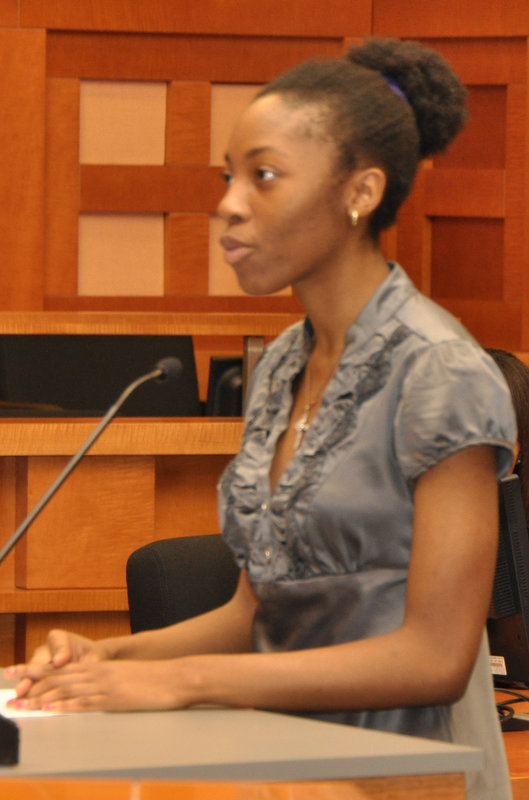 On April 12, 2013, 75 students from six D.C. public high schools and two private schools had the unusual opportunity of arguing in the federal courthouse before federal judges in the eighth Mock Court Program sponsored by the Historical Society.

Nine judges heard the arguments and selected an outstanding advocate in each of their courtrooms-with each winner receiving a monetary prize from the Society. Prior to the Program, 28 volunteer attorneys from eight law firms helped prepare the students for their arguments.

Chief Judge Royce Lamberth welcomed the students at the opening ceremony, and Chief Judge Merrick Garland congratulated them at the closing ceremony when each of the nine judges presented certificates to the participating students and announced the outstanding advocate in his or her courtroom.

Almost all of the judges noted that the choice of an outstanding advocate had been difficult because so many of the students had given excellent arguments. The program concluded with a reception in the courthouse Atrium.