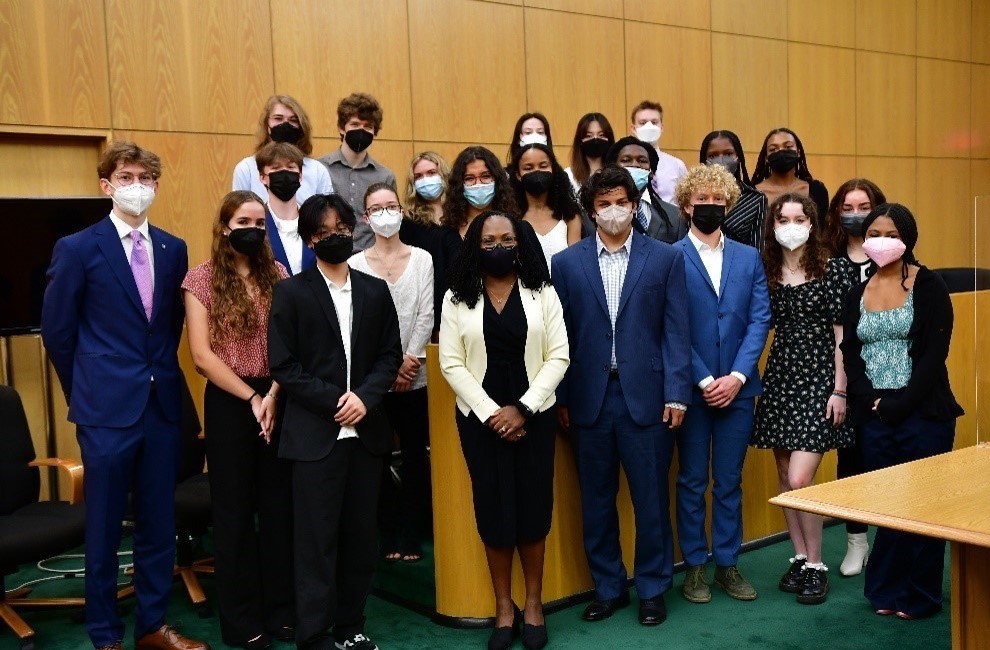 A Class Discussion with a Supreme Court Justice in Waiting

The Society hosted a special program on May 11, 2022. Judge (now Justice) Ketanji B. Jackson, was joined in person by 21 juniors and seniors from an AP Government Class at School Without Walls in Washington, D.C. The students previously participated in the Society’s Seventeenth Annual Mock Court Program on March 4, 2022.

Judge Jackson, a former Society Board member and a supporter of the Mock Court Program for many years, was scheduled to participate and hear arguments from students on March 4th but her nomination to the Supreme Court on February 28, 2022 left her otherwise occupied.

The discussion, which lasted over 45 minutes, started with Judge Jackson probing the students’ impressions of the Society’s Mock Court Program. Those responding praised the Mock Court Program, the opportunity it provided, the assistance they received from their attorney mentors, and the challenges it presented for first-time public speakers.

Judge Jackson, in turn, fielded questions such as: “Do you think lifetime judicial appointments are good or bad?” “Isn’t precedent important to the integrity of a 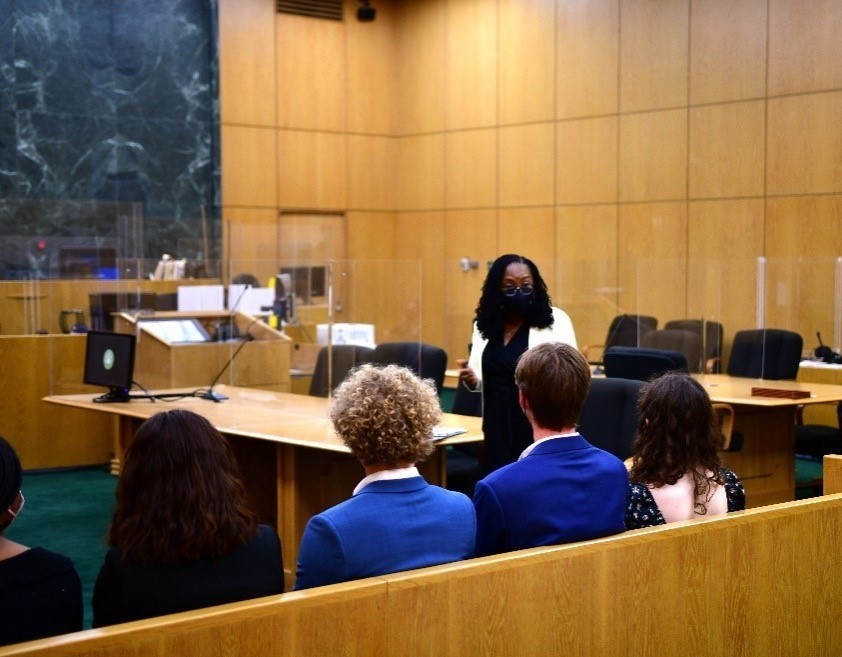 court?” “What were the most important lessons you learned in high school?” “Should judges stay in direct contact with the public?” “What is the best way to affect and change laws that we don’t agree with?”

In addition, Judge Jackson emphasized to the students the importance of learning how to speak publicly, of developing self-confidence in themselves, of maintaining networks of friends and colleagues, and of being open to new ideas and different studies that interest them, as they make their way through college and beyond. In short, she was inspirational, and the students were inspired.