The Society held its 15th annual Mock Court Program on March 6, 2020. This year, 135 Washington D.C. high school students made their first oral arguments in court. Each argued either a 1st or 4th Amendment case before a federal judge who listened intently and peppered them with questions that they were well prepared to answer.

The program began with remarks from Chief Judge Sri Srinivasan, who welcomed the students and provided encouragement for their upcoming arguments. He also thanked the participating judges, attorney mentors and teachers for their work with the students. At the end of the program, Chief Judge Beryl Howell provided closing remarks, commending the students for their work and discussing the lessons they learned from the program regarding the administration of justice in the federal courts. Chief Judge Howell, who directly participated in the program again this year, also thanked her colleagues for their involvement in the program:  Judge Rudolph Contreras, Judge Ketanji Jackson, Judge Christopher Cooper, Judge Tanya Chutkan, Judge Randolph Moss, Judge Reggie Walton, Magistrate Judge Deborah Robinson, Magistrate Judge G. Michael Harvey, and Federal Circuit Judge William Bryson. 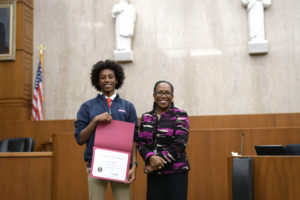 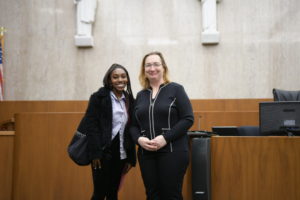